Accessibility links
Scientists Shed Light On Festive Medical Myths A pair of scientists have debunked popular holiday- and winter-themed conventional wisdom. Among the claims disproved in the study: People lose most of their body heat through their heads; poinsettia leaves and flowers are toxic; and the rates of suicide increase in the winter. 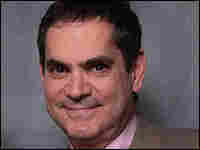 Indiana University doctors Rachel Vreeman and Aaron Carroll have debunked a group of health-related myths in an article in the medical journal BMJ. As we approach the end of the year and its attendant celebrations, bear in mind these scientific findings.

First of all, if you have kids or pets, you don't have to worry anymore about having poinsettias around your house. Despite long-standing beliefs to the contrary, poinsettia leaves and flowers are not poisonous. Toxicity studies in rats and reviews of Poison Control Center data about human ingestion have failed to find any toxic level of poinsettia.

Here's one that will make your kids happy: Eating sugar and sweets does not make children hyperactive. Although countless parents will swear it's not true, at least a dozen carefully controlled studies have failed to find any effect of dietary sugar on children's behavior. And some of these studies were even done on so-called hyperactive kids who were thought to be at greater risk for this reaction.

It turns out that at least part of the problem is parental expectations. This was confirmed by a study that had parents score their children's behavior after they consumed what the parents thought was a sugary drink. Even when the drink contained no sugar, the parents rated their kids' behavior as hyperactive. So, bring on the sugarplums.

On a more serious note, the common wisdom that suicides are more frequent during the winter holiday season is also false. Studies done around the world have failed to find a spike in suicide rates during the holidays or during the cold, dark winter months. Suicide levels peak at different times in different countries among people of different ages, but there is no consistent pattern.

Speaking of cold weather, how many times have you heard that you "lose most of your body heat through your head"? My mother certainly told me that, and even the U.S. Army survival manual tells us that soldiers lose "40 to 45 percent" of body heat through their heads.

But recent studies have debunked this old soldier's tale. Any uncovered part of the body loses heat and will drop the core body temperature proportionately. If you walk outside in winter with a hat on but wearing shorts, you're gonna be cold.

Finally, for New Year's Eve, what's your favorite nostrum to prevent or treat a hangover? Bananas? Aspirin? Burnt toast? Raw eggs? Black coffee? Surprisingly few scientific studies have been done on hangover medicines and, unfortunately, no scientific evidence supports any cure for drinking too much.

Some studies in rats show promising potential treatments, but nothing is ready for prime time yet. Bottom line? Drink alcohol in moderation if you don't want a hangover. And have a happy, healthy new year.

Family physician Douglas Kamerow, a former assistant surgeon general, is a chief scientist at RTI International. He lives in Maryland.