Accessibility links
Rebecca Parris On Piano Jazz Vocalist Rebecca Parris has won fans and critical praise for her impeccable phrasing and classic sense of swing. Her rich and sultry voice has spawned comparisons to Rosemary Clooney and Dinah Washington, but Parris's sound is very much her own. 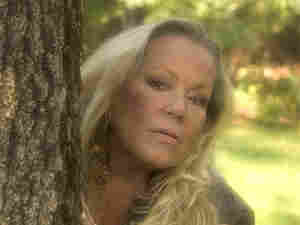 Singer Rebecca Parris hails from Newton, Mass. Both of her parents were music teachers and several of her extended family members were also involved in music. She began singing at an early age and was actively involved in musical theater throughout her youth.

Parris studied with her uncle, vocal coach Blair MacClosky, before attending the Boston Conservatory where she studied opera and theater. After college, Parris made a name for herself as a pop singer, fronting a number of Tp 40 cover bands in the Northeast. In the 1980s, after much encouragement from friends and colleagues, Parris shifted her focus to jazz.

Since then, Parris has performed around the world and in festivals from Oslo to Monterey. She's appeared with such musicians as Dizzy Gillespie, Gary Burton, Buddy Rich, David "Fathead" Newman and Red Mitchell. She can count the late great singers Carmen McRae and Sarah Vaughan as friends and mentors. Known by many as Boston's First Lady of Jazz, Parris remains based outside of Boston in Duxbury, Mass.

Like her parents before her, Parris is also active as a music educator. She has her own private studio of vocal students and she's also given workshops and clinics on vocal technique, scat, and even music business.

Her latest release is You Don't Know Me.