Accessibility links
Chrysler Shutdown Worries More Than Detroit Three The Bush administration said Thursday that it wouldn't allow a "disorderly collapse" of U.S. automakers. But it's not just the Detroit Three that are in dire straits. Inventories are stacking up, and consumers are steering clear of car purchases for all makes and models. 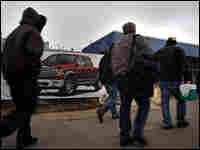 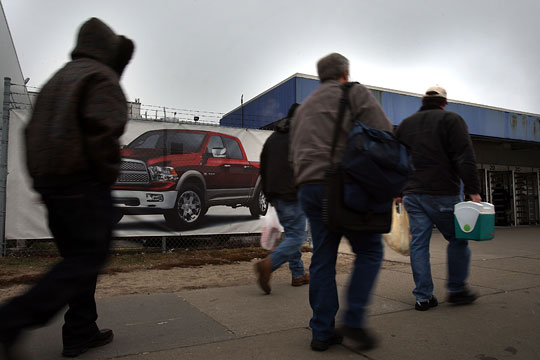 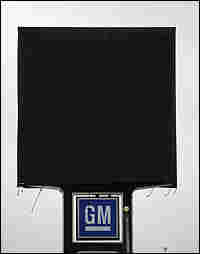 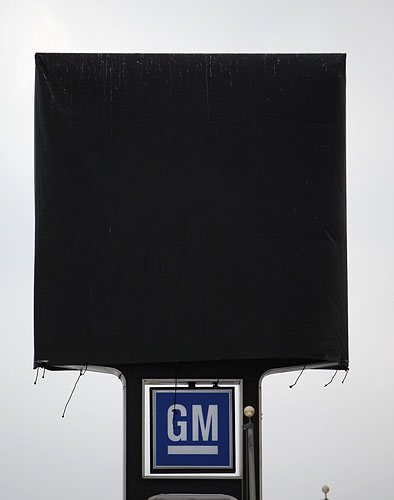 A sign at a closed General Motors car dealership is covered Wednesday in Warren, Mich.

With U.S. automakers scrambling to find emergency funding to stay afloat, the Bush administration said Thursday that it would not allow a "disorderly collapse" of General Motors, Ford and Chrysler.

White House Press Secretary Dana Perino said "the overwhelming evidence is that the collapse of the American auto industry would have a terrible negative consequence for our national economy," including massive job losses and the failure of other businesses that depend on the auto industry. But the White House has yet to announce any concrete plans for a structured bankruptcy or other options.

Here, a look at some of the reasons the Detroit Three are running out of gas.

What is the situation today for the U.S. auto industry?

Most auto analysts and experts would agree that the U.S. auto industry is in sad shape. Inventories are stacking up, and with credit markets still dysfunctional — and the economic outlook uncertain — consumers have little appetite for plunking down money for a new car.

Is everyone in favor of preventing the Detroit Three from filing for bankruptcy?

No. Michael Cusumano, a professor at the Massachusetts Institute of Technology's Sloan School of Management, said in November that the U.S. automakers should file for Chapter 11 bankruptcy protection.

The "decline in competitiveness" of U.S. automakers "is a long-term problem, going back to the 1970s and 1980s, beginning with lagging physical productivity in assembling automobiles compared to the leading Japanese companies, and then in quality and also in engineering productivity for product development," he said.

Although they don't get much credit, the companies have moved to cut costs and bring them more in line with foreign competitors. Last year, for instance, the companies pushed the United Auto Workers into a deal that would eventually slash health care costs. Unfortunately, those savings don't really kick in until 2010, and the companies are now mired in a dismal market where they are burning through cash.

Felix Kramer, the founder of CalCars, a nonprofit advocacy group that supports the development of plug-in hybrids, says it's important to remember that 90 percent of a car's cost goes to the companies that supply the parts, with only about 10 percent going toward labor.

"Many people have really underestimated the impact of a bankruptcy of even one of these companies," Kramer says. "People are being very casual about the idea of a bankruptcy here. I think it would be catastrophic for the American economy. Their way forward is with a new generation of green cars, and I think they can do that — they're starting. If they stay in business — the Detroit Three — they will build plug-in cars."

Does the Chrysler factory shutdown put more pressure on the Bush administration to do some kind of a bailout?

On Wednesday, Chrysler announced a monthlong shutdown of its auto plants because of a dearth of cash and a slide in sales caused by tight consumer credit. The company has been lobbying for $7 billion in federal loans in order to stay solvent.

It's not uncommon for automakers to shut down or reduce production at certain times of the year, but it's typically for a short break for holidays between Christmas and New Year's, or during the summer. In past decades, they would shut down for long breaks to shift production lines, says Paul Eisenstein of The Detroit Bureau, an independent auto news service.

"This sort of wholesale monthlong closure is not a sign of anything except the desperation the industry is in," he says. One practical reason for Chrysler's shutdown is that the company couldn't continue to put more cars into an already overstuffed inventory. But the timing also coincides with the company running out of money.

Is the auto crisis spreading beyond Detroit?

Yes. Foreign automakers are feeling the pinch because the recession is global in scale. From Europe to Japan, Brazil, Russia, India and China — all auto manufacturers are caught in a serious slowdown, and there are no safe havens, Eisenstein says.

"This is not unique to Detroit anymore," he says. "The situation is so desperate that Honda and Toyota notably are either temporarily closing or cutting back production at a number of their plants."

Barbara McDaniel, a spokeswoman for Toyota, says the company is freezing any additional hiring and equipment installation for a production plant that will be the only factory dedicated to producing its Prius hybrid for the U.S. market. The Blue Springs, Miss., plant, which has already hired 100 people, was projected to employ about 1,500. "Toyota is evaluating all of its operations around the world," McDaniel says, adding that the company plans to complete the plant's construction next spring. Presently, all Priuses sold in the U.S. are manufactured in Japan.

The slow pace of car sales — for all sizes and types of vehicles, including the Prius — is also an industry-wide trend. That means they're stacking up in car yards near North American plants and, in the case of imports, in port facilities around the country.

"A bankruptcy of any of the Detroit Three carmakers would be really undesirable," says Michael Michels, a spokesman for Toyota's motor sales division. "Our North American production depends on a lot of U.S. suppliers — more than 500. If any of those are at risk, then our production capabilities would be at risk."

With reporting by NPR's Frank Langfitt, Peter Overby and The Associated Press