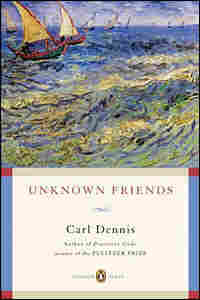 Born in St. Louis in 1939, Pulitzer-winning poet Carl Dennis is the artist in residence at SUNY at Buffalo. "Thanksgiving Letter from Henry" is a poem from his most recent book, Unknown Friends, which will be released in April by Penguin.

To mark National Poetry Month, NPR.org is featuring a series of newly published works selected by the Academy of American Poets. Learn more about this and other titles at the academy's New Spring Books list.

I guess I have to begin by admitting

I'm thankful today I don't reside in a country

My country has chosen to liberate,

That Bridgeport's not my home, not Baghdad.

Thankful my chances are good, when I leave

For the Super Duper, that I'll be returning.

And I'm thankful my TV set is still broken.

For the havoc inflicted on others in my name

When I need all the strength I can muster

To teach my eighth-grade class in the low-rent district.

There, at least, I don't feel powerless.

There my choices can make some difference.

My students' choice of vocation, though the odds

My history lessons on working the land

Will inspire any of them to farm

Are almost as small as the odds

One will become a monk or nun

Trained in the Buddhist practice

We studied last month in the unit on India.

The point is to get them suspecting the world

They know first hand isn't the only world.

As for the calling of soldier, if it comes up in class,

It's not because I feel obliged to include it,

As you, as a writer, may feel obliged.

A student may happen to introduce it,

As a girl did yesterday when she read her essay

About her older brother, Ramon,

Listed as "missing in action" three years ago,

And about her dad, who won't agree with her mom

And the social worker on how small the odds are

That Ramon's alive, a prisoner in the mountains.

I didn't allow the discussion that followed

More time than I allowed for the other essays.

And I wouldn't take sides: not with the group

That thought the father, having grieved enough,

Ought to move on to the life still left him;

Not with the group that was glad he hadn't made do

With the next-to-nothing the world's provided,

That instead he's invested his trust in a story

That saves the world from shameful failure.

Let me know of any recent attempts on your part

To save our fellow-citizens from themselves.

In the meantime, if you want to borrow Ramon

For a narrative of your own, remember that any scene

Where he appears under guard in a mountain village

Should be confined to the realm of longing. There

His captors may leave him when they move on

There his wounds may have healed,

His health restored. A total recovery

Except for a lingering fog of forgetfulness

A father dreams he can burn away. 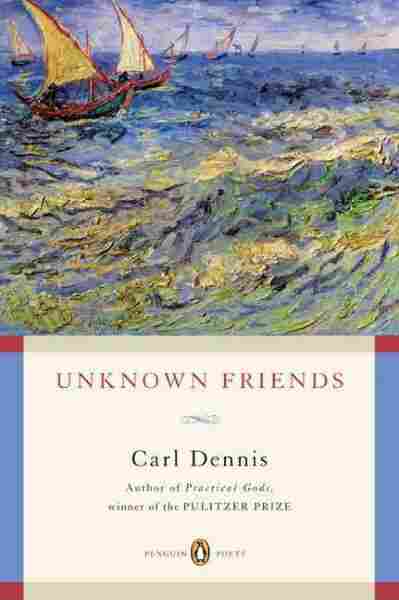