Accessibility links
Rod Blagojevich And The Poetry Slam With his back against the wall, the Illinois governor turns to ... Rudyard Kipling? Turns out the English poet is a favorite of high-profile people in times of crisis.

Rod Blagojevich And The Poetry Slam

Rod Blagojevich And The Poetry Slam 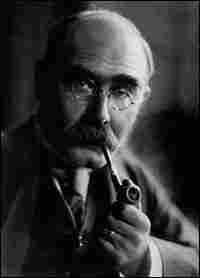 The English poet Rudyard Kipling, pictured here circa 1920, is a favorite of high-profile people in times of crisis. Corbis hide caption 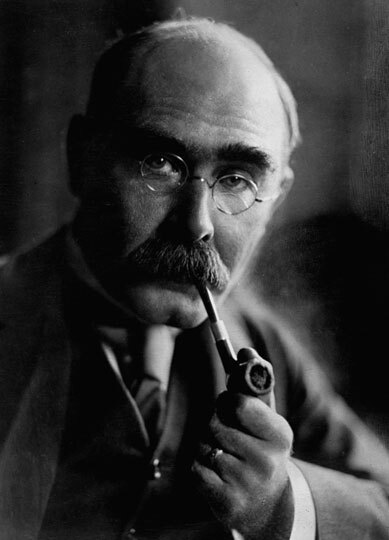 The English poet Rudyard Kipling, pictured here circa 1920, is a favorite of high-profile people in times of crisis.

As it turns out, Illinois Gov. Rod Blagojevich is not the first to quote the popular English poet Rudyard Kipling at a time of great turmoil.

At a news conference Friday, Blagojevich protested his innocence in the Senate-seat controversy and vowed — at least three times — to fight his enemies. He then cited lines from Kipling's poem If.

British Prime Minister Margaret Thatcher called on Kipling following a bomb attack in 1984. During the Iran-contra scandal, a congressman quoted Kipling as he praised the loyalty of Ollie North. Even University of Maryland basketball coach Gary Williams quoted Kipling in the mid-1990s when his team was sucking wind.

"If you can keep your head when all about you are losing theirs and blaming it on you, / if you can trust yourself when all men doubt you ..."

You know the verse. If is the kind of poem you find in the Wal-Mart poster bins along with Desiderata.

It's so familiar, says Thomas Pinney, professor emeritus at Pomona College and a Kipling scholar, "it's hard to escape a kind of irony about it."

Kipling is often employed as a poetic life raft, Pinney says, because "he's very quotable." And Kipling writes about the indomitability of the human spirit. The stiff-upper-lipped old chaps, cheerio and all that.

"He wrote about people who led active and heroic lives," Pinney says. "They are tough."

Kipling has also been accused of being a racist, believing in the white man's burden.

Not too many years ago, Pinney says, If was voted the favorite poem in England. First published in 1910, the poem was thought by many scholars to be about George Washington, Pinney says. But Kipling wrote that he was honoring Dr. Leander Starr Jameson, who led a raid by the Brits in 1895 that resulted in disastrous defeat.

So did Kipling expect readers to approach the poem ironically? "You would think so," Pinney says, laughing. "But no. Kipling had high admiration for Jameson."

It is in many ways, Pinney says, "a remarkable poem."