Accessibility links
A Mother's Memoir Of A Child She Never Knew Fiction writer Elizabeth McCracken thought she would never write a memoir; too often, she says, memoirs center on "the worst thing that ever happened to" an author. But when her first child died in utero just days before he was due to be born, McCracken realized she needed to write about it.

Listen
A Mother's Memoir Of A Child She Never Knew 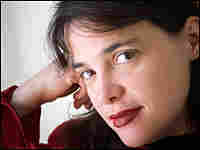 Elizabeth McCracken is a graduate of and faculty member at the Iowa Writers' Workshop and the mother of three children. Tom Langdon hide caption

Reviewer John Freeman says Elizabeth McCracken's An Exact Replica of a Figment of My Imagination "takes that broken, imperfect imaginary world and gives it a permanent, perfect home."

Fiction writer Elizabeth McCracken thought she would never write a memoir; too often, she says, memoirs center on "the worst thing that ever happened to" an author. But when her first child died in utero just days before he was due to be born, McCracken realized that she needed to write about it.

McCracken revisits her son's death — and the loss and longing that followed — in her memoir, An Exact Replica of a Figment of My Imagination.

McCracken and her husband Edward Carey, also a writer, were living in France during her pregnancy. They had settled in an old farmhouse near Bordeaux and were getting ready for the next stage of their life to begin when it became clear that something was wrong.

A sonogram confirmed that their son was dead. But McCracken would still have to deliver her child — though the delivery was delayed 36 hours so that doctors could do tests to find out what had caused his death.

During her pregnancy, McCracken and her husband had nicknamed their son "Pudding," and in the end, that is the name they used on his death certificate.

"You know, we had a couple of names we were possibly going to call him, but he had only ever really been Pudding," Carey says. "He would have become something else had he lived, but he didn't, and so it seemed absolutely sensible that that was his name."

As she talks about Pudding, McCracken cradles her 2-week-old daughter, Matilda, in her arms. Her son Gus, a rambunctious toddler, bursts into the room before settling on the floor to read with Carey.

McCracken and Carey are very clear about how many children they have had. If a stranger asks on the street or in a store, they might respond, "We have two." But to them, the answer is unquestionably three.

In large part, it was the need to hold on to the reality of their firstborn that led McCracken to write the book. It poured out of her in several weeks after Gus' birth, a time of conflicting and complex emotions.

"I was worried about my grief for the first child somehow interfering with my love for Gus," McCracken says. "But I was also really worried ... that this new and fantastic baby somehow meant that that first death was not as deep a sorrow as it was."

McCracken and Carey spent the summer after Pudding's death in England, where they scattered the baby's ashes on one of Carey's favorite beaches on the North Norfolk coast.

"That part of the world is sort of stamped now in our heads as a sort of sacred, sacred place," Carey says. "And we took Gus there this summer, and seeing him run around on the beach was just fantastic."

Looking at Gus, a beautiful boy, so full of life, one wonders: Is he the exact replica of the figment of her imagination? Is he their happy ending?

No, McCracken says. Gus is not an ending: "He's the start of his own story, and he is unconnected from this thing that happened before him. That's part of my story, but not part of his story."

McCracken said the "exact replica" may be the book itself: She wrote the memoir in an effort to capture every single detail of a child whose face she never looked at while he was alive.

"I couldn't manage to give him a life," she says. "But I could write his biography."

McCracken knows that the biography will always be incomplete, that the details of her firstborn's personality will always be, as she puts it, "entirely imaginary." Looking down at Matilda, she adds:

"I'm holding a 2-and-a-half-week-old in my lap who's snuffling and snorting, and I already have a much clearer idea of who she is from knowing her for two-and-a-half weeks."

Next summer, McCracken and Carey will go back to the beach in Norfolk with Gus and his new sister. It seems like the place where all three of them are together, Carey says.

Grief And Longing For A 'Figment' Of Imagination 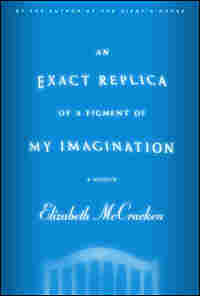 An Exact Replica of a Figment of My Imagination
By Elizabeth McCracken
Hardcover, 184 pages
Little, Brown
List price: $19.99

Elizabeth McCracken is a graduate of and faculty member at the Iowa Writers' Workshop. Tom Langdon hide caption

For nine months, Elizabeth McCracken's first pregnancy resembled the stuff of a Diane Lane comedy. A quirky, almost 40-year-old writer becomes pregnant while on sabbatical with her husband in Paris. Experts at gestating novels, the two of them stutter-step into childbirth. They move to a small French village and get a midwife. They lay off the cigarettes and wine. Learning that they're having a boy, they give him an adorable nickname: Pudding.

And then, little more than a week past her due date, McCracken is told that Pudding has quietly died in utero. Like nearly 1 in every 200 pregnancies, McCracken's has ended in stillbirth. In this wrenching memoir, the author of the hilarious story collection Here's Your Hat What's Your Hurry (1993) and an unforgettable novel, The Giant's House (1996), plunges readers into the void left behind when all that future-thinking — "here is where he will sleep; here is what he will wear" — runs into biological malfunction.

At first, McCracken is stunned by how matter-of-fact her loss feels. "Nothing had changed," she writes of the days after. "We'd been waiting to be transformed, and now here we were, back in our old life." As they resume their routine of writing and traveling, however, the Doppler wave of their dashed expectations broadsides them — hard, this time. They realize they want to try again.

Almost exactly one year after Pudding's death, McCracken successfully gave birth to a healthy baby boy. But the arrival of one child does not cancel out the lost possibility of another. In An Exact Replica of a Figment of My Imagination, the writer brilliantly reveals how grief, in a way, is like an act of imagination. Even though McCracken has a new son to care for, the life she envisioned with and for Pudding lingers, eternally and longingly suspended in an alternate universe.

In pushing back against the silence that surrounds stillbirth, McCracken will no doubt provide great solace to parents who have suffered similarly. But her book also beautifully does what only literature can. It takes that broken, imperfect imaginary world and gives it a permanent, perfect home. 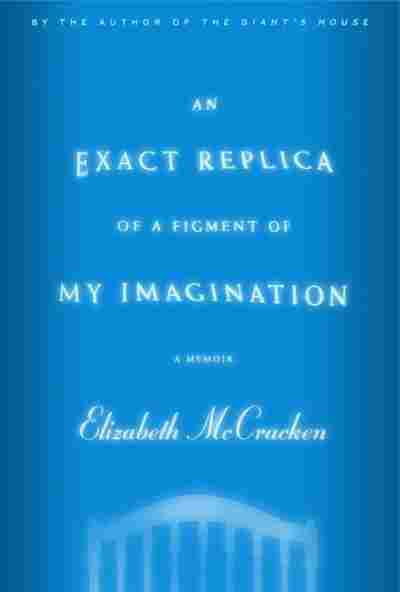 An Exact Replica of a Figment of My Imagination