Accessibility links
English Christmas Cooking From Elizabeth David A new cookbook spreads the wisdom and recipes of the late Elizabeth David, perhaps the most celebrated English food writer of the last century. David enjoys a place in British cooking and culture somewhat like that of Julia Child in the United States. 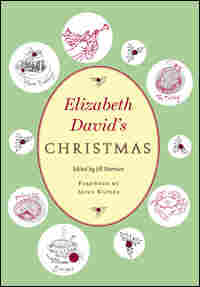 Elizabeth David, perhaps the most celebrated English food writer of the past century, enjoys a place in British cooking and culture akin to that of Julia Child in the United States. Now a new cookbook, Elizabeth David's Christmas, details the late writer's wisdom and recipes.

But the book also has what Fabricant calls a "refusal to accept those kinds of dishes flat-out, and a real preference for the Mediterranean and the foods of those countries — North Africa, Spain, Italy, France — shine through this book and shine through the cold, possibly bleakness of an English Christmas."

The cookbook is being published posthumously; David died in 1992. The current collection was put together by her friend Jill Norman from a box of materials marked "Christmas" that she found after David's death.

In her writing, David details traditional English foods and their history. "She has pages and pages on plum pudding, which she also calls porridge, or broth, as it evolved over centuries," Fabricant said.

Some of the dishes, such as frumenty, a holiday dish made by boiling and then sweetening plain wheat, even have roots that date back to the days of Roman rule in Britain.

And the process for making mayonnaise, that staple of British food, is compared to "a conjuring trick." For David, it was a personal treat to sit down with eggs and oil, a bowl and a spoon to create "the beautiful shining, golden ointment which is mayonnaise."

"She calls mayonnaise magic," Fabricant said, "and one of the most useful sauces in existence."

That kind of writing and enthusiasm set David apart from other cookbook writers.

"You can read all kinds of deconstructions of what mayonnaise represents — what the emulsion does to the cellular walls and blah, blah, blah. But it doesn't sound as yummy as this does," Fabricant said.

David's introduction to the section on bread sauce, for instance, begins with a declaration. "I do not willingly cook or eat bread sauce."

But because she knew very well that many people couldn't picture eating turkey without the gravy-like substance, David included detailed instructions on how to make it.

"She's not going to do anything halfway," Fabricant said, citing David's exhaustive approach to the history and technique behind standard British fare. "It's admirable." 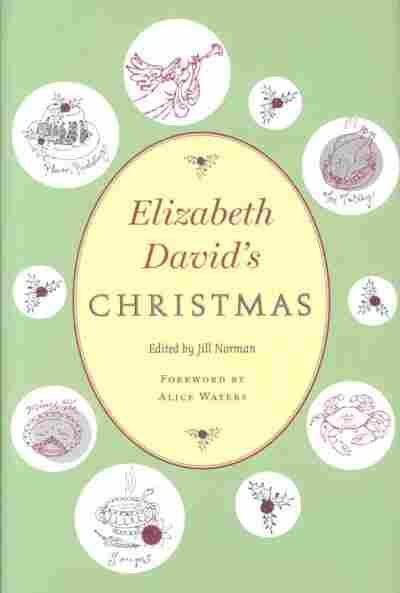