Accessibility links
Bob Mondello's Top 10, Plus 12 Bonus Picks The economy may have turned sour, but with a total take of $9.5 billion at the box office — and 22 films on our critic's year-end best-movies list — Hollywood can look back at 2008 without shame. 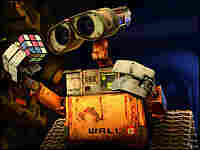 Dirty Job: Solving a Rubik's Cube is child's play next to Wall-E's assignment — cleaning up a landfill that used to be called Earth. Pixar hide caption 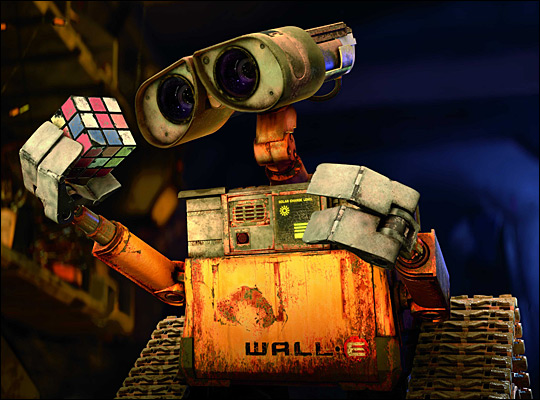 Dirty Job: Solving a Rubik's Cube is child's play next to Wall-E's assignment — cleaning up a landfill that used to be called Earth.

What's On Your List?
You've heard from the critics, now vote for the best films of 2008 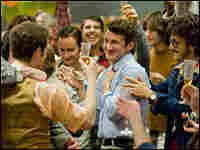 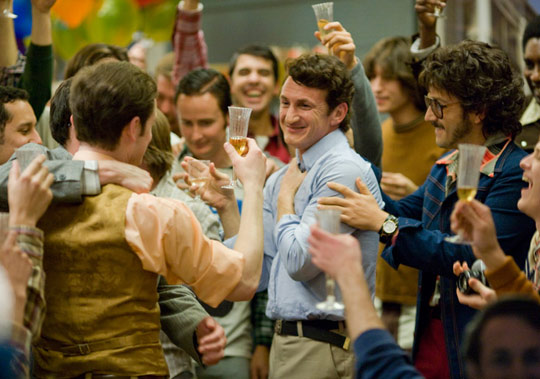 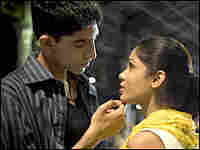 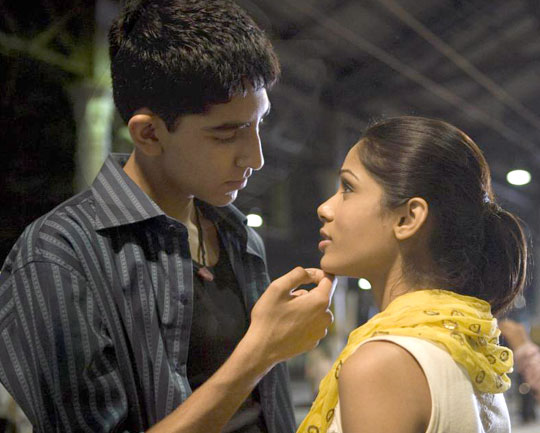 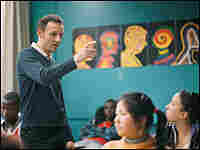 Ain't Misbehavin': In The Class, Francois Marin (Francois Begaudeau) struggles to control his unruly students, who are assuredly interested in learning — just not always from their textbooks. Pierre Milon/Sony Pictures Classics hide caption 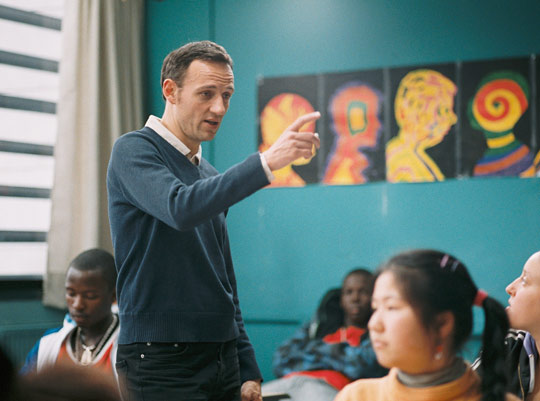 Ain't Misbehavin': In The Class, Francois Marin (Francois Begaudeau) struggles to control his unruly students, who are assuredly interested in learning — just not always from their textbooks. 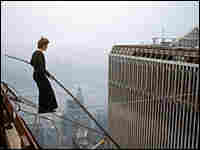 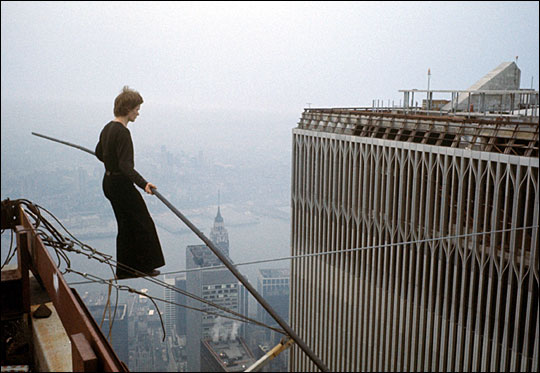 Philippe Petit's stroll through the Manhattan skies in Man On Wire took place more than 1,300 feet above ground.

The economy may be dicey, but Hollywood still had a respectable year at the box office.

With help from quite a few troubled superheroes — and last week from a yellow lab named Marley — the film industry took in more than $9.5 billion in 2008.

That's down just a hair from the previous year's all-time record. And if you look, as critics do, at quality rather than at cash, 2008 wasn't too bad either.

For the first time in ages, two of the year's most popular movies were also two of its best. Both were dark, though that didn't keep them from being exhilarating.

The first half of Pixar's animated movie is hands-down the best silent comedy since Charlie Chaplin stopped making them.

And if Wall-E's tale of environmental calamity drew big crowds, a tale of social calamity with a different kind of joker at its center proved even more popular.

That Joker, played by Heath Ledger, was the principal thorn in the side of Gotham's increasingly batty defender, The Dark Knight — and Ledger, who died earlier this year, is an Oscar front-runner for best supporting actor.

The best-actor favorite is probably Sean Penn for his portrayal of activist Harvey Milk, laboring to make San Francisco a safe haven from the sort of prejudice and anti-gay rhetoric that Anita Bryant spouted so loudly in the 1970s. Penn proved downright charismatic in Milk, hence the Oscar talk.

Similar buzz surrounds Anne Hathaway's performance as one family's black sheep, out on a weekend pass from rehab to attend her sister's wedding. Jonathan Demme directed Rachel Getting Married as a sort of elaborate home movie, using mostly hand-held cameras.

Demme's decision was an aesthetic one, but British director Danny Boyle didn't have a choice about hand-held cameras. He had to use them in the teeming slums of Mumbai, where he filmed the exuberant story of an uneducated kid — a "slumdog," as one character sneers — who surprises all of India by correctly answering question after question on TV's Who Wants to Be a Millionaire.

Boyle's Slumdog Millionaire tells its story — a love story, it turns out, and the story of a city — in flashbacks that reveal how and why its title character is managing to do so well with his final answers.

Another sort of flashback was the province of the year's most astonishing documentary: Man on Wire offers a zip back to 1974, when French tightrope-walker Philippe Petit strolled between the roofs of the World Trade Center towers. Even three decades later, the event is still alive for the folks who were up there with him, and Man on Wire is quite literally breathtaking.

That's six of the year's best. The next three are in foreign languages: a grim but stunning Romanian drama, 4 Months, 3 Weeks and 2 Days, whose title refers to the length of time the desperate main character has been pregnant; a French film, The Class, shot documentary-style with a real teacher and middle-school students playing approximations of themselves to startling effect; and the even more startling A Christmas Tale, about a holiday gathering at which a mom (played by the still-glamorous Catherine Deneuve) tells the son who is her best hope for a bone-marrow transplant that she never liked him — not one bit.

Rounding out the Top 10 is a seriously sexy American comedy set overseas — Vicky Cristina Barcelona the story of two American tourists and the city where they both find romance with a charming stranger. It's writer-director Woody Allen in top comic form.

3D glasses were the amazingly effective gimmick of the year's best concert film, U2-3D. In the documentary Pray the Devil Back to Hell, African women band together to stop abuse and torture in Liberia. The Israeli documentary Waltz with Bashir uses animation to explore Israel's 1982 invasion of Lebanon.

And two fine pictures looked specifically at how stories get told. A theater director builds a life-size replica of a Manhattan neighborhood to tell his life story in the weirder-than-weird Synecdoche, New York, while skillful impersonators re-enact David Frost's 1977 interviews with Richard Nixon in Frost/Nixon, which is an exploration of both political power and the power of television.

Foreign directors made some striking detective stories, and two of the most haunting — I've Loved You So Long and Tell No One — featured Kristin Scott Thomas.

The Edge of Heaven, meanwhile, links a half-dozen Turkish and German characters in a plot that feels like a metaphor for the expansion of the European Union.

And if all those sound too dark and complicated, try Nick and Norah's Infinite Playlist, a teen comedy sweet and smart enough to brighten any outlook.

That's 12 extras, for a total of 22 reasons for cheer as we look forward to all the special recessionary treats Hollywood has in store for 2009.

Among the titles on the horizon: Real Men Cry, My Life in Ruins, and Confessions of a Shopaholic. Can you wait?