"The Christmas spirit truly is never more alive than when you share it with your fellow man," says beer connoisseur Don Russell. In this spirit, he shares with us his favorite holiday ales. 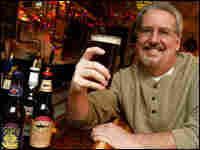 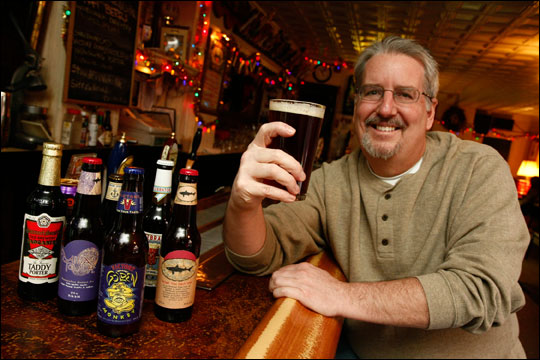 Beer columnist Don Russell says winter brews may be more true to the celebration of Christmas than Santa himself. Russell is the author of Christmas Beer and Joe Sixpack's Philly Beer Guide.

Consider the libations of the season: Spiked eggnog. Mulled wine. What about a nice frosty Christmas beer?

What might have seemed terribly declasse just a few years ago is now a full-fledged trend, thanks to the past decade's explosion of fine craft beers. At Tria, a Philadelphia bar known for its meticulously curated beer and wine lists, a half-dozen winter or holiday beers can be sampled.

The beers range from the Sly Fox Christmas Ale, brewed in nearby Royersford, Pa., to the potent Scaldis Prestige from Belgium, which might be the most expensive beer in the world. (It costs about $350 a case; a 5-ounce pour at Tria will set a person back $11.)

Russell explains that Christmas beer has a reputation for big, malty, spicy flavors, but it comes in hundreds of variations. He urges doubters to experiment with the Dupont Avec Les Bon Voeux ("an awesome holiday ale") and the De Struise Tsjeeses (a cult beer created by a couple of Belgian jokesters whose playfully sacrilegious label had to be toned down for the U.S. market).

After making the rounds — and flogging his new Christmas Beer book — Russell hops in a cab with Tria co-owner Jon Myerow and sets off for the School of Fermentation. Originally started to instruct Tria's servers in the subtleties of the cafe's various beers and wines, the school is now open to the public.

His discourse touches on the ancient Egyptians, Saturnalia, the wassail tradition and St. Nicholas. Russell says Christmas beers have been common among small European brewers ever since the Middle Ages, but he credits San Francisco's Anchor Steam for reinventing Christmas beer for the contemporary market.

The class tastes a number of Christmas beers, including Samuel Smith's Winter Welcome Ale, and Samichlaus, from Austria. Russell says it's brewed just one day a year in a huge batch.

"They actually have a Mass to bless the beer," he said. "There's a chapel in the brewery, and they have a priest come in."

Russell has one suggestion for those looking to add a little religious pluralism to their holiday tippling: Try HeBrew Jewbelation from Shmaltz Brewing Co.

A recent industry study shows that beer sales are up and wine sales are down — a finding that makes plenty of sense to Russell. Beer, he says, is recession's champagne.

10 Christmas Beers, From Soup To Nuts 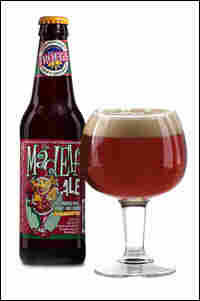 "Think fruitcake, but not the awful one made by your Aunt Bertha," Russell says of Troegs Mad Elf. "This beer tastes like it's been aged in an apple cider cask." Courtesy Don Russell hide caption 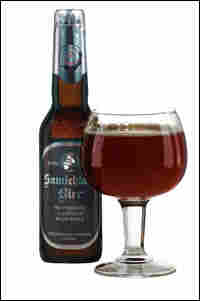 Advertised as "The Strongest Lager Beer In The World," Samichlaus has 14 percent alcohol — that's three times as strong as the average beer. Make sure you have a designated sleigh driver. Courtesy Don Russell hide caption

Samichlaus (Austria), a smooth, brandylike triple bock. Pair with a cigar next to the fireplace. 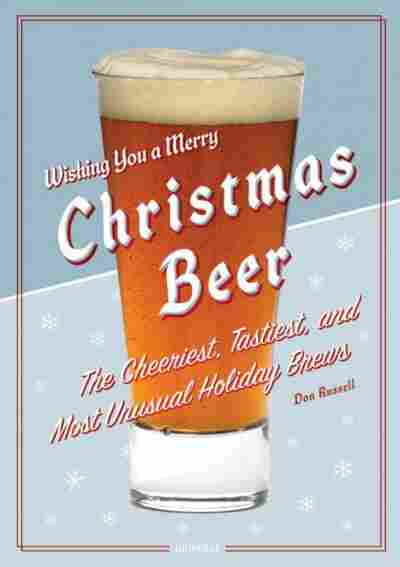 The Cheeriest, Tastiest and Most Unusual Holiday Brews 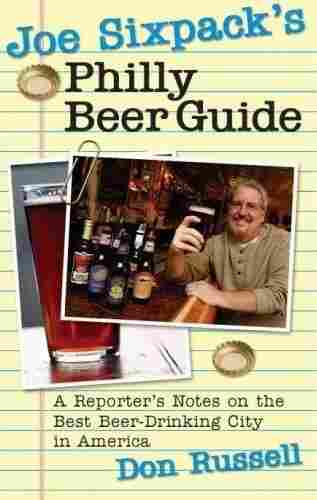 A Reporter's Notes on the Best Beer-drinking City in America