Andrew Bird Interview On Talk of The Nation

Audio For This Feature Is No Longer Available. 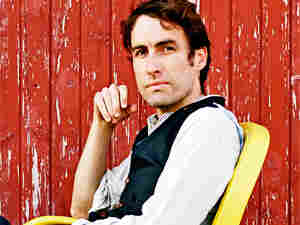 Hear an interview and read an online chat with Andrew Bird about his new album, Noble Beast.

Andrew Bird is an unlikely rock star. A classically trained violinist and former swing-jazz musician, he performs a quirky mix of Gypsy ballads, jazz, folk and art-rock, with frequently whistled melodies. It's a sound that leaves critics swooning and fans giddy with the kind of devotion normally reserved for pop idols. At a recent performance in Chicago, a crush of more than 15,000 Bird fans filled Millennium Park to hear the gangly singer, complete with young women in the audience screaming, "I love you!"

On Jan. 20, 2009, Bird stokes the fires of fandom with his fifth full-length studio album, titled Noble Beast. A deluxe version of the album will also be available, packaged with a second disc of instrumental works, featuring collaborations with Wilco drummer Glenn Kotche and jazz bassist Todd Sickafoose.

NPR Music streamed the entire album for a limited time and hosted a live online chat with Andrew Bird, taking questions from listeners about his new record. You can read and listen to an archive of the entire chat online.