Accessibility links
'The Spirit' Is Weak (Which Is Bad In A Superhero) The noir-crime movie revisits a comic-serial world that's more sophisticated than most — but Frank Miller's take on the Central City story is a by-the-numbers superhero story, haphazardly told. 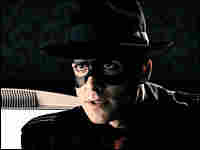 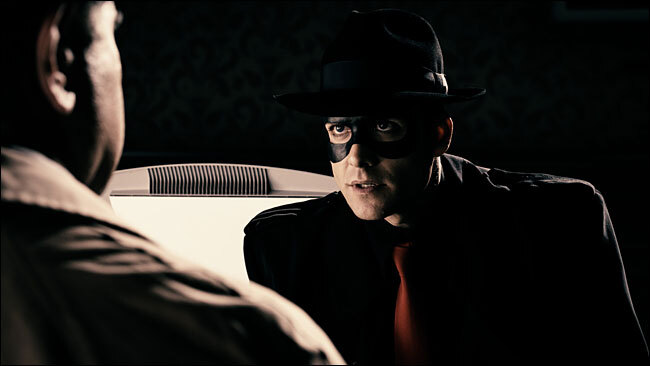 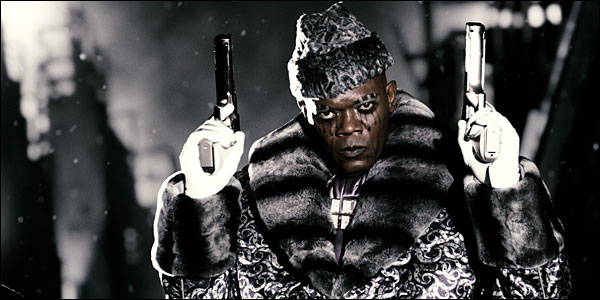 A ghostly crime-fighter who wears a fedora rather than a cape, the Spirit comes from a different, more grown-up tradition than Batman and Superman. Yet writer-director Frank Miller follows the standard superhero-flick formula in his disappointing homage to the pulp hero and his influential creator, Will Eisner.

Emulating the look of his own noir-inspired Sin City, Miller shot The Spirit on empty sets, adding the scenery with digital illustration. Although Eisner's strip was originally printed in full color, Miller opts for a near-monochromatic palette; the Spirit's flesh is pale pink and his tie bright red, but the dominant hues are black and white.

Like most superhero movies, The Spirit wastes time on its protagonist's genesis, even though the origin story is almost always the weakest link in such tales. It also tries vainly to simulate the feel of a long-running serial by dumping various plot lines and multiple villains into one script.

Thus a synopsis becomes primarily a checklist of characters. The Spirit (a blank Gabriel Macht) faces archenemy the Octopus (unseen in the original strip but conspicuous here, as overplayed by Samuel L. Jackson), his scientist sidekick Silken Floss (blase Scarlett Johansson) and their army of clownish identical clones.

The other members of the Spirit's on-screen harem are belly-dancing Plaster of Paris (Paz Vega); beckoning Lorelei (Jaime King), the lady of Central City's lake; and police physician Ellen Dolan (Sarah Paulson), who moons over the Spirit's sculpted physique every time she patches it up. Ellen's dad (Dan Lauria) is the local police commissioner and the Spirit's ally.

The story, embellished with Yiddish phrases and references to Greek mythology, could hardly matter less. Miller lavishes just as much attention on his own private fixations, which require Jackson and Johansson to dress in both samurai and SS gear.

The Nazi stuff might make sense if the film were set in the 1940s, but the presence of computers and cell phones suggests otherwise. Miller is entitled to modernize Eisner's vision, of course, but his update is haphazard and soulless. Better to forever haunt a wartime Central City than to be trapped in The Spirit's green-screen Nowheresville.