Accessibility links
The Cautionary Tale Of John Mackey, NFL Star John Mackey had a distinguished career with the Baltimore Colts. He now has dementia, and his wife, Sylvia, has stood by him and urged the league to help other athletes with dementia. Commentator Frank Deford says football is an intense team game — but it's Sylvia Mackey who is an outstanding teammate. 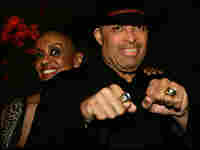 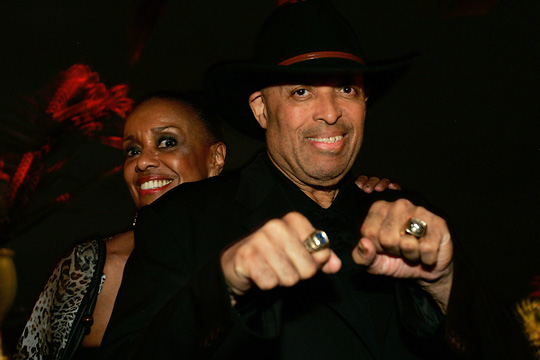 When John Mackey starred for the Baltimore Colts, he pretty much created the modern position of tight end. He was also bright and a leader, the president of the NFL Players Association.

But as singular as he was, now he's just like so many other old pro football players: John Mackey has dementia.

There's a reason why the NFL is the one major sport where contracts are not guaranteed. After all, there's a grim joke among NFL players you don't hear in other sports: Everybody is only one play away from the end of his career.

Concussions, though, don't end careers. You take a standing knockout and go back onto the field and hit again.

Both the NFL and the players union have always maintained that players suffer no more brain damage than those in other occupations, but it's getting more difficult to hold to that position — and indeed, to its credit, the league has undertaken a comprehensive study of the matter, with results to be revealed in 2010.

The Strains Of Retirement

NFL players also joke that they're susceptible to their own "seven-year itch."

There seems to be a profusion of divorces that occur just about seven years after a player's career ends. It figures. It's glamorous to marry a star football player. But when he's a has-been and his injuries are starting to become a real problem, it's broken-down men with broken-up marriages.

When John and Sylvia Mackey wed, it was the classic All-American marriage. He was the handsome athlete, she the beautiful model. And it was good.

Only sometime after the cheering stopped, the strong and invulnerable football player simply began to lose his mind. But Sylvia did not leave him. She even went back to work as a flight attendant when she was 56 to make ends meet, to get health insurance.

And when her husband still had enough of his faculties left, she would make sure to put on a lovely gown and dress him up and take him out to the banquets and the galas — just like when he was big-time and they were beautiful together.

John Mackey played football, which may be the most intense team game of all. Sylvia Mackey is the best teammate I've ever seen.

Hope From A Legacy

Largely because of her and a few other loyal wives and children, the NFL and the players union started the 88 Plan — named for Mackey's old number — to help players with dementia. Ninety-seven of them are already receiving assistance, though the league is quick to say this certainly doesn't imply any link between football and brain damage.

Sylvia finally had to put John in a home. Sometimes that's a real problem. Football players with dementia tend to be younger and much stronger than others whose minds leave them. They can be a real handful. But No. 88 is being cared for now.