Accessibility links
Third Reich Returns: 'Valkyrie,' 'Defiance' and 'Good' Despite all the chest-thumping warriors in the new Nazi-themed releases, there isn't much inner conflict in Valkyrie or Defiance. If you want WWII drama, Bob Mondello recommends the new film adaptation of C.P. Taylor's play Good. 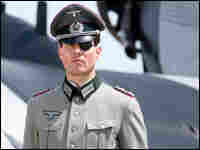 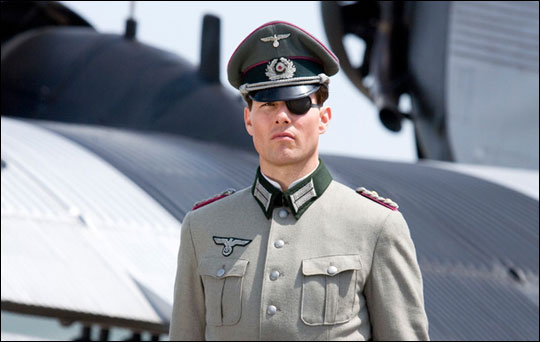 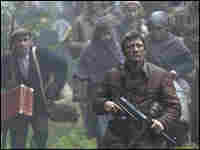 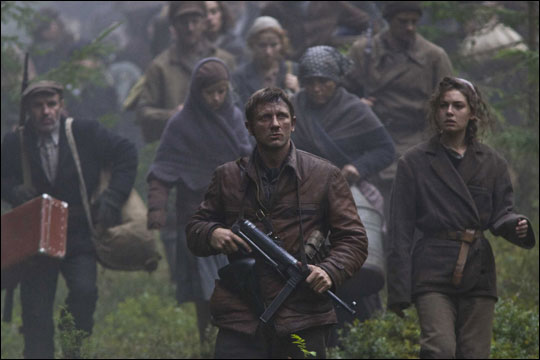 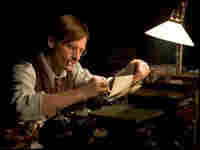 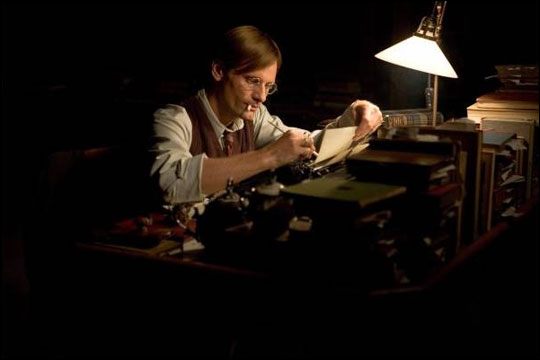 Nazis, Nazis, everywhere you look ... must be Oscar season, where most of the Nazis will have British accents.

Tom Cruise is positively surrounded by Brits in Valkyrie as he plays, with a flat American accent, Col. Claus von Stauffenberg, a high-ranking German officer who masterminded a plot to assassinate Hitler. We meet him a few years earlier, though, in North Africa, in a sequence loaded with explosions and divebombing fighter planes.

This sequence is all over the movie's trailers, because it's action in a war movie that otherwise mostly involves people talking urgently into telephones. Directed by Bryan Singer, who made the X-Men movies, Valkyrie does look good, and there is a certain intrigue in watching how von Stauffenberg's plot went wrong — I don't think I'm spoiling anything here; Hitler was not assassinated. But as action movies go, Valkyrie is pretty short on action.

That's not true of Defiance, the story of the Bielski partisans in the eastern part of what was once Poland, now known as Belarus. These Jewish partisans armed themselves and managed to hide more than a thousand Jews for several years in densely wooded territory.

It's an inspiring story, if one that doesn't need quite as much poetic inspiration as Ed Zwick's movie insists on giving it, with dialogue that's too often ornate and parable-inflected. This is not out of keeping with Zwick's other war movies — Glory and The Last Samurai, among them — but in Defiance, it has the effect of pushing a striking true story in the direction of hokey Hollywood ones.

Oddly, what you miss in both Defiance and Valkyrie, despite all the chest-thumping warriors, is inner conflict. Both films feature protagonists who aren't very interesting, because they have not an instant of self-doubt. They're saintly, fighting evil ... figures in historical pageants, not characters in a drama.

You want drama, go to a dramatist. English playwright C.P. Taylor wrote a play called Good that caused quite a stir with its portrayal of a liberal German professor in the 1930s. Played by Viggo Mortensen in the movie, the professor is summoned by a Nazi official and is startled to discover that a novel he wrote years ago — about a loving husband who helps his terminally ill wife end her suffering — has found favor with the Third Reich.

In soothing tones, the chairman of the Nazi Party Censorship Committee praises the book's approach to the issue of whether individuals have an absolute right to life and then leads the professor a little further down a dangerous path, urging him to write a paper articulating his views. This, says the official, will ensure that "humanity" remains at the center of the party's agenda.

The implications, in hindsight, are obvious to the audience, but this is early in the Nazi era — 1937 — and the uses to which his paper on euthanasia might be put by the Reich slip by the frightened professor. He agrees to write the paper, and — reluctantly — to join the Nazi Party.

By going along, the professor finds himself prospering, but each seemingly inconsequential choice he makes gets him in deeper.

The plot in Good is more or less a dramatization of the notion that "the only thing necessary for the triumph of evil is for good men to do nothing." The movie Good is pretty schematic in laying out that notion — betraying its theatrical roots, perhaps. It's also a little drawn out.

But it demonstrates the surprising power of character flaws in drama. How else to explain that the portrayal of a good man who does nothing in Good should prove more dramatically compelling than the stories in Valkyrie and Defiance of good men who did good?