Accessibility links
'Jindabyne': A Death, and Dark Things Surface Jindabyne is a movie in which friends on a fishing trip find a body, but choose not to report it. It's an Australian film based on a short story by Raymond Carver. 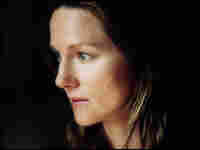 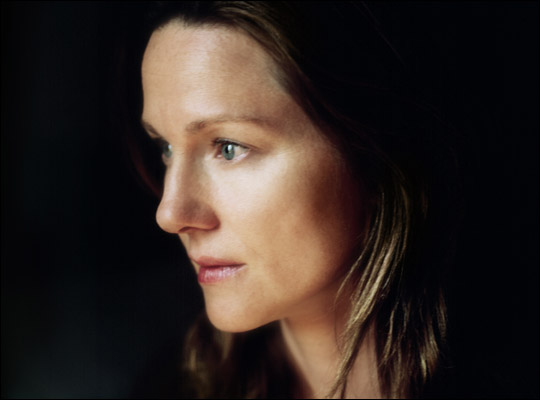 Four men head down a hill in anticipation of days of fishing in a remote spot. "No women allowed!" one of them yells, and no one disagrees.

What none of these men know, however, is that a woman is already there, and her presence will change their lives. This is the premise of a new film called Jindabyne — a serious, somber story starring Laura Linney and Gabriel Byrne. It starts as slowly as a leisurely weekend fishing trip, but it ends up having an almost unbearable impact.

The source material for Jindabyne is "So Much Water So Close To Home" — the Raymond Carver short story, about a group of men and a body they find on a fishing trip, that played a part in Short Cuts, Robert Altman's 1993 film anthology of Carver tales. Jindabyne director Ray Lawrence has taken this brief story and gracefully expanded it to feature length by grasping its potential as a way to examine cultures as well as sexes in conflict. It also deals with the possibility of redemption, and the question of what is owed to both the living and the dead.

Lawrence, whose previous films include Bliss and Lantana, works in a very specific and unusually effective way. He shoots in natural light at almost all times, and he invariably goes with only one take. "I want the words to sound like they've just fallen out of their mouths," is the director's explanation. As a result, dialogue and situations have an urgency and emotional reality that can be lacking in more conventional films.

Not all actors are comfortable with this system — but Byrne, who plays an Irish-born mechanic, and Linney, as his American wife, have made it their own. They give deeply felt, sometimes lacerating performances as one of several couples whose lives of quiet desperation are about to get a whole lot louder.

That's what happens when Stewart and his friends discover the corpse of a young Aboriginal woman and choose to finish their fishing trip rather than immediately report the murder. The recovered body is the catalyst that allows submerged emotions to explode to the surface with devastating results.

Slowly, painfully, the different agendas of husbands and wives, men and women, white and Aboriginal communities vividly reveal themselves. We live on the fault line along with the characters, and it's an experience that's not easy to shake off.