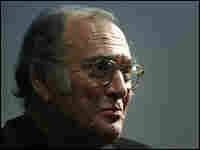 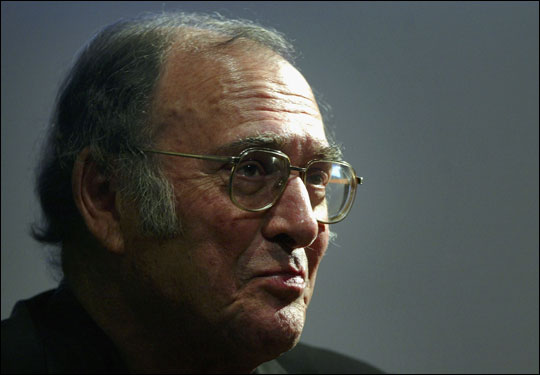 Nobel Laureate Harold Pinter, a world-renowned playwright and political activist, died of cancer on Wednesday. He was 78. 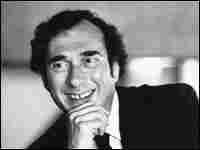 Pinter, pictured above in 1979, says he committed himself to speaking out for human rights after the 1973 assassination of Chilean president Salvador Allende. Jones/Evening Standard/Getty Images hide caption 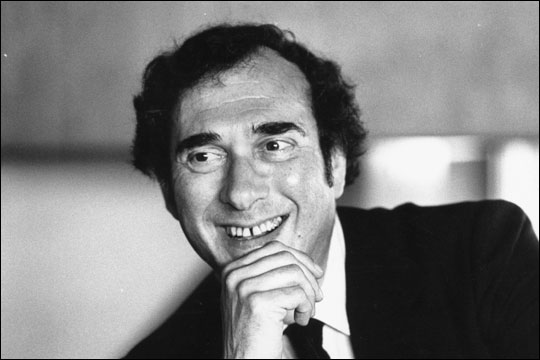 Pinter, pictured above in 1979, says he committed himself to speaking out for human rights after the 1973 assassination of Chilean president Salvador Allende.

British playwright Harold Pinter, who won the 2005 Nobel Prize for Literature, died Christmas day at the age of 78 after a long battle with esophageal cancer.

Pinter was best known for writing such plays as The Birthday Party, The Homecoming and Old Times. He also adapted other writers' novels for the screen, including The French Lieutenant's Woman, A Handmaid's Tale and The Comfort of Strangers.

Pinter wrote dozens of plays, essays and poems. His lifelong friend, actor and director Henry Woolf, says Pinter's major contribution was what became known as the "theater of menace."

"People for the first time in English drama spoke in non sequitors — as if they hadn't heard what had just been said to them," Woolf says. "They had to have heard, but they didn't want to respond so there were these strange pauses and silences."

Brutal pauses punctuate The Birthday Party, a Pinter play from 1957. "It was very, very sort of frightening in a way, but also hilariously funny," Woolf recalls.

Woolf directed Pinter's first play, The Room, and says that, at the time, no one had seen anything like Pinter's work; his audiences roared with laughter. Woolf says Pinter found laughs harder to come by once he became more famous and "the grim hand of reverence took over ... but the humor's there."

Playwright Penelope Prentice, author of The Pinter Ethic, points out the strengths of the darker side of Pinter's writing.

"No other dramatist better understands and dramatizes the causes of human violence than Harold Pinter," Prentice says. "And that's a big statement if you consider Shakespeare and the Greeks."

She says Pinter's focus on psychological violence changed the nature of drama, especially in depicting the savageries inherent in human relationships.

Pinter's 1983 film Betrayal, which he adapted from his own play, traces a seven year affair:

The threat of power was one of Pinter's most consistent themes; he tried to change not just how we view the world, but how we act in it. Pinter committed himself to human rights, he said, after the assassination of Chilean President Salvador Allende in 1973. More recently, Pinter was a truculent critic of the war in Iraq.

Before cancer got the better of his voice — and before it claimed his life — Pinter wrote a poem about his diagnosis.

I need to see my tumor dead
A tumor which forgets to die
But plans to murder me instead.

But I remember how to die
Though all my witnesses are dead.
But I remember what they said
Of tumors which would render them
As blind and dumb as they had been
Before the birth of that disease
Which brought the tumor into play.
The black cells will dry up and die
Or sing with joy and have their way.

They breed so quietly night and day,
You never know, they never say.

But in the end, Harold Pinter had the last word.