Accessibility links
Charges For Vaccines Vary Widely, Study Finds A study published in this month's Pediatrics journal found that there was an exceedingly wide variation not only in what pediatricians and family practitioners paid for vaccines, but also in the reimbursements they received from insurers and managed care organizations. 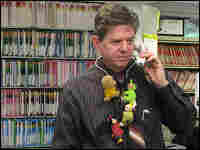 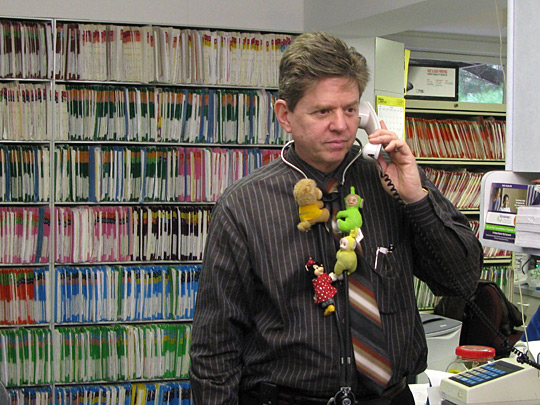 A study published in this month's Pediatrics journal found that there was an exceedingly wide variation not only in what pediatricians and family practitioners paid for vaccines, but also in the reimbursements they received from insurers and managed care organizations.

Dr. Gary Freed of the University of Michigan Health Systems says he undertook a study of physician costs associated with childhood immunization because he kept hearing complaints from physicians that they couldn't make ends meet and were losing money on immunizations.

For example, the study showed that some doctors reported buying the vaccine for chickenpox (varicella) for about $66 a dose. Other physicians paid as much as $87 for the same vaccine. Reimbursement from the most common insurers was as low as $57.

Some Physicians Unsure Of Costs

Private practices are like small business. But that's not how many physicians run them. When Freed called some physicians he says he found "some physicians that quite honestly didn't know what they were paying for vaccines and had to dig up records and make new calculations to figure that out."

Richard Lander, a pediatrician in Livingston, N.J., became aware of the costs as the number of childhood immunizations grew along with those costs. He says he stopped buying the vaccines directly from the manufacturers and started shopping around. He noticed that he would pay one price for the vaccine, and the insurer would reimburse him $1 less. He began keeping close tabs.

He says he began tracking where he bought the vaccines and whether he was able to get them at a good price or not.

Those aren't the only costs associated with childhood immunization that physicians must bear. There are the administrative costs for the time and staff to keep record of vaccinations and to order and stock the vaccines. There's the cost of refrigerators to store vaccines and the costs of electricity and insurance.

As a consequence, many physicians are in fact losing money on childhood immunizations.

"Some of these vaccines cost over $100 a dose and if you are thinking about stocking 60 to 100 doses in your practice, that is a significant outlay," he says.

It can take anywhere from 30 to 90 days for physicians to be reimbursed.

At least a fifth of family practitioners say they can no longer afford to vaccinate children, which can be a problem particularly in rural areas of the country where there are often no alternatives. Only 5 percent of pediatricians say they are considering not vaccinating, but 40 percent of them feel inadequately paid by insurers, according to the study.

The government buys about half of all vaccines that are provided free for children who are not insured. Ninety percent, however, are administered by private practitioners, and the government pays only a nominal fee — about $11 --for administering the vaccine.

Susan Pisano, a spokesperson for the health insurer advocacy group America's Health Insurance Plans, says private insurers are being asked to pick up the government's slack.

"What has happened is that because government, Medicare and Medicaid typically pays providers, doctors and hospitals less, those doctors and hospitals have been expecting greater payment from employer-sponsored plans," she says. "Most doctors and pediatricians are operating at a profit and employers and consumers should not have to pay for the inefficient ones."

To reduce his costs, Lander who chairs a committee of the American Academy of Pediatrics on managing practices, has also been working with other pediatricians to get better reimbursement rates. He started a group purchasing organization. Doctors who join can buy vaccines at a discount.

But he says he's still losing money on insurers. One insurer wanted to pay him even less than the federal government does. He dropped the company. Patients covered by the company who decided to stay with him got medical care at a discount.

Organizing would help, Freed says, but pediatricians and family practitioners are working at a disadvantage in that physicians are barred by law from sharing information about costs and reimbursements.