Accessibility links
Jewish Brothers' Resistance Inspired 'Defiance' The Bielski brothers gave shelter and protection to Polish Jews who, like them, fled into the region's forests and swamps to escape German persecution. Director Edward Zwick's new film tells their story, but why hasn't it been heard until now?

The Holocaust has been a cinematic staple for decades. Filmmakers in Hollywood and Europe have churned out hundreds of movies about the rise of fascism and the destruction of European Jewry. From the grainy footage taken by GIs liberating concentration camps to blockbusters like Schindler's List, these films have imprinted our consciousness with images of Jewish victimization and righteous gentile courage.

So when a friend gave director Edward Zwick a book that defied the notion of Jewish passivity, Zwick overcame his initial reluctance and made yet another Holocaust movie — Defiance. It tells the story of the largest armed rescue of Jews by Jews during World War II. Zwick has said he hopes it will amend what he calls the "abiding iconography" of the Holocaust.

That book was Nechama Tec's 1993 work, Defiance: The Bielski Partisans. Tec, who was herself saved by Polish Christians, is a professor emerita at the University of Connecticut in Stamford.

Tec stumbled on the Bielskis' extraordinary history in the 1980s, while researching another book. To check some information, she called a man named Tuvia Bielski, a former Jewish partisan leader living out his last years in Brooklyn. At a recent screening of Zwick's new film in Washington, D.C., Tec reminisced about that phone call.

"He was very friendly and wanted to know what book I'm writing," Tec said. She told him she was writing about a man who had helped more than 300 Jews escape from a ghetto, saving them from certain death at the hands of the Nazis. Tuvia Bielski's reaction was, "Big deal. When you come to me, I will show you how people saved more than a thousand."

Indeed, by the end of the war, Tuvia and his brothers had sheltered 1,200 people. Only 49 died because of enemy action — a phenomenal survival rate.

Tuvia and his brothers, Zus and Asael, grew up in the village of Stankiewiecze, in a region that was eastern Poland until 1939. That was the year Hitler and Stalin signed a nonaggression pact and divided up Poland, putting the eastern part under Soviet control. This lasted until 1941, when Hitler broke the treaty and invaded the Soviet Union.

Once the Nazi troops moved in, they confined the Jewish population to urban ghettos. Soon after establishing one such ghetto in the town of Novogrudok, in December 1941, the Germans carried out an aktion. They murdered 4,000 Jews, including the Bielskis' parents, Tuvia's first wife, and Zus' wife and baby daughter.

In her book, Tec wrote, "As they mourned, this tragedy became a turning point. Now more than ever they would concentrate on not submitting, on freeing themselves from the German clutches."

Over the next three years, the Bielski brothers gave shelter and protection to Jews who, like them, had fled into the region's forests and swamps.

Tec says Tuvia became obsessed with saving Jewish lives. He did take part in military activities, but for him the most important thing was to rescue people.

The Bielski partisan detachment, as they became known, would send scouts into the ghettos and arrange escape routes for Jews. Among those they aided was 14-year-old Jack Kagan, now a retiree living in London.

The Germans had already murdered Kagan's mother and sister in Novogrudok when he joined in a miraculous escape through a tunnel dug out of the ghetto — an engineering feat. He recalled seeing the Bielskis once he reached safety in the woods.

"When I arrived at the camp, and I saw two brothers, Asael and Zus, together with a reconnaissance party which came — probably another 12 or 15 riders — on tall horses, sitting with machine guns on the horses. For me it was an unbelievable sight, coming out from a camp where there was starvation, with German guards continually punishing us, and coming out suddenly to freedom and to see the Jewish fighters."

The Bielski brothers indeed stood out. Tec notes that they belonged to a rare segment of the Jewish population: peasants. They grew up poor on a farm, and learned survival skills that proved crucial in the forest. They knew the terrain. They knew how to ride horses, milk cows and search for water. Kagan still marvels at the town they built in the forest, with workshops for shoemakers, tailors, metalworkers, a tannery and a bakery. The goods they produced supplied not only the Bielski detachment, but also Soviet partisans in the area.

Tuvia and Zus are remembered as big, hulking men — tough characters who did what they had to in order to keep their people alive. Kagan recalled one Soviet partisan leader saying he'd "met only one Jew who could outdrink and outswear any Russian. And that was Tuvia."

To survive, the partisans plundered food from surrounding farms. Tuvia ordered the execution of Belarusians and Poles who had denounced Jews to the Nazis. "He cleaned up the area," Tec says. "If you kill 10, if you destroy 10 farms, with the family and stuff, nobody is going to do it anymore." The Bielski brothers also killed three fellow Jews for insubordination.

The Bielskis' relationship with their gentile neighbors and their cooperation with Soviet partisans remain sore points in Poland. For eight years, the Polish government's Institute of National Remembrance has been investigating charges that Bielski fighters took part in a massacre of 128 Poles in the village of Naliboki in May 1943.

A spokesman for the government investigation says that charges against the Bielskis are based on oral testimony from townspeople in Naliboki. But, the spokesman adds, the testimony was not supported by any documentation. The panel has yet to issue its final report.

Piotr Gluchowski, a journalist for Poland's biggest newspaper, Gazeta Wyborcza, is writing his own book about the partisans and has looked into the Naliboki massacre. He says the witnesses against the Bielskis were parroting what they had read in a book by an avowed anti-Semite. He is certain the Bielskis were not complicit in the massacre, but he suggests the panel is reluctant to exonerate the Bielskis for fear of alienating right-wing, nationalist Poles.

Gluchowski thinks Polish audiences will view the movie Defiance differently from their American counterparts. In his view, the Bielskis were Communists who were organizationally under the command of the Soviet government. Stalin was using the partisans not only to drive out the Germans, but also to make sure the region would not revert to Polish control after the war.

Tec insists the Bielskis were not Communists. She says they were not political at all, but she acknowledges that their group included members with various political inclinations. And, she says, it was only later in the war that Stalin sent in political figures to bring the partisans under firmer Soviet control and assign Bielski fighters to fight alongside the Soviets.

After the screening in Washington, someone asked why it took so many decades for the Bielskis' story of resistance and rescue to come to light. Was it that the story runs counter to our notion of Jews as passive victims of the Nazis? Tec thinks the time lag isn't surprising. "The Holocaust was the annihilation of European Jewry," she says, "so we focused on the perpetrators ... on the destruction, on who destroyed, what they destroyed."

Only after these topics were explored, Tec says, could scholars turn their attention to the exceptional situations, where rare instances of compassion and resistance shone in a time of horrors. 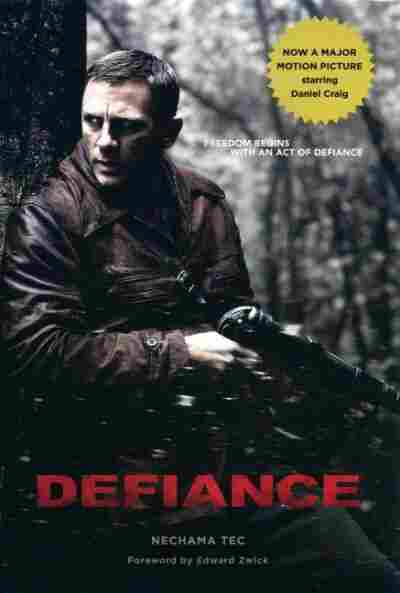