Accessibility links
Fisheries Rebounding, But Ports Pay A Price Jim Caito's family has been working the shores of northern California since the 1880s. But the once-bustling scene outside Caito Fisheries is long gone, a casualty of attempts to keep fisheries alive through a quota system.

Mad Dash For The Dungeness Crab

As some West Coast fisheries collapse, more fishermen are turning to the delectable Dungeness crab. It's one of the last thriving fisheries in California, but the winter race for the crabs means fewer fresh crabs on tables and smaller profits. 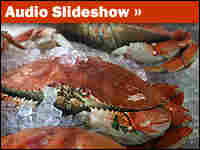 Scenes From The Dungeness Crab Industry 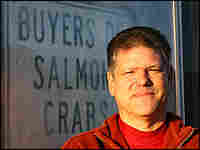 Jim Caito stands outside of his family's crab and fish processing plant at the port of Fort Bragg, Calif. Jessica Goldstein/NPR hide caption 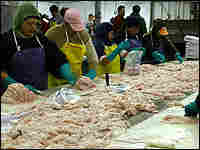 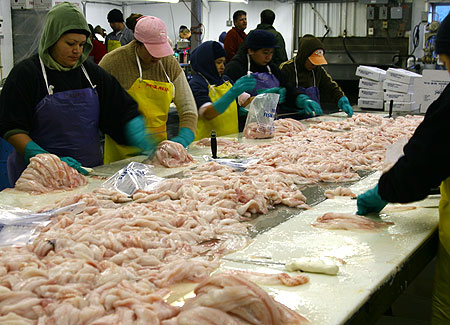 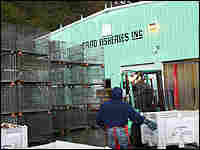 Caito Fisheries is one of the few fish processing plants left at the Fort Bragg port. Jessica Goldstein/NPR hide caption 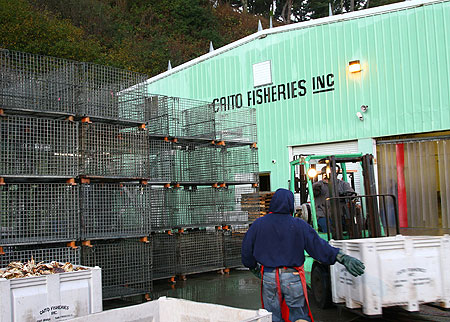 Caito Fisheries is one of the few fish processing plants left at the Fort Bragg port. 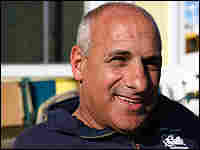 Tommy Ancona, owner of a Fort Bragg fishing supply store, is part of an effort to change regulations to keep fisheries sustainable but to also keep fishermen in jobs. Jessica Goldstein/NPR hide caption 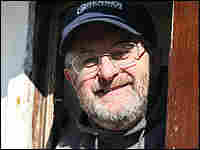 Randy Smith of Crescent City, Calif., still makes a good living off of fishing, but he says none of his five children are going into the troubled industry. Jessica Goldstein/NPR hide caption

Most of the world's oceans are seriously overfished. But over the past two decades, many fisheries within U.S. waters have scaled back sharply to make sure fishing here is sustainable.

In California, for example, two-thirds of commercial fishermen have left the business.

Now, some people are concerned that if the fishing industry gets too much smaller, some ports will collapse altogether.

One of these concerned communities is Fort Bragg, a port up the coast from San Francisco.

At first glance, the Caito Fisheries processing plant seems to be a picture of abundance and bounty. Crab boats are unloading their writhing catches and huge crates of flatfish are being dumped out and shoveled onto a conveyor belt.

Jim Caito watches happily as some 75 people crack crabs, sharpen their knives and slice and skin fish in his cool and spacious plant.

The fish will be packed and trucked south to San Francisco and points beyond, where these succulent filets are sought and savored as part of a healthy diet. The bustle is a scene Caito's father enjoyed — and his grandfather, and his great-grandfather, who arrived on these shores in the late 1880s.

"Our ancestors came over from Italy, landed in San Francisco. They were processing groundfish and we just kind of followed suit," Caito says. He even fileted fish as a youngster.

"I got a few cuts, but I still have all my fingers," he says with a chuckle.

Step out on the dock in front of Caito's, though, and things don't look so bountiful. Up and down the harbor are empty buildings. Thirty years ago, this port was home to half a dozen processing plants.

"They're all gone. We're the only ones left," Caito says.

These days, only seven boats head out to sea from Fort Bragg to troll the bottom for Dover sole, rock cod, whiting and similar species. That means business is slow next door to Caito's, where Tommy Ancona's fishing supply store has been in business for 40 years.

"People always say 'Oh my God, the fishing industry has gone away, it's gone away," Ancona says as he sits at a sunny picnic table in front of his store. "Well, you know what? You've got to kind of think back, how it's evolved."

Back in the heyday, he says, fish were treated like they were giant redwood trees or gold — something to be extracted for quick profits. But in the past couple of decades, rules designed to stop that overexploitation inevitably meant cutting back on the number of boats.

To help the industry shrink without collapsing altogether, five years ago many fishermen who trolled for groundfish agreed to give up their boats for a lump sum of cash. That dramatically reduced the size of the fleet. There are only about 160 bottom trawlers left in California, Oregon and Washington. And the fishermen who remain, though by constitution fiercely independent people, now work within a very complex set of rules and regulations.

"It's not a wide open industry anymore," Ancona says. "It's all highly regulated, and so if there's anything going wrong it's in the management."

Ancona says there are things going wrong with the management, so he's part of an effort to change the rules. Those are set by a federal commission called the Pacific Fishery Management Council. Thanks to the council's efforts, the fish are doing OK, he says. It's now the industry that's in trouble.

You can get a feel for that 200 miles up the coast, in Crescent City, Calif. In the harbor there, Randy Smith is gearing up his bottom trawler. His boat is one of just three at this port that still goes out for groundfish like sole.

With a heavy beard and a baseball cap, this 51-year-old fisherman says things are good for him — at least personally.

"Right now the trawl fisheries is actually better than I've ever seen it. There's more fish now than anytime in my life," he says.

That's basically because there are far fewer boats out there trying to catch the fish. Even so, Randy Smith's share of the catch didn't increase as much as he expected when he agreed to buy out his colleagues. That's partly because the allowable catch factors in a certain amount of waste.

"Right now we're on a two-month quota," he explains. "We're given so much fish we can catch in two months, period. That creates waste because when you meet the quota, and when you go over the quota, you've got to throw fish away."

Dead fish just get dumped overboard. Smith says he can't help that if he wants to work within the rules.

"The net's on the bottom and you can't see it, and if you tow for 15 minutes too long, you could have too much fish."

To address that and other problems, the Pacific Fishery Management Council recently approved a major change to the rules. They're instituting a new scheme called individual transferable quotas.

Here's how they work: Smith will get a quota he can fill throughout an entire year, so he'll have only one deadline to worry about, not six. And he doesn't have to catch all the fish himself. He can buy, sell or trade quotas. So for example if he accidentally catches too many petrale sole, he can get on the radio and buy shares of petrale quota from another fishermen instead of dumping his fish — dead — back into the sea.

Smith says whether it works for him depends on the details — which are yet to be worked out — so the whole thing makes him uneasy about the future.

"I have five kids and none of them are going to go fishing. I can still make a real good living — some of the kids went to college and stuff — but I don't know where things are headed. I don't like it," he says.

It's not just the change in fishing rules that worries him — he's concerned that more and more areas will be declared off-limits to bottom-trawling, since the nets can disturb delicate cold-water coral on the seafloor.

Back in Fort Bragg, the potential rule changes are also worrisome to Caito at the fish processing plant. He expects that about half the fishermen who get the quotas will eventually just sell them off. If that happens it would leave the fleet even smaller than it is today.

"If you shrink it down that small, the boats are going to have a lot of fish to catch," he says. "There's no question about that."

But there may be only three or four boats left in Fort Bragg to provide him groundfish throughout the year.

"It could be that our vessels here sell their quota, or lease their quota to someone in Oregon or Washington, and want to retire and get out of the business and we're left with no fish," he says. "And if we don't have groundfish, I mean, we won't be here to do crabs, salmon [or other fish], because without groundfish, we won't be able to stay in business."

He says the fishing port simply can't get much smaller and still hope to survive.