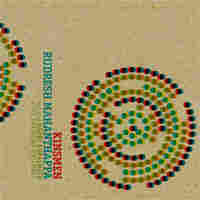 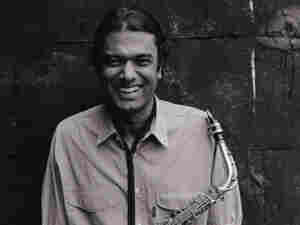 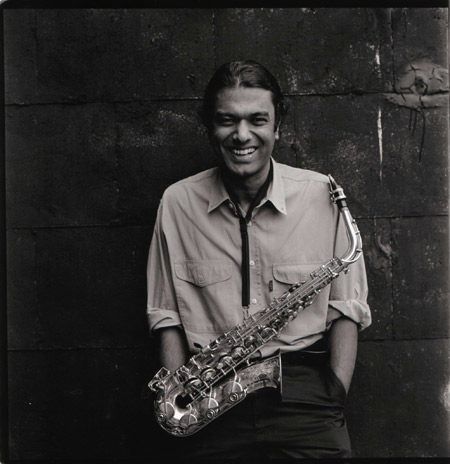 Jazz is a universal language, inspiring musicians from everywhere while remaining open to musical traditions from all the world's cultures. An American alto saxophonist with Indian parents, Rudresh Mahanthappa has just released Kinsmen, which features other American musicians of South Asian descent.

Mahanthappa says he didn't think about his ethnic identity growing up in the college town of Boulder, Colo. Then he went off to study jazz at North Texas State University.

"Growing up in Boulder," Mahanthappa says, "it's a pretty white community. And I don't think it's unique to me, when growing up in that situation, when one is younger, just to think of yourself as being white, actually. When I got to North Texas State, I realized I wasn't white. What made me realize fully that I wasn't white was, I think ... the first time I was around a significant African-American population. So it was more realizing I didn't necessarily have a space where I fit in. As an Indian-American, I didn't know a lot of other Indian-Americans. I didn't know a lot of other people in the same boat."

But there were others in that boat. Rez Abassi was born in Karachi, Pakistan, but moved to Los Angeles with his family when he was 4.

"How much did I learn by the time I was 4 years old about the Pakistani culture," Abassi says, "which is the Indian culture, as well, because they used to be one country, obviously. How much I learned about that is probably something that's more in my subconscious, because in my conscious mind, I feel like I'm purely an American. Because that's what I did: I surfed, I motorcycled, I played rock 'n' roll. All the things kids do, basically, when they grow up here."

The music Abassi plays with Mahanthappa and the other members of the ensemble on Kinsmen is deeper than a watered-down version of "East meets West."

On the Corner was Miles Davis' amplified fantasy of a global sound, while Mahanthappa's Kinsmen is the result of a determined search for the real thing that started with a recording he found as a teenager.

"My older brother, kind of as a joke, gave me this CD called Saxophone Indian Style," Mahanthappa says, "and I was blown away. For me, that was a real entry point as far as dealing with Indian music as a saxophonist. It wasn't so far-fetched: 'Well, this guy's doing it!' So there is some possibilities to really incorporate this stuff sonically. He's playing all that complicated ornamentation, he's dealing with the tuning, and it was unlike any saxophone playing I'd ever heard before."

Years later, funded by a Guggenheim fellowship, Mahanthappa went to India to work out his ideas with the saxophonist he'd heard on that album, Kadri Gopalnath. By the time they met, Gopalnath had been accepted as a master of South Indian Carnatic music. But it hadn't always been so.

"He chose to try to play this music on saxophone when no one else had, and consequently was not taken very seriously for a long time," Mahanthappa says. "He tells me stories of working eight-, 10-hour shifts selling transistor radios in an electronics store, then coming home and praticing until 4 in the morning, sleeping four hours, then going back and doing it again. Every day."

Mahanthappa didn't have to take low-level day jobs, but his career path wasn't laid out for him, either.

Mahanthappa wrote pieces that accommodated both approaches, so he and Gopalnath could bounce ideas back and forth.

On Kinsmen, the American-inflected alto sax, electric guitar, bass and trap drums meld with a Carnatic trio of alto sax, violin and the hourglass-shaped hand drum. Guitarist Abassi found he had a pivotal role in connecting these sounds.

"We try and come up with ideas that can put the melodic element and the rhythmic element of Indian music with the harmonic element of jazz," Abassi says. "I think Kinsmen was a really great project that did that very well. Specifically because Rudresh, he went out to India — he shared ideas with Kadri — and he came back and he sort of put it through his own pool of ideas and ended up with this sort of harmonic, melodic, rhythmical, textural music."

The music on Kinsmen represents the changing demographics of America. Mahanthappa, Abassi, Indian-American pianist Vijay Iyer and drummer Sunny Jain are children of a recent wave of immigrants. Like others before them, these young musicians claim jazz as their own.

"We're not Indian," Mahanthappa says. "We didn't grow up in India — at least a lot of us didn't grow up in India — and we're not white Americans either. So this is a new music. And I'm glad there are a few of us doing it; it's also making it OK for other Indian-Americans to pursue what have long been considered taboo careers. As an Indian-American, you're not supposed to play music; you're not supposed to go into the arts. You're supposed to do something real. So I think our impact goes beyond the music. I get e-mail messages from people all the time that go beyond the music: 'Thank you for going out there and doing this, for making this OK.' "

Mahanthappa says that South Asians living in America are one people, not divided by the border conflicts or religious strife that have been so much a part of news from abroad.

"We're here — we're part of the American landscape, and we just happen to be playing jazz or improvised music," Mahanthappa says.

The music they're creating is another example of how open to fresh ideas American culture can be.