Accessibility links
Climate Change Is Clear Atop Mauna Loa In the late 1950s, scientist Charles David Keeling began research that would prove to be a key signpost of climate change. His meticulous monitoring of carbon-dioxide levels in the air at Hawaii's Mauna Loa Observatory is carried on by scientists today. 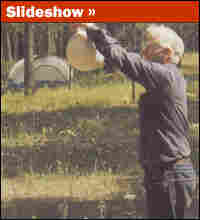 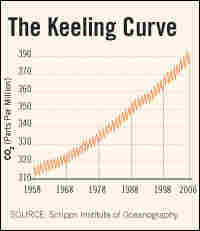 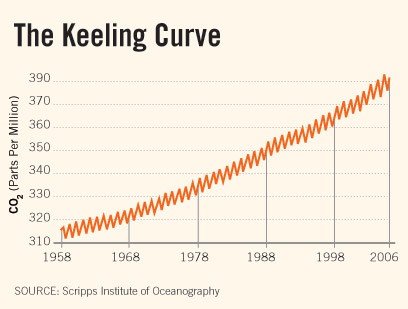 In the documentary An Inconvenient Truth, Al Gore shows a graph of rising carbon-dioxide levels during the past several decades. The image is a striking illustration of how one greenhouse gas has poured into the world's atmosphere.

Watching the film, you might get the impression that the research behind that graph came from Roger Revelle, an eminent scientist who studied global warming. In fact, the work sprang from a brash young colleague named Charles David Keeling, and Revelle initially opposed his method.

Bucking the established scientific wisdom, Keeling wanted to set up his carbon-dioxide monitoring station in just one place, where he could get the cleanest air possible: on top of Hawaii's Mauna Loa volcano.

Despite a lack of enthusiasm from Revelle, Keeling began sampling the air at Mauna Loa in 1958. A few years after the data started coming in, Revelle conceded that his young protege was right — and that the data proved fossil fuels were causing global warming.

The Keeling Curve, as it came to be known, is the cornerstone of global-warming science today. Keeling died in 2005 — but other scientists, including his son Ralph, are continuing his research.

The Keeling Curve is dense, full of dips and spikes. But its visual impact — a steady upward line showing the rise in atmospheric carbon dioxide — is simple and stark.

"You can look at [the curve] as a beautiful scientific record," says Ralph Keeling, "or you can look at it as an alarm bell." To many observers, it is both.