Accessibility links
Legality Of Blagojevich Appointment Examined As Democrats seek to block the appointment of Roland Burris to replace Barack Obama in the Senate, Charles Tiefer, a former counsel to the U.S Senate and House and now a professor at the University of Baltimore Law School, offers his insight.

As Democrats seek to block the appointment of Roland Burris to replace Barack Obama in the Senate, Charles Tiefer, a former counsel to the U.S Senate and House and now a professor at the University of Baltimore Law School, offers his insight.

MELISSA BLOCK: Well, as we just heard, the Senate could block Roland Burris from his seat. We wanted to better understand how the Senate would do that. So, we called Charles Tiefer. He's former legal council to both the U.S. House and Senate. And now a professor at the University of Baltimore Law School. I asked Professor Tiefer what he imagines will happen when the new Senate is sworn in next Tuesday?

Professor CHARLES TIEFER (Law, University of Baltimore): He will present his credentials. That's what he does on the first day of the new Congress. And they will make a motion on the floor of the Senate to act in one of several ways that keep those credentials from working. They'll stop him at the door and say, you're not gonna become a senator.

BLOCK: What kind of vote would it take to to deny him the seat?

Professor TIEFER: It would be a majority vote of the Senate to either totally refuse him or to start a process for deciding it.

Professor TIEFER: This is an appointment of a senator. Most of the time, a new senator comes by election. The Senate treats elections and appointments the same. And many many times in Senate history, they have handled, disputed, or contested elections or appointments, often by referring this to a committee and saying you six senators, you sort it out. You figure out whether this person is coming here validly or not to be a senator.

BLOCK: We're talking here about, you know, legal wrangling. But of course, there's also the appearance of all of this. I mean Roland Burris is African-American. He would be the only African-American in the U.S. Senate.

Profesoor TIEFER: That's a serious consideration. That's probably why the senators would be hesitant to just vote to lock the door in his face and would instead say, this is a serious question. This should be referred to a committee. This should be studied. They don't want the appearance to be that they are disrespecting an African-American who was appointed by a sitting governor.

BLOCK: What is the history of the U.S. Senate refusing to seat members?

Professor TIEFER: Well, it has usually done this when there was a contested election, a charge that the votes were so close, that the wrong candidate was sent by the state. In the House, there's a very colorful history which has led to a Supreme Court case. There was a Congressman Adam Clayton Powell, who was kept out from sitting in because they thought he was too corrupt to to be allowed in.

BLOCK: In this case though, I mean, this is this a horse of a different color. I mean, this has nothing to do with Roland Burris' own qualifications, his own ethics. It has everything to do with the man who appointed him. It does seem that there's no exact precedent for what we're talking about here.

Professor TIEFER: Oh, there's new ground being made here. There's no question about it. It can be argued that it's a sitting governor, and he can choose who he wants. That no one has yet removed him from the governorship. And so therefore, no one's even making an argument that Burris himself is unfitted for office. It's only a question of whether that governor has the power to make the appointment that the Constitution says a governor can make.

BLOCK: Well, what do you think when you look at this case, Professor Tiefer, do you think that the Senate has the right, has the authority, to keep Roland Burris from joining its next class?

Professor TIEFER: I do think that they can convene a committee and study the legality of it, and that it is within their precedence not to seat him while they are studying it. That seems to fit the precedence. For them to summarily slam the door in his face, and refusing even to study it, that would be a bit high handed.

BLOCK: Is that scenario basically to run out the clock and hope that something happens on the state level?

Professor TIEFER: That is the way they have handled contested appointments, contested elections where they had no interest whatsoever in running out the clock. That's the Senate way. That's the way they do it. They don't wanna make snap judgments. They wanna think about it for a while and study it. And that's the respectful way for them to proceed.

BLOCK: Professor Tiefer, thanks very much for talking with us.

BLOCK: Charles Tiefer as a former legal counsel to the U.S. Senate and House. He's now a Professor at the University of Baltimore Law School.

The Hubris And Chutzpah Of Rod Blagojevich 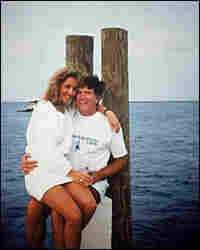 Sen. Gary Hart invited reporters to follow him. They caught him monkeying around with model Donna Rice, seen here sitting on his lap in 1987. National Enquirer/Getty Images hide caption 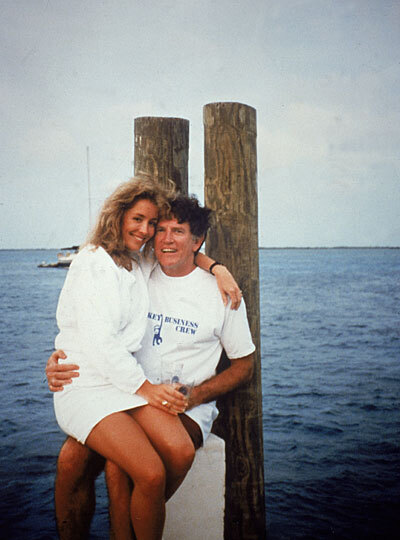 Sen. Gary Hart invited reporters to follow him. They caught him monkeying around with model Donna Rice, seen here sitting on his lap in 1987.

Under a cloud of suspicion for perhaps trying to sell a Senate seat, Illinois Gov. Rod Blagojevich let loose a lightning bolt Tuesday: He appointed Roland Burris, 71, to serve out the U.S. Senate term of President-elect Barack Obama.

The selection flew in the face of the Democratic leaders on Capitol Hill, the Illinois secretary of state and even the president-elect. All of them warned that any Blagojevich appointee would be tainted by scandal and face rejection.

While no one is questioning the bona fides of Burris — a former Illinois attorney general — many are pondering Blagojevich's move and his motive. Observers say the governor's critics-be-damned announcement smacked of hubris.

"People don't run for high office out of any lack of self-confidence," says David Boaz, executive vice president of the libertarian Cato Institute. "And they get so used to people laughing at their jokes and agreeing with whatever they say that they do come to think they're somebody special." And they often do what they darn well please.

The Hall Of Hubris

History books are thick with those who, to paraphrase songwriter Paul Anka, did it their way: Napoleon, Douglas MacArthur, the executives of AIG.

But a whole wing of the Hall of Hubris belongs to American politicians. There's Sen. Gary Hart, who denied having an affair with Donna Rice and famously invited reporters to follow him around — only to be caught monkeying around with Rice on a yacht, appropriately named "Monkey Business." There's Bill Clinton, who wagged his finger at the country and said he did not have sex with Monica Lewinsky. Over there is former New York governor and law-and-order stickler Eliot Spitzer, who was caught using the services of a prostitute.

While those men were led astray by their libido, George W. Bush cited guidance from God when he ignored contradictory intelligence and took the nation to war. He pushed through — or tried to — a number of unpopular appointments, including Harriet Miers to the Supreme Court and John Bolton to the United Nations.

Is the mop-haired Blagojevich such a man — someone who believes he can do whatever he wants? Richard Schott thinks he may be. "Many politicians are attracted to the job since they enjoy and often need to exercise power over others," says Schott, a University of Texas professor and author of People, Positions, and Power: The Political Appointments of Lyndon Johnson.

Often, politicians "seem to be quite narcissistic and may have a narcissistic personality disorder," Schott says. "The world revolves around them, and their reality testing is impaired."

In Johnson's case, political appointments were usually made on merit. But, Schott says, pettiness and rawhide stubbornness occasionally kicked in. "Johnson generally had the cojones to surround himself with persons of disparate views," Schott says. "However, his hatred of Robert Kennedy led him to reject out of hand any candidate who had even been rumored to have associated with him."

As for Blagojevich, a former Golden Gloves boxer, he's going down fighting.

At an earlier news conference, Blagojevich quoted "If," a poem by Rudyard Kipling that encourages a man to speak the truth — though it will be "twisted by knaves to make a trap for fools" — and warns readers to never let foes or "loving friends" hurt them. In other words, ignore all counsel and do what you please.

This time around, Blagojevich introduced his Senate pick. Burris "will be a great United States senator," Blagojevich told reporters. "Please don't allow the allegations against me to taint this good and honest man."

A beaming Burris said he was honored by the appointment, coming at a time when citizens are "confronted with a crisis of faith in our own leadership." Burris is no stranger to political pride: Politico reports that he has already erected a monument, listing his own achievements, at a Chicago cemetery.

A feisty, upbeat Blagojevich stood beside Burris at the news conference podium and even invited Bobby Rush, a Democratic congressman and former Black Panther, on stage to say a few words. It was like a pilot for "The Blago Show."

"I've enjoyed the limelight I've had over the last couple of weeks," the governor quipped to reporters.

There is a chance that, for all of his brass and bluster, Blagojevich might know what he is doing. Boaz of the Cato Institute says Blagojevich is being "more canny" than it might appear. The embattled governor has appointed a respectable, older, African-American official who probably wouldn't plan to run for re-election, Boaz says, and perhaps has "checkmated the Senate Democrats."

Of course, that's only one possible scenario. When hubris is involved, there's no telling how the drama will unfold.