Accessibility links
Predictions For 2009 From 'The Onion' Not much happened in 2008, says Onion editor Joe Randazzo, but one event did prove popular enough that his satirical news publication predicts we'll see it reprised this year.

Listen
Predictions For 2009 From 'The Onion' 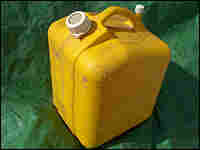 A tip for the new year: Stock up on kerosene. iStockphoto.com hide caption 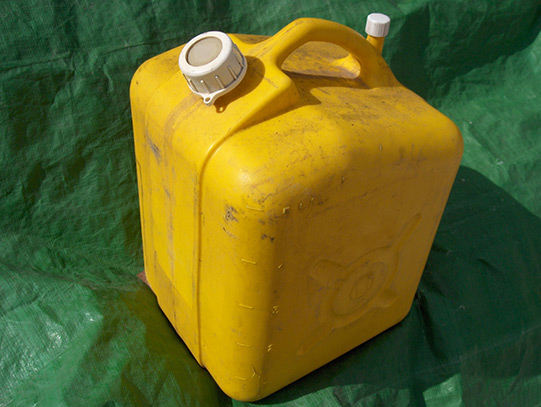 A tip for the new year: Stock up on kerosene.

Not much happened in 2008, says Onion editor Joe Randazzo, but one event did prove popular enough that his satirical newspaper predicts we'll see it reprised in 2009.

The presidential election was so successful for NBC, Randazzo says, that the network will release a sequel this year.

NBC only intended the election series to be two and a half seasons long, but it was too big a ratings giant to let die. This time around, he says, expect flashback sequences to Barack Obama and John McCain's younger days. Bring in a few new characters — The first Asian-American president? The first woman? — and throw in a cliffhanger, and NBC will have another hit on its hands.

This year, people should stock up on kerosene and spears. Randazzo sees roving bands of kerosene pirates as one of the hot new trends. "I think that's something that's going to appeal to children," he says. "They're going to be able to get outdoors and fight for their own food." The elderly may not fare so well in 2009, he says, but at least people will get more exercise.

Another tip for living in a post-economic, apocalyptic world: "You can fashion your own spears from objects you just have lying around the house."

The Onion also predicts that Paris Hilton stands a good chance to make secretary of state in 2009. With an adorable Chihuahua and that special joie de vivre, Randazzo says, the Senate won't be able to resist her. If not that position, then energy secretary is a good guess, he says.

Randazzo also puts to rest rumors that Brangelina — Brad Pitt and Angelina Jolie — will adopt a small country. The real story is that Pitt will become pregnant with quadruplets. "It's the only way to top what they've already been up to," Randazzo says.

As for music, Britney Spears is expected to make a comeback, but the real musical sensation will be Gregorian chants, Randazzo says. The economic meltdown has cast a dour pall over Americans, he says. "I think they're going to want something a little more somber."