Accessibility links
Shooting Crime Scenes In Juarez, Mexico Violence plagues the city, just over the border from El Paso, Texas. We meet with a a newspaper photographer, whose days are spent shooting crime scenes.

Violence plagues the city, just over the border from El Paso, Texas. We meet with a a newspaper photographer, whose days are spent shooting crime scenes. 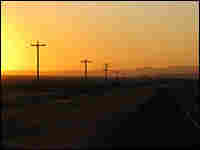 All along the 2,000-mile frontier between the U.S. and Mexico, interconnections dominate daily life. Jason Beaubien/NPR hide caption 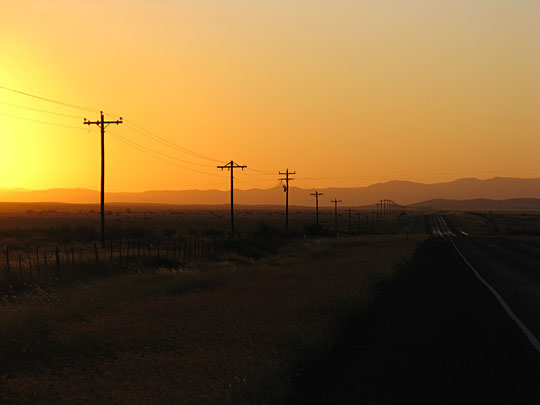 All along the 2,000-mile frontier between the U.S. and Mexico, interconnections dominate daily life.

Stories In This Series 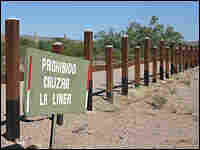 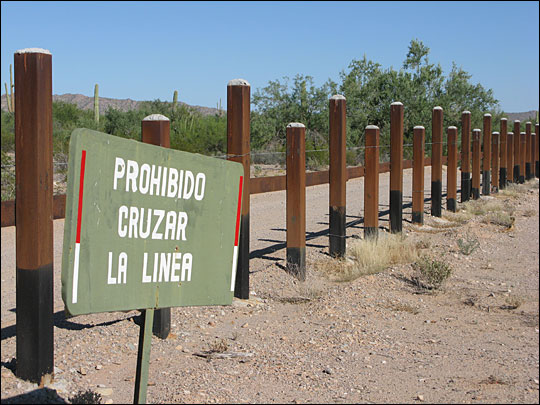 A vehicle barrier along the U.S.-Mexican border, just west of Sonoita, Mexico.

The U.S.-Mexican border is in flux as economic, political and social changes reshape the relationship between the two countries.

The U.S. is building hundreds of miles of fence along the boundary and aggressively deporting more illegal immigrants than at any point in history. Yet, at the same time, trade across the border continues to grow.

On the Mexican side, a drug war — fueled by American demand for illicit narcotics and fought with American weapons — has killed thousands of people this year. The bodies turn up in piles. Some have been shot. Some are strangled. Some are entepado — the heads wrapped in duct tape. Some have no heads at all.

All along the 2,000-mile frontier, the interconnections between these two countries dominate daily life. In restaurants from Eagle Pass to Brownsville, conversations meander in and out of Spanish. In factories from Tijuana to Reynosa, Mexican workers assemble electronics, auto parts and medical equipment destined almost entirely for the U.S. In Nogales, Sonora, teenagers who grew up in the United States contemplate new lives in Mexico after being deported. In California, the international checkpoint between San Diego and Tijuana is one of the busiest in the world.

The border emphasizes how much the U.S. and Mexico rely on each other, and, like siblings, the border also illustrates the tension between them.

The U.S.-Mexican border was roughly drawn in 1848 in the wake of the Mexican-American War.

The Treaty of Guadalupe Hidalgo set Texas' southern boundary as midstream of the Rio Grande and gave more than half of Mexico — including what is now Arizona, Utah, Nevada and California — to the United States. It also drove a thorn into the Mexican psyche that the country has never been able to dislodge.

For most Americans, the Treaty of Guadalupe Hidalgo is at best an obscure historical event. For most Mexicans, it's a monument to the arrogant imperialist ways of their northern neighbor, and they can tell you exactly how much land Mexico lost under the deal of 1848.

And today, the border is still tense.

The U.S. side is being fortified with 15-foot-high fences, razor wire and floodlights. The Mexican side is full of dreamers, drug addicts and migrants lit with the adrenaline rush that comes just before attempting to cross to a new life.

The border is its own world. It's a place where lives and businesses straddle a political boundary. From the south, businesses and migrants and drug smugglers flock to the frontier to try to gain access to the riches that lie just on the other side. From the north, businesses cross to seek lower overhead costs. Tourists seek cheap goods and possibly some seedy entertainment.

It's a place where the richest nation in the world dances with its southern neighbor, flirts with her, courts her, lures her with promises of riches and a good life — yet pushes her away with concertina wire, beckons factories to the fence but no farther, uses her to wash the dishes, make the beds, toil in the fields and tar the roofs, yet arrests and expels her if she happens to get caught.

Some 12 million illegal immigrants are working in the U.S., and last year just over 300,000 were deported.

For many Mexicans, a 4 percent chance of getting deported is worth the risk. A nurse in Tijuana makes about $6,000 a year. A few miles north in San Diego a nurse makes 10 times that amount. A factory worker in Reynosa earns $10 a day, yet across the Rio Grande in McAllen, Texas, a factory worker often earns more than $10 an hour. In McAllen, stretched Hummers cruise the 93 Expressway. Across the river, men collect garbage with horse-drawn carts.

The border is just a line. In the past it used to be a strand of barbed wire and some signs in the Arizona desert. Now it has become a barrier that's harder and harder to cross. And being on one side of that barrier or another can dramatically affect your safety, your wealth and your opportunities.

But at Boca Chica State Park in south Texas, things are different.

At the southern edge of the park, the Rio Grande and the border flow out into the Gulf of Mexico. At sundown, families on the Mexican side fish. Kids splash in the water. On the north bank in Texas, men race all-terrain vehicles across the sand. Couples walk barefoot.

Unlike so many other parts of the frontier, there are no Border Patrol vehicles are in sight, no markers, no fence. It is just a beach at sunset with Americans and Mexicans going about their lives.