Accessibility links
Community Organizers Seek Unity, Leverage More than 2,000 community organizers met in Washington in December to strategize on how to work with the Obama administration and each other. The groups, which want to address campaign promises and ideas, plan to use national databases and newfound political leverage. 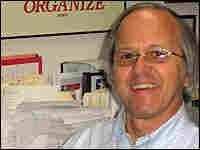 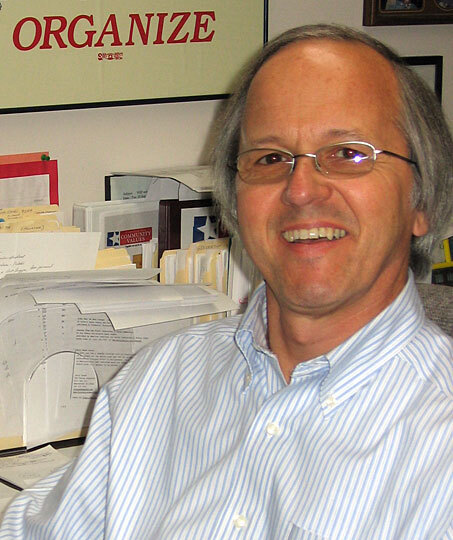 Throughout the upcoming year, NPR will follow some of these community groups to see what, if anything, they are able to do with their newfound influence. This is the first report in the occasional series.

More than 2,000 community organizers met in Washington, D.C., last month to celebrate the election of one of their own, Barack Obama, and also to ask: Now what? How could they use what they hope will be unprecedented access in a new administration? Will the poor and powerless really have a voice?

For those gathered recently at the Washington Hilton, it was a long-awaited moment. For years, these community organizers had been stuck in the wings.

Teresa Anderson, of the Northwest Bronx Community and Clergy Coalition, told members of the crowd it was their time to shine. She recalled a promise made in Iowa a year earlier.

"Sen. Obama, now President-elect Obama, told us that we would have a place at the table where the decisions that impact all of us were going to be made," Anderson said. "Today, we are here to keep that promise. Today is a new day."

The audience erupted into cheers, chanting, "Fired up and ready to go." The crowd was so ecstatic — and expectations so high — the ballroom walls actually shook.

This wasn't your typical Washington affair. The activists, with their brightly colored T-shirts and baseball caps, traveled by bus from more than 30 states. Many had children in tow and hope in their eyes. These people are usually out on the front lines, pushing for things such as low-income housing, universal health care and a higher minimum wage. But here they were, on the inside, being courted by soon-to-be White House aides, such as Obama domestic policy adviser Melody Barnes.

"We are counting — counting on you to talk to us," Barnes told the crowd. "And we have already started that process of listening to people on health care so that we can use that information to build the solutions that are going to bring opportunity and mobility back to this country."

But a few blocks away was a sober reminder of just what these groups are up against. Executives from the Big Three auto companies were appearing on Capitol Hill to plead for a $34 billion government bailout.

Gerry Hudson, of the Service Employees International Union, tried to bring everyone down to earth.

"I know, and you know, that this will not happen just because we now have a friend in the White House," Hudson said. "It's going to take the active participation of all of us in trying to figure out how do we, in fact, realize the promise of this moment."

Taking The Next Step

That was the topic two weeks later in the basement of a small church in Charlottesville, Va. Staffers from the Virginia Organizing Project attended the Washington rally, and a dozen of them now sat at a table in a former daycare center planning their next moves. These organizers are used to working at the state and local level, but executive director Joe Szakos reminded them they now were part of something bigger.

"We're talking about going to Washington, D.C., in February and March," Szakos told the organizers. "Just wanted to let you know some more details," he added, noting that community organizers decided at the D.C. rally that they'd return to Washington every week for the first 100 days of the new administration. They plan to lobby for their agenda — health care, jobs and immigration reform — and to make a mark.

"There will be a place for you to stay and you'll be working with the staff people with the Center for Community Change and other national groups, so you don't have to worry about setting up appointments or doing any of that," Szakos said. "You just have to go, learn a lot and get people active."

Szakos said the Obama campaign spawned an incredible grassroots network. Although it's nonpartisan, the Virginia Organizing Project knocked on more than 140,000 doors this summer to get out the vote. The group's canvassers also asked voters what issues mattered most to them and entered that information into a national database called the Voter Activation Network, which is used widely by Democrats and progressive groups.

Organizer Kevin Simowitz told his colleagues in Charlottesville that it would be a powerful tool in the coming months.

"We could really quickly pull up a list of everyone from the summer [who] said health care was their No. 1 priority, who lives in the city of Alexandria [Va.], and who is 65 years of age and older," he said. "We could make that list in about 10 minutes. ... And then we could follow up and do phone calls with them tonight."

"In the past, a lot of elected officials just refused to meet with you," Szakos said. "And what we found is we've switched their political calculator a little bit, because there's almost a direct relationship: The more doors you knock on, the easier it's going to be to get that meeting."

That's because the door knockers have been able to learn what's on people's minds — and politicians know the organizers can now communicate directly with those voters, he said.

"They know with one push of an e-mail, you can send out something statewide," Szakos said. "All of a sudden, they can't control as much as they could in the past — and they can't hide."

Everyone at the Virginia Organizing Project is ready to go. Szakos isn't exactly sure what's on the Washington agenda; he said his group would take its cues from some of the national groups.

Community organizers think they'll have more success if they work together on one or two items at a time, rather than pushing a long list of demands.

But legislative director Ben Greenberg, a seasoned lobbyist, has some words of caution: He thinks the new administration's honeymoon is already over because of the bad economy.

"They're going to be in a survival mode for at least a couple of years, and I'm hoping not for the entire four years," Greenberg said. "So I think we have reason to worry that we're going to be still dreaming about the things we want to accomplish very late in the first term."

That doesn't mean these community organizers won't try — they plan to be at the table with everyone else. And the first step is to show Washington they are a power to be reckoned with.