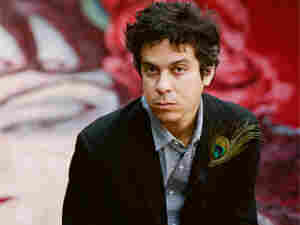 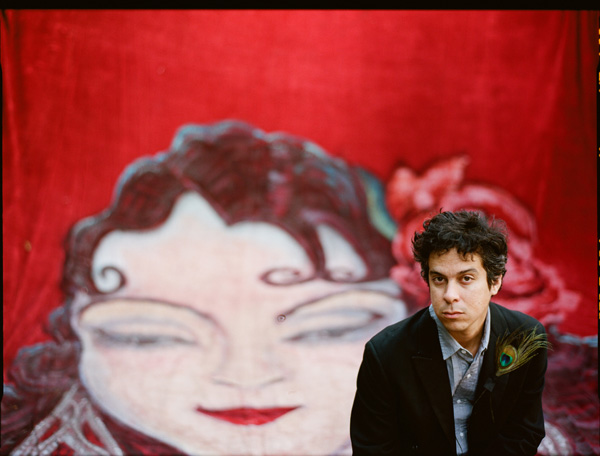 Hear M. Ward give an acoustic, solo performance of songs from his new album.

The songs of singer-guitarist M. Ward seem to drift in on the crackling radio waves of a distant time. Warm and intimate, his largely acoustic and usually spare arrangements are a tribute to what Ward sees as the greatest era for American music: the 1950s and early '60s, when singers like Buddy Holly and Roy Orbison infused country-rooted pop with honesty and romance. Ward's latest album, Hold Time, continues this tradition, with a gorgeously produced mix of finger-picked guitars, upright bass and shuffling rhythms, all tied together by his achy voice.

Hold Time won't be released until Feb. 17, but listeners can hear the entire album here on NPR Music as an exclusive preview.

The new disc was mixed by producer and multi-instrumentalist Mike Mogis, with guest appearances by Lucinda Williams, Zooey Deschanel (She & Him), Rachel Blumberg (The Decemberists) and others. Though it mostly features all-new songs, Hold Time includes a handful of cover tunes, including Don Gibson's "Oh Lonesome Me" and "Rave On," made popular by Buddy Holly.

"I think the songwriting style of (Buddy Holly's) period was superior," Ward says in an interview with All Songs Considered host Bob Boilen. "There was a certain amount of joy in it, no matter how sad the song is. You get joy in listening to these Buddy Holly or Roy Orbison sad lyrics. I'm attracted to songs that have balance between the darks and the lights and giving them all equal opportunity."