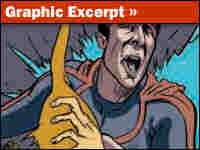 Check Out An Excerpt 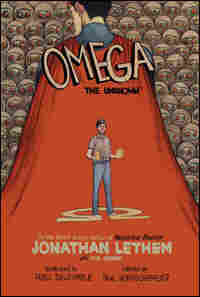 Jonathan Lethem's excellent retelling of Marvel's bizarre, 1970s cult classic comic book series has more post-modern twists than Banksy's graffiti. The original, published in 10 issues from 1976 to 1977, was very much like the TV show The Prisoner in that the point lay more in creating a sense of shattering paranoia than in resolving the plot or giving readers any sort of quick gratification.

Lethem, author of the acclaimed, genre-bending novel Fortress of Solitude and a lifelong comics fan, re-creates the strange, dark mood of the original. The teenage Titus Alexander Island, called Alex, discovers he has odd powers after a car crash reveals his parents to be benevolent androids. While he recuperates, Alex is taken in by Edie, girlfriend of New York City's resident superhero, the preposterous, publicity-grubbing Mink. Meanwhile, a rogue superhero stalks Alex, and self-replicating intergalactic robots invade Earth.

The original Omega was drawn in a dry, pulpy style that gave it a wondrous Cold War creepiness. In contrast, Farel Dalrymple's, sketchy, ironic panels give the characters a sense that they're being overwhelmed by a crass, spin-ridden world not of their making.

What's gives the story its Borges-like depth is its wacked-out social commentary. The evil robots ultimately fail because, like the fast-food burger outlet commandeered to spread them, they're a franchise with horrendous quality control. Comments abound on how commercial culture takes meaning out of existence: "Nihilism may be the sole brand of self-assertion that can't be packaged and sold back to its original owner," observes the narrator.

Despite the weirdness, or perhaps because of it, the story gives readers a zany sense of reality. Omega the Unknown strikes home not because it asks difficult questions but because it re-creates the all-too-familiar sense of living in a bubble of ignorance while the world goes straight to hell. 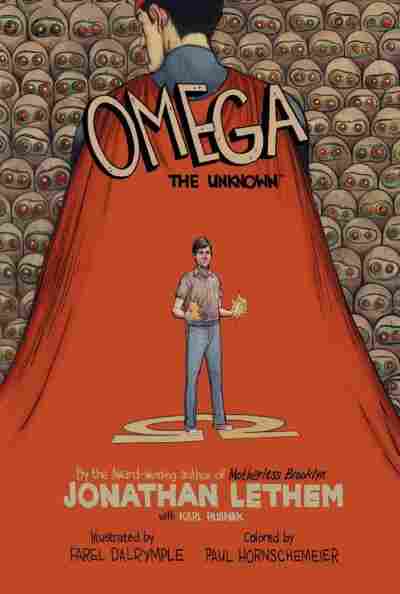