Accessibility links
Social Responsibility And The Web: A Drama Unfolds If a mother makes a reference to smothering her child on Twitter, do you write it off as a joke or try to intervene? What are the demands of social responsibility — and the boundaries of trust and friendship — in a world of social media?

Social Responsibility And The Web: A Drama Unfolds

Social Responsibility And The Web: A Drama Unfolds 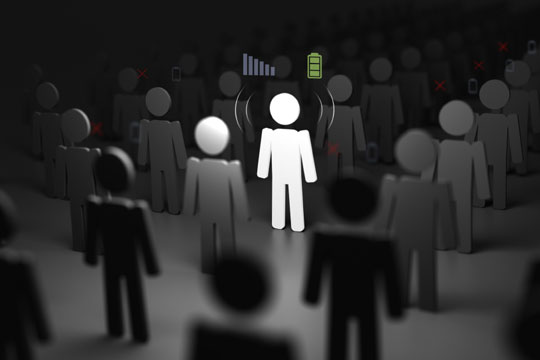 Alarm bells went off Sunday night for readers of a Twitter message by a woman known on the Web as Thordora. She writes a "mommy blog" — Spin Me I Pulsate — about the triumphs and tribulations of domesticity.

Followers of Thordora's blog know that she is bipolar. And that she feels burdened, overwhelmed at times. She is also quite sarcastic in her blog entries and Twitter messages, but as that tweet went out, there was genuine apprehension among her users/readers/followers/friends.

Over the next two hours, a new kind of Web story unfolded — including a real-world visit by police to check on the child's safety — raising all kinds of questions and anxieties. Who is telling the truth and what can you believe in the echo chamber that is the Internet? What is the meaning of trust and loyalty in the Age of Twitter followers and Facebook friends? And what are the demands — and limitations — of social responsibility in this new world of social media?

A Slight Evolution In Human Relations

"People are people both online and offline, so although social media may change how we interact with others, it's unlikely to change core human concepts of friendship and community," says David C. Evans, founder of the social media research company Psychster Inc.

"The new media for social behavior is like a new volcanic island in the ocean that is being populated by plants and animals: Although there will be a slight evolution in how things look and act, the basic form will reflect its origins."

Evans says we should expect "the full array of human tendencies — constructive, destructive, pro-social, anti-social, conservative and risky — to be expressed in social media, as they are in any other arenas of social life."

And, he says, "We are connecting to a much wider range of people who don't know us, as well as to those who live close to us geographically. There is a flattening of relationships."

He says the combination — the weakness of text as a way to express emotion and the shallowness of many online relationships — can result in dicey situations.

Minutes after Thordora sent out her tweet about her 3-year-old, another mommy blogger — who tweets under her blog's name, Feelslikehome — responded with this: "Dear person who just swore in capital letters about smothering your toddler, I'm sorry, but I had to unfollow you. That is not right."

Twitter lives up to its tree-full-of-sparrows name. There's a ditzy quality to the microblogging, a sort of say-whatever-pops-in-your-head capability that is the application's draw and its drawback. It is like thinking aloud in front of strangers. It is a marketing tool and a me-me-me medium.

And it's quite popular. According to HubSpot's "State of the Twittersphere" report, Twitter has 4 million to 5 million users and is adding thousands of new accounts every day.

As the night unfolded, Feelslikehome — who lives in Pennsylvania — provided a link to Thordora's tweet. Users sent messages of distress to the powers-that-be at Twitter.

Such is the attention-deficit nature of online mommy blog chatter that, mixed in with the expressions of anguish over Thordora's tweet and suggestions on how to respond on Feelslikehome, are comments about cats, Foodsavers and a nest of baby rabbits.

Someone plugged in to the network of bloggers and Twitter apparently knew the identity of Thordora and called the police in her locale.

Meanwhile, of course, Thordora was also blogging. The post was titled: "Watch what you twitter, big sister is watching."

Thordora, who declined a request by NPR for an interview, explained her side of the story on her blog. She was tired, she wrote, and she had "yelled, threatened and cajoled" her 3-year-old daughter to get into bed. At 11 p.m. the police came to her house. Thordora opened the door to her daughter's bedroom and showed the sleeping child to the police to prove her child was OK.

Then came a flood of responses. Some sympathized with Thordora; others were appalled that she said what she said. One reader wrote: "I would rather see someone err on the side of caution than to turn a deaf ear on what could be a cry for help. ...The little bit of inconvenience you were subjected to tonight was nothing in comparison to the level of discomfort we were all feeling wondering how this would pan out."

Because social media allow for public commentary, like a town hall debate or a city council meeting, "it fosters increasingly extreme opinions the longer it goes on," says Evans, an effect "which has long been known to make people express radical views."

The Web can exacerbate that effect, he says. "The Internet can bring people who post radical actions as much global attention as rare talents or accomplishments, which creates a strong motivator for them to do so."

When Abraham Biggs committed suicide in front of a Webcam in November, some Internet users texted messages egging him on. But some have found salvation in online intervention: Ayelet Waldman, also a bipolar mother, received help and encouragement from people on the Internet several years ago when she admitted to suicidal tendencies in her blog. She has written a book about the experience called Bad Mother.

In an interview with NPR in December, Waldman said, "I think we're just beginning to understand how we can participate in something that is so widespread and in such a community, while at the same time being ourselves in a very intimate place. I mean, you're home or at the office, you're also — you are participating in a community that in many cases is much larger than your regular live-action community."

Stanford's Fogg says, "My students tell me — and I'm starting to notice — that people use Facebook as a 'call for help' quite frequently."

So what is the responsibility of someone who reads an alarming blog entry or e-mail or tweet like Thordora's?

"I would have done something," says Fogg. "For one thing, she was talking about a child. We all feel a responsibility toward children. It makes everyone perk up. If she were to get drunk and go out driving, that would be different. Yes, it would be a concern to people — and dangerous on the road — but not in the same way"

But, he adds, in this case, "I would turn the coin over. I would tell her if she is going to post this kind of writing online, she needs to accept the fact that people will misinterpret it."

The responsibility rests on the blogger, the Twitterer, Fogg says. Because people will respond to people who sound like they are in trouble — online or off. "That's just normal human behavior."