Accessibility links
Dr. Sanjay Gupta: The Wrong Man For The Job Dr. Sanjay Gupta has plenty to offer: As a neurosurgeon and former White House Fellow in the Clinton administration, he is in an ideal position to help create and pass health care reform legislation. The problem? That's not in the surgeon general's job description.

Dr. Sanjay Gupta: The Wrong Man For The Job

Dr. Sanjay Gupta: The Wrong Man For The Job 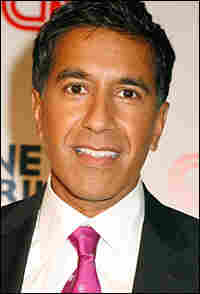 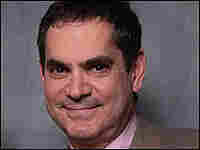 As I write this, neurosurgeon Sanjay Gupta, who is also a medical correspondent for TV networks CNN and CBS, is the leading candidate to be appointed surgeon general by President-elect Obama.

I've got nothing against Dr. Gupta, who I'm sure is a fine neurosurgeon and is an excellent television medical correspondent. But I do have two concerns about his potential appointment to be what everyone calls "the surgeon general of the United States."

The first concern is that the Office of the Surgeon General heads the U.S. Public Health Service's Commissioned Corps, more than 6,000 uniformed officers working in public health positions throughout the federal government and on assignments around the world. It's not clear what qualifies a neurosurgeon, with no public health background, to lead the corps.

Second, and more important, I'm concerned with reports that Dr. Gupta has been offered a major role in the White House Office of Health Reform, working with Secretary-designate Tom Daschle to create and pass health care reform legislation. I think that this, if it's true, reflects a fundamental misunderstanding of the role, and potential contributions, of the surgeon general.

It's not that I'm against health reform. Lord knows we need it, and it is wonderful that the Obama administration is going to make it a front-burner issue. But it will undoubtedly be a contentious, highly political struggle. If Dr. Gupta, with his background as a White House Fellow in the Clinton administration and his communication skills, wants to work on health care reform, that's great. Make him a White House senior adviser or the assistant secretary for health, and go to it. But not surgeon general.

You see, the most important national role for the surgeon general — and the reason that everyone thinks of him or her as the "nation's chief doctor" — is to provide impartial, independent, evidence-based advice to the president and to the country about health and disease.

Think of Surgeon General Luther Terry's landmark 1964 report that first unequivocally linked smoking and cancer, at a time when almost half of American adults smoked. Think of Surgeon General C. Everett Koop's courageous insistence on reporting the facts about how HIV-AIDS is transmitted to all Americans in 1986, despite concerns from Reagan administration staff members. And remember Surgeon General David Satcher's 1999 report on mental illness in America, which documented the disparities in care and coverage for people with mental disorders, that were only finally addressed last year with the passage of the Mental Health Parity Act of 2008.

These and other crucial public health achievements could never have been accomplished if the surgeon general was just another member of the president's political team, trying to get his programs passed. The surgeon general should be independent and not identified with the president's agenda. The easiest way to do this is to appoint a current senior career Public Health Service officer to be surgeon general, just as they appoint career officers to be the surgeons general of the Army, Navy and Air Force.

But if the Obama administration does want to appoint Dr. Gupta, its members should decide if they want him to be the front man for health care reform — which I'm sure he could do very capably — or if they want him to do something else entirely: be the surgeon general of the United States.

Family physician Douglas Kamerow is a retired assistant surgeon general of the U.S. Public Health Service. He lives in Maryland.