Accessibility links
Scarface's 'The Diary': A Southern Classic Breaking away from the formula of his early work, 1994's The Diary showcases Scarface at a high point in his solo career. The Houston-bred rapper set his gritty angst against a backdrop of live instrumentation and laid-back tempos that made for a Third Coast classic.

Scarface's 'The Diary': A Southern Classic

Scarface's 'The Diary': A Southern Classic 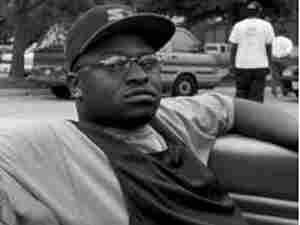 The significance of Brad Jordan's third solo record, 1994's The Diary, cannot be overstated. Though the rapper known as Scarface "retired" his name with the release of his ninth solo album Emeritus, he has already been canonized as a Third Coast legend with a 20-year career to his name, including a nine-year stint as the President of Def Jam South.

Even in his early work, Scarface instinctively sensed that rapping wasn't just poetry put to music, and that powerful somesthesia could be conveyed through stylized performance. On The Diary, he hit upon a transcendent formula: His wizened voice, bleeding with lived experience, told stories of tragic desperation and perfectly complemented the new soulful sonic template of Houston's Rap-A-Lot Records.

Many of the themes of his previous records remained in place–-anger, paranoia, tragic fatalism. And, as always, they were conveyed with a consummate storyteller's eye for detail. In "No Tears" Scarface is on a paranoid mission of self-preservation and he wants the listener to feel his gripping anger: "I see your picture in my head and my hands shake," he raps. The defensive anger 'Face expresses reaches its apex on "Hand of the Dead Body." While raising compelling questions about the hypocritical motives of media critics, he explosively deflates the stereotype of gangsta rap as empty nihilism endangering communities.

But the record's most startling performance is "I Seen a Man Die," a powerfully-rendered tragedy of failed rehabilitation. Scarface first plays the role of griot, then becomes death himself, guiding a man passing from this world. He concludes the hook with an echoing lament: "I never understood why I never saw a man cry until I saw a man die." For Scarface the world is enigmatic, dark and harsh. With The Diary the rapper accomplished the feat of a lifetime by communicating this dire confusion with incomparable power.