Accessibility links
In Drug Underworld, Researcher Finds City's 'Soul' Social scientist Luke Bergmann put himself in the story when he moved to Detroit to study the underground drug economy. The risk was worth it: Getting Ghost provides an eye-opening portrait of a dark, alternative world hidden in plain site. 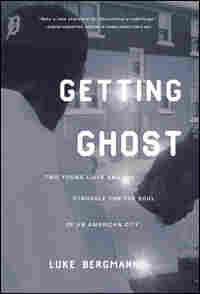 Getting Ghost: Two Young Lives and the Struggle For the Soul of An American City
By Luke Bergmann
Hardcover, 336 pages
The New Press
List price: $27.95 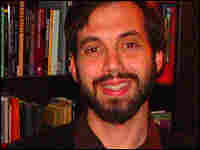 Luke Bergmann is a postdoctoral fellow at the University of California, Berkeley School of Public Health. hide caption

Luke Bergmann didn't have much trouble ingratiating himself as a researcher with Dude and Rodney, two young drug-dealing Detroiters in 2000. "Remember, dog," Rodney tells Bergmann, "we used to being watched. We always got somebody looking at us, so it really ain't no difference with one more."

When Bergmann (a fellow at the University of California, Berkeley) moved to the Motor City to conduct doctoral work on its narcotics trade, drugs were, he writes, a "mundane fact of life." For thousands of kids, "dealing governed the seasonal cycles of their lives and taught them about the nature and power of the state, capitalism and family." More than school, church or, as Bergmann starkly demonstrates, home, the "spot" — a neighborhood or dealer's de facto drug bazaar — was paramount to one's identity and place in the community.

Getting Ghost is reminiscent in subject and depth of reporting to Adrian Nicole LeBlanc's Random Family, her Bronx-based 2003 landmark in immersion journalism. But Bergmann tells a profoundly different tale in a quite different way. Unlike Random Family's fly-on-the-wall technique, which managed to be objective yet achingly moving, Getting Ghost includes in its dramatis personae Bergmann himself, a distinction that adds an element of surprise to the book's social-science intent. Indeed, Bergmann recalls encountering familiar white faces — some former acquaintances from the University of Michigan in Ann Arbor — anxiously waiting in the customers' line at some of his subjects' spots. Bergmann's interactions with his subjects — the often rambling musings on the nature of, say, "rawheads" (heroin users) and "dopeheads" (crack users) — are unfettered and fresh, uncomplicated yet fascinating.

Bergmann uses Dude and Rodney to create two separate, spiraling narratives: Dude's east side neighborhood is one petri dish, Rodney's west side community another. In other words, the real protagonist of Getting Ghost is Detroit itself and the vaporous, intangible society — the people, roadways, infrastructures and institutions — at its center. After a dealer's brother is gunned down on Dexter Avenue, he searches for answers and talks about the boulevard with a mix of affection and indifference. "Dexter's done nothing to nobody," he says. "It's just a street. It's just a sign at the end of a pole. It's been there for over a hundred years."

Evocative pieces of poetry such as this can get trampled by Bergmann's dead-on but sometimes overwrought academic analysis: "[The dealers'] devotion to this space, Dexter, and to one another would seem suggestive of a familiar kind of sociospatial delimitation, of the circumscription, boundedness and intimate finitude of their 'set.' "

Still, occasional lapses into jargon can be forgiven in a story so compelling and so determined to illuminate Detroit's darkened "spaces" — its vacant lots, boarded-up and burned-down houses, inadequate juvenile justice systems. As Getting Ghost vividly and tragically illustrates, Detroit is hardening itself with a wicked cynicism, girding against unfulfilled promises with a "that's life" attitude that, Bergmann ironically demonstrates, is now used to write off death.

Getting Ghost: Two Young Lives and the Struggle For the Soul of An American City
By Luke Bergmann
Hardcover, 336 pages
The New Press
List price: $27.95

The corner of Pleasant and Kercheval is a little less than a mile to the east of Indian Village, roughly in between its edge and the disappearance of Kercheval into the Chrysler plant. Characteristic of the lower East Side of Detroit, its qualities conform to an advanced phase of urban decay, described elsewhere as the "green ghetto." Most of the many vacant lots in the area have been cleared for over a decade, allowing thick foliage, trees, and shrubbery to grow unimpeded. During the warm and humid Detroit summers, the contiguous parcels overflow with tall prairie grass and wildflowers and would look like woodland meadows if not for the sidewalks circumscribing them and for the evenly spaced fire hydrants that line the parameters of city blocks. The ruins of slat-sided houses, jutting, groaning, and leaning away from their foundations, are strewn with accidental awkwardness amid the fields and weeds. On the hazy, heavy-aired day when I returned to visit Dude at the corner of Pleasant and Kercheval, the urban prairie extended up both sides of Pleasant for around 150 yards and came to a stop on either side of the street at a pair of old, rectangular two-family houses.

On the east side of the street was the yellow house where Dude had been working. A couple of days before, he had called me out of the blue, from his friend Treb's cell phone, and said I could meet him at the house on Pleasant. He had given me precise parking instructions, and when I got there I did just as he said, pulling my car to the side of the road about 25 yards past the house. To my right, across a trash-covered field, I could see the back porch of city councilor Tinsley-Talabi's house. "Right under her nose," I thought to myself.

Typical of two-family flats in the area, the house had two doors on the first floor: one that led upstairs, and another that led into the downstairs apartment. The doors were sheltered by a dark porch roof, which had a balustrade around the top for the rectangular upstairs balcony. The yellow house's porch steps were twisted and cracked from exposure, and rang like taut drums as I climbed them. The door leading to the upstairs was on the right. It was old and heavy, reinforced with gray weathered plywood, over which a rusted steel mesh had been nailed. There was a one-inch-square opening in the middle of the upper panel, against which one could press one's face and look through the mesh into the stairwell, or shout up toward whomever might be in the second-floor apartment. I leaned into it and yelled "Hey!" through the screen. "Who is it?" came Dude's familiar voice. "It's Luke!" I shouted, trying to be both cool and audible.

Dude thundered down the stairs and pulled up the weathered four-by-four beam that had been braced between the stairwell and the door, and stomped back up to the second floor. I pushed open the door, which squeaked off the jamb, falling into the stairwell, and walked into the foyer. After the first four steps there was a landing, and the staircase made a sharp left turn and led up to the front room of the second-story flat. Most of the boards for the landing were gone, leaving a gaping opening. There was also an oversize mirror, approximately four feet squared, propped on its edge against the landing's rough framing, so that people on the second floor could see around the bend in the stairs to the front door. I had to negotiate the stairs carefully, with the missing boards at the landing and the frameless mirror leaning gingerly in the corner. At the top was a gate of black steel bars secured with a keyed padlock leading to the front room of the apartment. And poking through the bars were the black, twitching, wet muzzles of three pit bulls that Dude and Treb had been raising in the house. The dogs spent most of their time in this front room, and consequently the pale hardwood floor was covered with a sprawling archipelago of dog shit, steaming in the stifling Michigan heat. From the dog room, there was a pair of French doors leading to the main living room, where there were two plush white couches at right angles to one another, facing a nineteen-inch television. Dude, who had rushed up the stairs in front of me, opened the French doors and plopped himself on one of the couches. "Sit down, man," he said with an impish grin, suggesting that he sensed I might be uncomfortable. He told me that he had just been to the weed house on Holcomb, around a block away. "They got the 'dros right now," he said as he dumped a dime bag of weed on to the coffee table in front of him. "Man, you got a television, Playstation. You all are set up here," I said. "I told you, dog," said Dude, with a proprietary smile. "This ain't no spot, nigga. This a motherfucking home." Dude pointed me toward the rooms in the back of the apartment, each furnished with a narrow, bare mattress. "We got bedrooms up in this piece, Luke."

At twenty years old, Treb was both Dude's elder and had been something of a mentor for him. Tall, light skinned, and muscular, with broad and handsome features, Treb was quiet when Dude introduced me to him, hardly looking up. Chewie, who was sinking into the corner of the couches, with his arms extended at his sides, was more talkative. He reassured me in a clogged-nose whine that he was one of Dude's oldest friends and that if I was Dude's man, it was cool with him if I hung around at the house. The three of them had known and looked after one another for years; they had gone to the same elementary school and had been playmates, friends, and rivals ever since. When I showed up, there was the usual midmorning lull in customer traffic at the house. Treb went into one of the back rooms (where the dogs also spent a lot of their time) to chop up an eight ball of crack into the nickel and dime rocks that they would sell over the course of the afternoon. Dude, Chewie, and I sat in the living room, not saying much; the two of them were dazed from the marijuana and stared passively at the television, where Dr. Phil was haranguing guests on Oprah.

Copyright © 2008 by Luke Bergmann. This excerpt originally appeared in Getting Ghost: Two Young Lives and the Struggle for the Soul of an American City, by Luke Bergmann. Published by The New Press. Reprinted here with permission. 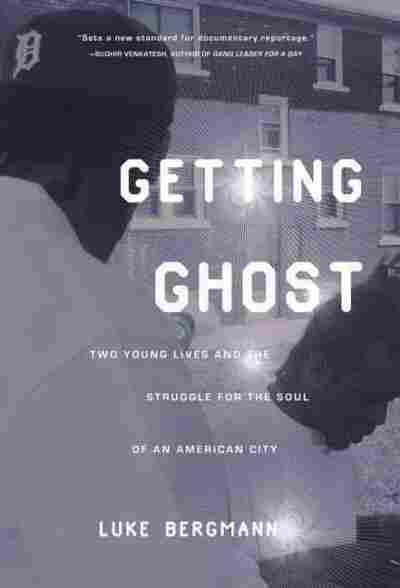