Accessibility links
Hunting Buffalo Across Alaska, And Through History In American Buffalo, Steven Rinella traces the scientific and cultural history of an American icon even as he hunts one of the surviving animals across Alaska with little more than a compass, rifle, bone saw and knife.

Hunting Buffalo Across Alaska, And Through History

Hunting Buffalo Across Alaska, And Through History 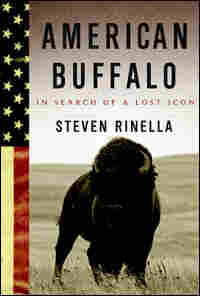 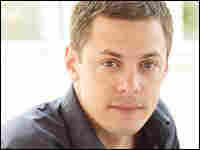 In the late 1990s, while hunting elk in Montana, Steven Rinella stumbled over the half-buried skull of a buffalo. He dug it up, dusted it off and took it home, where it fueled an abiding fascination with the majestic bison that informs every page of his exhilarating new book, American Buffalo.

"At once it is a symbol of the tenacity of wilderness and the destruction of wilderness," Rinella writes of our national preoccupation with the animal, reflected in the names of rock bands and cities, on coins and throughout our literature. "It's a symbol of Native American culture and the death of Native American culture; it's a symbol of the strength and vitality of America and the pettiness and greed of America; it represents a frontier both forgotten and remembered; it stands for freedom and captivity, extinction and salvation."

Intellectual obsessions like this can make terrific reading, especially in the hands of a writer as skillful as Rinella, a correspondent for Outside magazine. In vivid, richly packed chapters he describes the evolution of the buffalo, the uses to which its bones have been put (baking powder, fine china), its sex life (rough). Above all, Rinella is intrigued with the ways humans have hunted the buffalo throughout the millennia, from the Native Americans, who drove massive herds crashing into ravines ("anyone whose sensitivities are disturbed by modern slaughterhouse practices would be utterly repulsed by the mayhem at the foot of a buffalo jump"), to the antics of gunslingers like Wild Bill Hickock, who picked off 30 animals a day and seasoned the meat with gun powder "for a peppery effect."

Rinella's riveting personal account of tracking, shooting and butchering a buffalo anchors the copious trivia and lore. In 2005, he drew one of only 24 annual permits that the state of Alaska grants to shoot a bison in the wilderness of Wrangell-St. Elias National Park.

The last time most readers followed an eccentric young man into the Alaskan bush, the story ended badly in an abandoned school bus. But unlike Christopher McCandless, the hapless soul at the center of Jon Krakauer's Into the Wild, Rinella heads out with compass, rifle, bone saw and skinning knife, all of which he puts to use in the narrative's climax, a bloody, meticulously described and strangely beautiful catharsis. Rinella's obsession is magnificent; his writing powerful; his book, a jewel.

In the past week I've become something of a buffalo chip connoisseur. The perfect specimen has the circumference of a baseball cap, with folded layers like a sheik's turban. It's as dense as a gingersnap cookie, with the color and texture of old cardboard that's been wet and dried out again. Of course, when I say "buffalo chip," I'm talking about buffalo dung, or what's left of vegetation after it passes through the digestive circuitry of North America's largest native land animal, also known as the American bison (Bison bison). These chips will burn with an orange-colored halo of flame surrounding a coal black center; they let off a good heat, not many sparks, and a blue-hued smoke that smells nothing like you'd expect it to. At times I've dipped my face into the smoke and picked up the odors of cinnamon and cloves, dried straw and pumpkins, and sometimes the smell of walking into a bathroom after someone smoked a joint.

If I were to leave my buffalo chip fire right now, it would take me about a half hour to stomp my way through the thickets of spruce and alder that separate me from the Chetaslina River, a fast-flowing torrent of glacial runoff that drains a collection of fourteen-thousand-foot peaks in the Wrangell Mountains of south-central Alaska. If I tossed a stick into the Chetaslina River, it would drift through three miles of narrow canyon before dumping into the cold gray swirl of the much larger Copper River. From there the stick would flow more or less southward, past a couple of small villages and dozens of fish traps that were recently dragged onto the banks by their owners to save them from the crushing floes of winter ice. After dodging past mountains and winding through canyons, the stick would enter the Gulf of Alaska outside of Prince William Sound. As the crow flies (or, as is more likely in these parts, the raven), that's about eighty miles from here. Along the way, the crow would cross one two-lane highway and any number of wolves, coyotes, lynx, black bears, grizzly bears, wolverines, mountain goats, Dall sheep, and moose.

And perhaps a herd or two of wandering buffalo. Earlier in the morning there were about twenty of them in this valley; one of them, a cow, or female, is now lying just uphill from me within arm's reach. Probably about six hundred pounds of hide, bone, horn, and innards. Another four hundred or five hundred pounds of meat. When it fell dead, after I shot it, it slid down the steep slope across the wet slush and crashed into a snag of aspen trees. I've been working on it all day. I made skinning cuts up the legs and then opened the carcass from the underside of the tail to the chin before removing the entrails. With short, fast slices from my skinning knife, I pulled the hide away from the upper half of the carcass as if I were slowly turning down the covers of a bed. I skinned over the brisket, ribs, and paunch, then up and over the shoulder all the way to the animal's spine. If you touch the base of your own neck and feel the pebble-like shapes running up the center of your backbone, you're feeling the neural processes of your thoracic vertebrae. On a buffalo, those things can be over twenty inches long; they act as a sort of mooring post for tendons that support the animal's shag-haired, curve-horned head. The hump gives the buffalo its distinctive look, its front-heavy, bulldozer, mass-shouldered appearance.

I've been rationing my food for the last few days, and now I can eat all I want. I cut some slices of fat from behind the hump and then pull the hide back in place to keep the carcass from freezing too solid to work on. The fat has an orangish color, not like the white fat you see on grain-fattened beef. The orange is from a diet of wild plants that are rich in fat-soluble carotene, the same substance that colors a carrot. The heat of the fire liquefies the fat and leaves the cracklings floating in the oil of my pan like if you melted hard candy and all the wrappers came to the surface. Whenever a crackling becomes rendered out, I pinch it out with the pliers on my Leatherman and blow on it until it's cooled off and crispy. I was keeping my salt in a film canister sealed with duct tape, but sometime over the last week, when I was crossing a river or standing in the rain or snow, the salt got wet. I scrape a chunk out with my knife and then grind it back into grains between my fingers. With a bit of salt, the cracklings taste like pork rinds but much better. They taste wilder.

You can say all you want about Coca-Cola and hot dogs and apple pie, but this is the real original American meal right here, buffalo meat; when the first Americans arrived in the Western Hemisphere, having crossed from eastern Siberia to Alaska, buffalo meat was one of the things that they were after. The animals were bigger then, with longer horns and probably shaggier hair, but it takes a trained eye to tell those skeletal remains apart from the ones I'm cleaning up with my knife.

The red-stained snow and the odor of blood in the air mean that I will not be alone here for long. Already gray jays are squawking around above my head and zipping in and out of the spruce trees. I hear the croak of a raven passing by. Yesterday morning I saw a wolf; last night I saw two grizzly bears, not a half mile from here. The bears were eating rose hips on a hillside in the falling snow. They were young but good-sized, a couple of four-hundred-pounders. I'll bet they hear these excited birdcalls. When the sun ducks down toward the horizon, the thermal currents are going to switch direction and carry the smell right to them.

After I eat the fat and fry some little squares of meat, I load about a hundred pounds of the buffalo into my backpack and start through the trees toward the Chetaslina. From there it's about a three-mile walk down to my main camp along the Copper River.

When I get to the Chetaslina, I see just what I didn't want to see: two sets of grizzly tracks in the fresh snow, circling around near the riverbank. I check the air; sure enough, the tracks are downwind of the carcass. They already smell it. Shit. I unload the meat on the riverbank and drape it with some well-worn clothes and a sleeping bag to give it human odor. I light a little fire next to the meat and then march back up to the carcass and strip down out of my long underwear. My skin breaks out in gooseflesh before I can get dressed again. I drape the pants over the buffalo's horns and make a little scarecrow with the top. Then I piss on a few trees to mark my territory. That's as much as I can do, unless I want to sleep here and take my chances in the dark.

And nope, I don't want to sleep here. I gather up my pack and head back to the Chetaslina. There's a set of grizzly tracks on my boot prints from just an hour ago, backtracking up my trail and then veering off into the spruce trees. I'm going to have to come back up here first thing in the morning, and I'm not looking forward to it. I get a rush of adrenaline at the thought of sorting out who's going to get this buffalo meat, them or me. I'm planning on it being me. 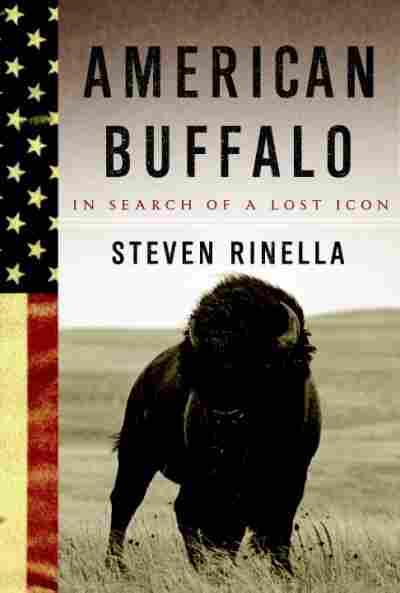 In Search of a Lost Icon