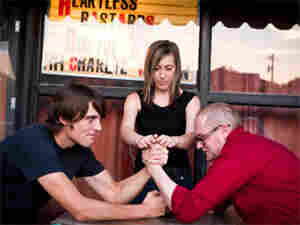 With a reputation for solid, bluesy rock, Heartless Bastards' members will release their third album, The Mountain, in February.

Frontwoman Erika Wennerstrom is the songwriter, singer and guitarist of Heartless Bastards. Her lineup has changed multiple times, but the roots of her sound lie in her powerhouse vocals and raw guitar style — the latter of which is clearly influenced by Jimi Hendrix, MC5 and Neil Young.