Accessibility links
Can A Pregnant Woman's Diet Affect Baby's Sex? A recent study titled "You are what your mother eats" found that women who ate lots of breakfast cereal, salt and potassium were more likely to give birth to baby boys. But some question the study's findings. 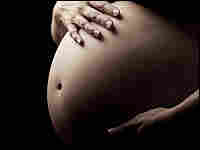 A controversial study suggests that a pregnant woman's diet, and perhaps her environment and overall health, can influence the baby's sex. iStockphoto.com hide caption

Evolutionary biologists don't know much about how mothers might influence the gender of their babies, but they've got lots of ideas.

And increasingly, they've got studies. A recent paper titled "You are what your mother eats" found that women who ate lots of breakfast cereal, salt and potassium were more likely to give birth to baby boys. The study, published in Proceedings of the Royal Society B, was based on surveys with 740 pregnant women who were unaware of the sex of their babies.

When statistician Stanley Young, who works for the National Institute of Statistical Sciences in Research Triangle Park, N.C., heard the buzz over this paper, he was curious. And he was skeptical.

Hadn't scientists answered the question about how a baby's sex is determined long ago? The high-school biology explanation is fairly straightforward. The male determines the sex of offspring: If the man contributes a sperm bearing an X chromosome, then the embryo becomes female. A Y chromosome produces a male baby. It's a matter of chance.

And as far as Young is concerned, that's the end of the story. "The female has nothing to do with the gender of the child," he says.

After reading the paper, Young wrote to the editors at the Proceedings of the Royal Society B and asked to see the data from the study.

"The biological reasoning didn't seem reasonable to me. And I looked at the statistics and it was complicated, but it didn't look reasonable either," says Young.

The author of the study, Fiona Mathews, says she understands Young's skepticism. "It's part of the scientific process," she notes. Yet she stands behind her statistical methods and her findings.

Mathews explains that a growing body of research into evolutionary biology has scientists asking new questions. They're trying to understand what happens to embryos in utero. Not all fertilized eggs make it to birth, so perhaps the mother's environment, diet or overall health does promote the survival of one gender over the other.

Despite the higher incidence of baby boys among women who had more potassium and sodium, Mathews says these are just correlations. It doesn't prove a cause-and-effect.

"The exciting thing is to try to work out which factors are the crucial ones and how they're working to influence the gender of the infant," she says.

Much more research is needed to untangle these questions. But Mathews says it's important for women to realize they can't use the results as a formula for making baby boys.

Critics Call For Replication Of Results

Young's criticisms of the study have been published in the Jan. 14 issue of Proceedings of the Royal Society B. He argues that Mathews and her colleagues may be wrong.

"It's hard to believe that woman can increase the likelihood of having a baby boy by eating more bananas, cereal or salt," Young says.

After examining the data sets from the original study, which included questions about 132 food items, he says it's likely that the statistical significance with some of the foods including cereal and salt were simply due to chance. "It's essential that multiple testing be taken into account with transparent methods," Young says.

"There are lots of people interested in these questions," says Ian Rickard, an evolutionary biologist at the University of Sheffield. "There's a lot of compelling hypothesis and data, but we still don't have the full picture."