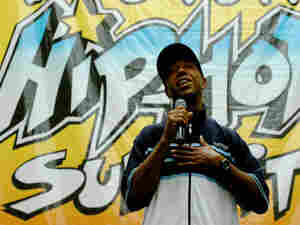 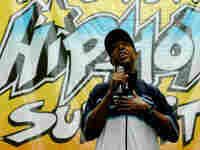 Hip-hop entrepreneur Russell Simmons is co-founder of Def Jam Recordings, the label that brought hip-hop crashing into the music world with the likes of Run-D.M.C., LL Cool J and the Beastie Boys. Simmons endorsed Barack Obama during the primary season, and he'll be in Washington, D.C., to host the Hip-Hop Inaugural Ball on Monday.

The Hip-Hop Summit Action Network, an organization that uses the cultural relevance of hip-hop and its celebrities as a catalyst for social change, will present the ball the day before the inauguration. Simmons says that the group's efforts in getting young people registered, educated and to the polls was significant in the outcome of the election, and that its members deserve to celebrate.

Though he says he's pleased with the outcome of the election, Simmons insists his work is not yet over and that there's a lot the hip-hop world can do to see that Obama delivers on his promise of change.

"The poets are not here to soothe the politicians," Simmons says. "They are here to speak what's on their mind."