Accessibility links
US Airways River Rescue A 'Miracle On The Hudson' A US Airways jet, on its way from New York's LaGuardia Airport to Charlotte, N.C., made an emergency landing in the icy-cold Hudson River on Thursday afternoon. All 150 passengers and five crew members were taken to safety.

US Airways River Rescue A 'Miracle On The Hudson'

US Airways River Rescue A 'Miracle On The Hudson'

Robert Smith And Melissa Block On The Rescue 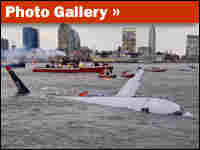 View Images Of The Downed Plane And Rescue Effort 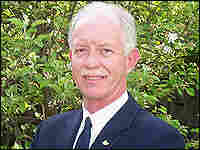 The pilot of the Airbus A320, identified as C.B. "Sully" Sullenberger, is being hailed as a hero. Safety Reliability Methods/AP hide caption 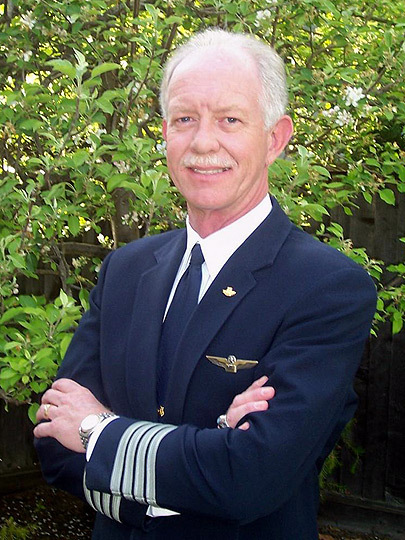 The pilot of the Airbus A320, identified as C.B. "Sully" Sullenberger, is being hailed as a hero.

This image taken from WNBC-TV shows a US Airways plane that went down Thursday in the Hudson River in New York. WNBC-TV, AP hide caption 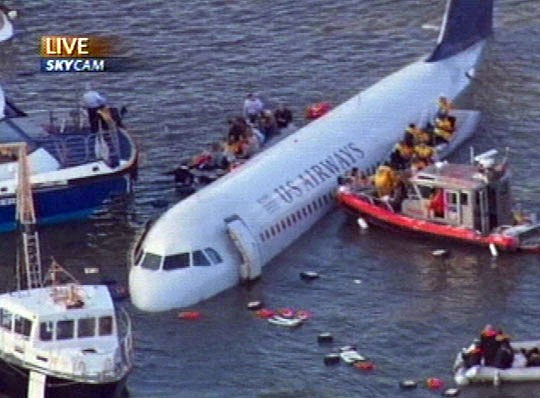 This image taken from WNBC-TV shows a US Airways plane that went down Thursday in the Hudson River in New York.

New York Gov. David Paterson called it a "miracle on the Hudson."

Minutes after taking off from New York's La Guardia Airport on Thursday, US Airways Flight 1549 was forced to make an emergency landing in the icy waters of the Hudson River after the jet lost power. Emergency crews and rescue workers descended on the river and were able to get all 150 passengers and 5 crew members out safely.

The pilot of the Airbus A320, identified as C.B. "Sully" Sullenberger, is being hailed as a hero.

The plane took off at 3:26 p.m. en route to Charlotte, N.C., and went down minutes later, according to a Federal Aviation Administration spokeswoman. It landed in the river near 48th Street in Manhattan.

National Air Traffic Controllers Union spokesman Doug Church said a US Airways pilot reported a "double bird strike" less than 60 seconds after takeoff. The pilot planned to make an emergency landing at the airport in Teterboro, N.J., but instead went safely into the Hudson.

The FAA spokeswoman, Laura Brown, said the plane may have been hit by birds, but the cause of the crash has not yet been determined. The National Transportation Safety Board has already begun its investigation.

Passengers reported hearing bang or thud-like sounds from the engines shortly after takeoff. Almost immediately after the apparent failure of both engines, the pilot told passengers to "brace for impact."

Sullenberger, a former Air Force fighter pilot with more than 40 years of flying experience, was able to glide the plane into the water. Passengers reported that the emergency exits were opened quickly, and many people were able to scramble onto the wing and into life rafts. Others were able to walk directly onto ferries that had swarmed around the wreck and quickly became rescue boats. One ferry boat captain reportedly rescued at least 30 passengers.

A relatively small number of passengers were forced into the frigid water, but they too were quickly rescued.

Several passengers were taken to local hospitals, where some were treated for hypothermia.

Bloomberg said he had spoken with Sullenberger, who told him he walked the length of the plane twice to make sure everyone got out safely before he exited the plane.

Sullenberger of Danville, Calif., also runs a safety consulting firm called Safety Reliability Methods. One safety expert said of the pilot, "If I was on that airplane, I'd want Sully at the flight deck in charge because he knows how to do it right."

Families and friends of those on the flight seeking information can call (800) 679-8215 or go to www.usa.att.com/traveler.

With reporting by Wendy Kaufman, Linton Weeks, Margot Adler and The Associated Press.