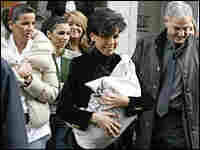 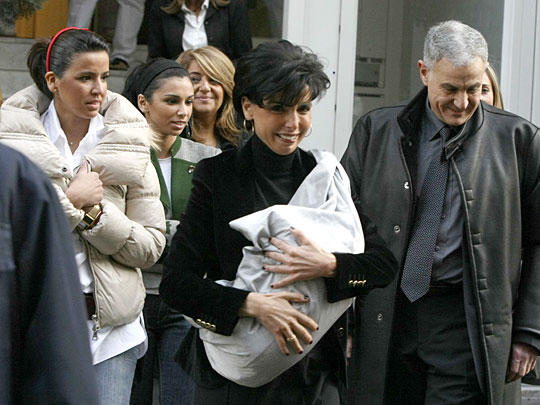 The decision by a French minister to return to work only five days after giving birth has sparked a national debate in France. Justice Minister Rachida Dati's brief maternity leave has set off a howl of outrage from French feminists who say it's a bad example that could be used to undermine hard-won and generous maternity rights.

Dati attended her first cabinet meeting since the Jan. 2 birth of her daughter surrounded by a throng of television reporters and photographers. And, as if showing up for work just hours after leaving the maternity clinic wasn't enough, Dati came decked out in a sleek velvet outfit and stiletto heels.

"And look at those heels just five days after a Caesarian," raved another.

The coverage started a debate that has raged in France since Dati returned to work after giving birth to her daughter, Zhora.

"I think it's terrible for all the women in France," says Florence Montreynaud, a writer and feminist.

"Because this example separates women into two categories: a few superwomen with a wonderful job, and millions [of] other women that are totally normal to feel a little tired after birth. These women are — what to say — sissy? Or weakling?"

Dati's life story of grit and determination has always fascinated the French press. One of 12 children of Algerian-Moroccan parents, who grew up in a gritty, French suburban housing project, Dati is a rare immigrant success story — and the very symbol of emancipation. But she also has undertaken real reform of the nation's justice system while playing hardball with powerful French magistrates. The "Cinderella of the Suburbs" has become the star of President Nicolas Sarkozy's cabinet.

But Laurence Pieau, editor of the French magazine Closer, says nothing spoke louder as a symbol of the modern woman than the photos of a petite, glamorous and radiant Dati striding out of the maternity clinic and back to the office.

"I think these images will stay on the memoire collective, on the memory of all the French women, because it's a very strong image," Pieau says. "I think this image gives hope to women in their 40s, women who want children. Because it shows that you can be pregnant and keep very important responsibilities in your job."

Last year, as the unmarried Dati's pregnancy began to show, she became the focus of a feverish guessing game about the father, whose identity she has refused to reveal. Possible candidates include former Spanish Prime Minister Jose Aznar and President Sarkozy's brother, Francois.

But while the French have accepted Dati's nontraditional private life, skimping on maternity leave was another matter. A poll showed 56 percent of the French disapproved of her going back to work so quickly. France prides itself on progressive social policies that give women 16 weeks of paid maternity leave and provide strong job protection for mothers. That's one reason why France has Europe's highest birth rate.

Martine Dupont is eight months pregnant and has just had a checkup. As she leaves a maternity clinic in the 15th arrondissement of Paris, Dupont says that, unlike Dati, she will use every bit of her maternity leave.

"And I'll probably even take a couple months of parental leave after that," she says. Dati "doesn't project the best image of a mother, but I don't think it will affect the rest of us mothers."

One of Dati's staunchest defenders is Segoline Royal, the Socialist who lost to Sarkozy in the 2007 presidential election. Royal, who has four children, became France's first pregnant minister in 1992. She has called the fury against Dati unfair.

It's Sarkozy's fault for creating pressure on Dati to return to work, Royal says, by not delaying the announcement of the judicial reform program.