Accessibility links
Yo-Yo Ma Picks Music Contest Winners For cellist Yo-Yo Ma, music is all about collaboration. He issued a challenge last fall to fans who wanted to upload their own performances to play alongside his own. Ma has picked a pair of winners — a heavy-metal guitarist and a composer of music for hand bells — who now get to collaborate with Ma, face to face.

Hear The Winners' Music Below

This solo cello version is what the contestants originally downloaded. Their challenge was to add their own performance to it. 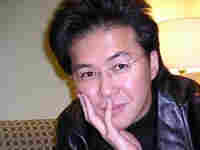 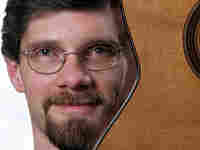 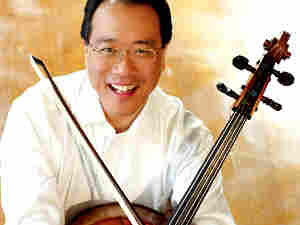 Yo-Yo Ma issued a challenge to musicians last fall to play a virtual duet with him online. Now, he's chosen two winners who will perform with him for real. Michael O'Neill hide caption

Last fall, Yo-Yo Ma issued a special challenge to anyone interested in making music with him. The idea sprang from his fall CD release, which featured Ma in collaboration with famous musicians such as Alison Krauss, Paquito D'Rivera and James Taylor.

Ma encouraged musicians of any stripe to download his own version of the traditional tune "Dona Nobis Pacem," then add their own rendition, mix the two and upload the result to the music site indabamusic.com.

Now, after listening to 354 submissions, Ma has chosen not one, but two winners — hear him pick the winning entries by clicking the link above — whose musical DNA couldn't be more opposite. Toshi is a native of Japan whose father wanted him to learn their country's traditional music.

"Instead, I chose to bang my head," Toshi says. "That was the beginning of my heavy-metal history. Thanks to Iron Maiden. I formed my very first band when I was 15."

Now, Toshi writes music for his band Antiquus, based in Vancouver.

From the opposite end of the aural spectrum comes the gently clanging tones of hand bells, courtesy of composer and arranger Kevin McChesney. His music has won him a number of awards, and he now directs the Pikes Peak Ringers from his home in Colorado Springs, Colo.

As winners, both Toshi and McChesney now have the opportunity to collaborate with Yo-Yo Ma face to face.