Accessibility links
Shari Addison: Gospel In The Inaugural Spotlight The Chicago native was recently the runner-up on BET's Sunday Best. And with a new ministry, a new album and an upcoming appearance at an inaugural ball, her career in gospel music seems to be falling into place.

'No Battle, No Blessing' 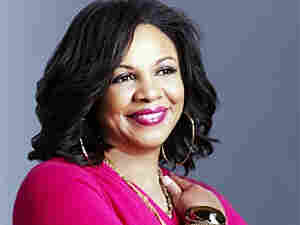 Only now rising to fame in the gospel world, Shari Addison is the mother of four daughters who range in age from 4 to 24. Courtesy of the artist hide caption

You may recognize Shari Addison as the runner-up on BET's Sunday Best, the gospel-inspired version of American Idol. She may not have won the competition, but her career as a recording artist is falling into place quite nicely.

Addison has become a minister. This past week, her first full-length gospel recording was released — a self-titled album. And the Chicago native was selected to perform at the African-American Church Inaugural Ball, alongside several stars of gospel.

"This is an opportunity of a lifetime," she says. "I feel like I'm going down in history as well as our 44th president. And it's something that my children can tell their children: 'Your grandmother actually performed for one of the inaugural balls.'"

Weekend Edition Sunday host Liane Hansen caught up with Addison while en route to Washington, D.C., at WHRO in Norfolk, Va. Addison says she plans to perform a song called "It's Your Time" — appropriately, a metaphor for both her and Barack Obama's careers.

"It not only speaks to me walking through a new door in my life, a new chapter — it signifies anybody out there to be encouraged that when it's your time, you can't miss that circle," she says. "The time is now for you to prosper. ... You may have been waiting for a long time. And I know I have. I've had this desire to be full-time in my music ministry forever — it feels like forever."