Accessibility links
Despite Crowds, 105-Year-Old Heads To Capitol As soon as Barack Obama was elected president, Ella Mae Johnson went in search of inaugural tickets. Now the 105-year-old, who has witnessed black history firsthand, will make her way to the Capitol in Washington, D.C., despite the cold, crowds and long lines. 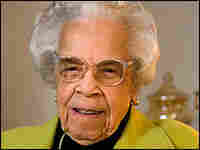 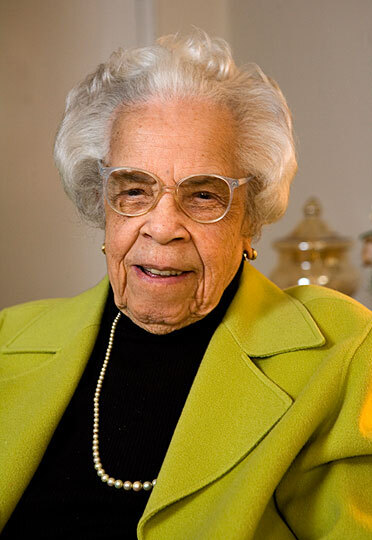 The day after the election last November, Ella Mae Johnson called people she thought could help her get to Washington, D.C., for President-elect Obama's inauguration. It wasn't going to be easy: Johnson is 105 years old.

Johnson has witnessed more than a century of African-American history. And she wanted to see — with her own eyes — Barack Obama sworn in as president.

"I have experienced some of the terrible things that happened to groups, to us and to others," Johnson says. "There are people who believe because you were different, you were less than."

So despite the cold and the crowds, Johnson will make her way to the Capitol on Tuesday to get as close as she can to the ceremony.

Johnson was also an actor in the last century of black history. As a student at Fisk University in Nashville in 1924, she saw civil rights activist and writer W.E.B. Du Bois speak at the college. He criticized the paternalism of the white man who ran that black college. In response, students went out on strike. Some students left the school in Nashville for other black schools.

"I didn't leave. I couldn't afford to leave. I was on a work-study program," Johnson says. "But I stayed off campus. I didn't go to classes for one semester and I went back and graduated one semester later than I should [have]."

The strike forced the university's president, Fayette McKenzie, to step aside. It wasn't until 1947 that Fisk got its first black president.

Johnson stayed in Cleveland, and now she lives at Judson Park, an upscale assisted-living facility. Her social worker, and other staff at Judson Park, set about to get her to Washington, D.C., for the inauguration. Ohio Sen. Sherrod Brown quickly came up with tickets.

But last week, staff at the retirement community realized it was going to be a lot tougher than they'd expected: There would be long lines and Johnson would have to spend not just a few hours, but, six, seven or even more outside in freezing temperatures.

Iris Williams, a nurse at Judson Park, says she and other staffers tried to tell Johnson last week that it wasn't such a good idea to go to the swearing in and risk the long waits and endure the cold.

"Her comment was: 'And? And?' And she just didn't blink a eye," says Williams. "And her final comment was, 'Well, now we know the problems.' "

So on the morning of the inauguration, Johnson got up hours before dawn. She put on her pearls and the elegant outfit she brought. The rented Lincoln Town Car will take her as close to the Capitol as it can; the nurse will push her in a wheelchair.

Johnson says she wants to be there for the new president.