Accessibility links
Man Accused Of Killing Daughter For Family Honor "Honor killings" are an old rite of murder committed by a family member because the victim is perceived to have brought dishonor or shame on the family. Police in Atlanta are investigating the death of a 25-year-old Pakistani woman who allegedly was murdered by her father because she wanted out of an arranged marriage. 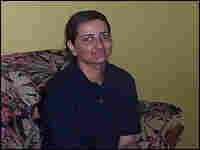 Sandeela Kanwal, 25, was found dead on her bedroom floor last July. Her father allegedly told police he strangled his daughter with a bungee cord because she wanted a divorce. Courtesy of friends of Sandeela Kanwal hide caption 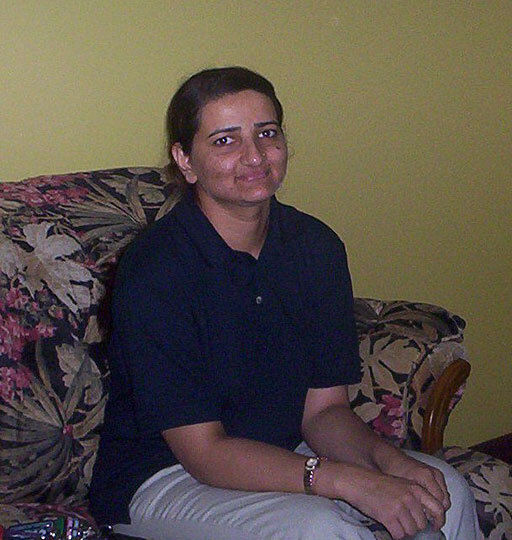 Sandeela Kanwal, 25, was found dead on her bedroom floor last July. Her father allegedly told police he strangled his daughter with a bungee cord because she wanted a divorce.

Courtesy of friends of Sandeela Kanwal

Although often unreported, honor killings have been recorded in several countries, especially in the Middle East and South Asia.

Police in Atlanta have been investigating the death of a 25-year-old Pakistani woman, who was allegedly murdered by her father in the name of family honor.

She wanted out of an arranged marriage, but her father thought a divorce would bring shame to the family.

Honor killings are old rites of murder within families, committed because of some perceived dishonor or shame. The United Nations estimates around 5,000 deaths occur each year — mostly of women, mostly in South Asia and the Middle East.

Detective Mike Christian of the Clayton County Police Department has lived in Jonesboro, a suburb of Atlanta, all his life.

"Supposedly Tara — the big plantation from 'Gone with the Wind' — this is where it was located," Christian says of the family's home.

Past the cemetery where the flag still flies, he pulls into a quiet street with tidy brickfront two-story homes.

It was around 1 a.m. on July 6 when police got several 911 calls connected to that house. The first was from a man who told police, "My daughter's dead." Then, at 1:55 a.m., Clayton County received a 911 call from a woman named Gina Rashid who was worried about her stepdaughter, Sandeela.

Sandeela Kanwal was the 25-year-old daughter of Chaudry Rashid. Christian says when police arrived at the house, they found the 57-year-old pizza shop owner sitting cross-legged in his driveway, smoking a cigarette.

Police found Kanwal dead on the floor of her bedroom, still in her Wal-Mart uniform. She'd been working the late shift that night. As they surveyed the scene, police tried to piece together what had happened. Rashid was taken into custody and questioned.

"He admitted to actually taking the life of his daughter," says Sgt. Stefan Schindler, a 13-year veteran of the Clayton County Police Department.

"And the reason he took his daughter's life," says Schindler, "by his own words was that she wasn't being true to her religion or to her husband."

A Killing To Avoid Shame Of Divorce?

Police believe Rashid killed his daughter because she wanted a divorce and he felt that it would bring shame on his family. Schindler says Rashid told him that killing his daughter was a right given to him by God — and that God would protect him. To police, in other words, this was an honor killing.

"I've never encountered anything like this," says Schindler. "This was the first time."

He says Rashid told police he strangled his daughter with a bungee cord, which he later burned and flushed down the toilet. Police were unable to find it. That's just one of many holes in this case, says Rashid's lawyer, Alan Begner.

"No one saw what happened," he says. "There are no witnesses to it. There is said to be a confession, but there was no interpreter there — although there was an interpreter on the speaker phone, I'm told."

Schindler sat in on the interview. He says Rashid was read and understood his rights. But Begner isn't sure.

"It's not clear to me Mr. Rashid understood that by giving a statement, it might be held against him," he says.

Rashid was refused bail and remains in jail. He's charged with murder and other felonies, including assault.

"Here in Georgia, this is going to make me sound like a backwoods cracker, but we don't have many Muslims," Begner says. "Not too much diversity down here, at least that I'm aware of."

It sent a ripple through this swath of Bible Belt country.

"For me, and my upbringing, nothing in your life prepares you for that," Begner says.

'This Is American Law'

If it is an honor killing — and what really happened that night is not yet clear — it would be one of a handful of such crimes in this country.

In Dallas, an Egyptian man is wanted by police, accused of murdering his two daughters, reportedly, because they had non-Muslim boyfriends.

In Scottsville, N.Y., a Turkish immigrant has been in and out of psychiatric care since he was charged three years ago with killing his wife and beating his daughters because of alleged sexual assault.

In some honor killings overseas, family members have killed women who've been raped because they're considered to have brought shame on their families. For Muslims in Atlanta, the attention was the last thing they needed.

Shahid Malik is a local representative of Atlanta's Pakistani population and one of the very few willing to speak about the Rashid case.

"This thing hurt the Muslim community, Pakistani community," he says.

He says that the killing has nothing to do with Islam, but that Rashid has little education and comes from a small village in Pakistan where tribal traditions are strong.

"I think in their mind, use the name honor killing, they give less punishment," he says. "But that is wrong because law is changed. This is American law."

Malik says years ago, Pakistan used to punish honor killings with only seven years' imprisonment. Now, he says, the sentence is greater. But he says Kanwal's murder doesn't fit in that category of crimes.

"Whatever this case is or not, this is not an honor killing," he says. "It is not based on Pakistani law. Chaudry Rashid loved his daughter."

Begner hopes the state doesn't make this about Islam or ethnicity. This death could have happened, he says, in any culture, with any family.

A pretrial hearing is expected later this month.