'Inkheart': Some Tales Lose Spark In The Telling

'Inkheart': Some Tales Lose Spark In The Telling 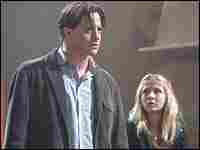 'The Written Word Is A Powerful Thing'

'This Is The Story You've Been Waiting To Hear' 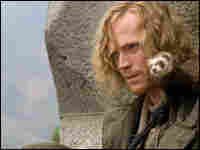 That a story "leaps off the page" when read effectively is a perfectly pleasant notion, though on the evidence presented in Inkheart, probably not a notion that should be asked to support an effects-laden action-adventure all by itself. Frenetically uninvolving, this elaborately produced kidflick seems aimed at the Harry Potter demographic, but it isn't likely to charm Hogwarts fans.

It centers on Meggie (Eliza Hope Bennett), whose book-restorer father (Brendan Fraser) has a talent he's never bothered mentioning as they wander Europe scouring used-book stores for a book he once read her as a child: Mo is a Silvertongue, a fellow who brings fairy-tale characters to life when he reads aloud.

Alas, each time a character slips from the literary world into the real world, a real person must slip in the other direction, as Mo was unnerved to discover when Meggie was 3 years old, and her mom changed places with a fire-juggling Paul Bettany during a bedtime story one evening.

Apparently Mo then botched a chance to re-exchange them, at which point a fairy-tale villain named Capricorn stole Inkheart, the book he'd been reading. Mo's been searching for a copy ever since — has he never heard of Amazon? — and as the movie begins, a dusty volume starts whispering to him from a bookshelf.

Soon he's zipping Meggie off to the care of a prim bibliophile aunt (a woefully underutilized Helen Mirren), so he can do battle with Capricorn (Andy Serkis), who promptly kidnaps them all and whisks them off to a storybook city populated by serfs, scullery maids, Minotaurs, unicorns and a croc with a clock in its stomach. And things get even more complicated when Meggie, discovering that she has the same character-conjuring gifts as her father, summons Toto, who arrives from Oz looking understandably puzzled. Other Ozzians show up later, along with Capricorn's monstrous buddy, who's basically a tornado with teeth.

Cornelia Funke's children's novel no doubt lays out the fantastical rules clearly, but Iain Softley's film doesn't bother, so in no time the chases, conflicts and characters devolve into colorfully digitized incoherence.

It's all handsomely produced, but none of the characters (save perhaps Bettany's fire-juggler) has a distinctive enough personality to make much of an impression. That includes the decidedly flat-voweled Fraser who, surrounded by more linguistically sophisticated British cast members, registers primarily as Hollywood's least likely Silvertongue.