Accessibility links
Young, Idle And Terribly Jaded In The Jazz Age Bright Young People tells the story of how the tabloid press in 1920s London conspired with a self-mythologizing circle of gilded partygoers to create the first set of celebrities famous, in our modern sense, for being famous.

Young, Idle And Terribly Jaded In The Jazz Age

Young, Idle And Terribly Jaded In The Jazz Age 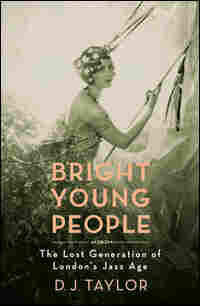 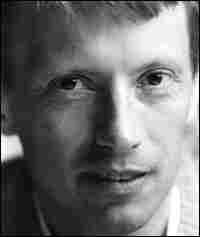 Combining diaries, biographies, news reports and novels to paint the social life of 1920s London, D.J. Taylor has created that rarest of books — one you can safely recommend both to scholars of Evelyn Waugh and the entourage of Paris Hilton. The engaging Bright Young People, written by a critic and novelist best known for his biography of George Orwell, reads like a case study in youth culture, trendsetting, log-rolling and cultivated bohemianism. It examines the symbiotic relationship between a loose-knit group of partygoers and a media that, in gossip columns and mocking denunciations, made them the first celebrities who were famous, in our contemporary sense, for being famous.

By the most generous estimate, there were never more than 2,000 souls among the ranks popularly known at the time as the Bright Young People. By most accounts, those souls were self-absorbed, self-mythologizing and terribly jaded. Their defining exploits included boisterous scavenger hunts, extravagant hoaxes and the "stylized debauchery" of more fancy-dress balls than you can shake an engraved 16-inch-high invitation at — including the Bath and Bottle Party, the Circus Party, the Hermaphrodite Party, the Great Urban Dionysia and the Mozart Party, where the menu came from a cookbook owned by Louis XVI. They excited the public imagination — and incited a moderate moral panic — with their fast living and reflexive flippancy.

The greatest talents associated with the movement were Waugh and the photographer Cecil Beaton. Taylor deftly traces how the former drew on his friends' exploits for the hysterical satire of Vile Bodies and Decline and Fall, and how the latter — an Edmund Hilary among social climbers — used his to further his career. Lesser accomplishments detailed here include Singing Out of Tune, a novel by brewery heir Bryan Guinness that documented the Bright Young Person's daily routine: "waking up late, meeting people for lunch, bringing the lunch party home for tea, moving on to cocktails and dinner... and ending up with a communal trek around the fashionable restaurants of the West End."

But in this realm any accomplishment was an exception, and the non-career of the occasional poet Brian Howard proved emblematic of this wasted youth revolt. "The books Brian Howard never wrote would fill a decent-sized shelf," Taylor writes, elsewhere noting that the man lived out his frustrating life "in that exotic never-never land where the Ritz bar meets the out-of-season Continental resort." The fun ended soon enough; by 1931, England was in financial crisis and a 10-hour-long Red and White Ball rang down the era. But Taylor's skillful reconstruction of the whole hazy time feels like a lasting party favor.

Toward the end of June 1928, a curious invitation began to descend upon certain doormats in the southwestern postal districts of London. It was the height of the metropolitan season and the mantelpieces of Chelsea and Belgravia were crammed with requests to attend debutante balls and evening parties — the Countess of Ellesmere's ball at Bridgwater House was shaping up to be the summer's most talked-about social event --and yet this particular rectangle of stiff white cardboard seemed unusually distinctive. Printed, rather than engraved — an economy that any Mayfair hostess would have instantly remarked — issuing from 44 Grosvenor Square, SW1, but without the customary instruction to RSVP, it advertised what, in the context of postwar London society, was a unique entertainment. Here, in short, irregularly set out lines of script, "Mrs. Plunket Greene, Miss Ponsonby, Mr. Edward Gathorne-Hardy and Mr. Brian Howard" requested the pleasure of the invitee's company

at St George's Swimming Baths, Buckingham
Palace Road, at 11 o'clock, p.m. on Friday,
13th July, 1928.
Please wear a Bathing Suit and bring a Bath towel and a Bottle.
Each guest is required to show his invitation on arrival.

Who were the hosts? None of the prospective guests — idle young men living in Mayfair mewses, blooming specimens of aristocratic girlhood from Pont Street and Lowndes Square, tatterdemalion "artists" hunkered down in Chelsea basements, gossip columnists on the London society magazines — had the least trouble in identifying them. Young — at twenty-seven, Elizabeth Ponsonby was the oldest by a year — louche, irregularly employed, they were all indefinably glamorous, well-connected, and, as such, had been a fixture of newspaper society columns for the past three years. Elizabeth Ponsonby was the daughter of a former government minister destined to become Labour leader of the House of Lords; "Babe" Plunket Greene, stepdaughter of Arthur Bendir, the chairman of Ladbroke, was married to Elizabeth Ponsonby's cousin David, grandson of the composer Sir Hubert Parry; the Honorable Eddie Gathorne-Hardy was a younger son of the Earl of Cranbrook; Brian Howard the scion of a successful art dealer and impresario who conducted his business from Bryanston Square and spent his leisure in a sixteen-bedroom country house (which his son thought inconveniently small) in Sussex. Together they were the embodiment of a group of twenty-something men and women — fast, rackety and pleasure-seeking — sometimes known to the newspapers who wrote up their goings-on as "the younger set" but more often filed under the name by which history now remembers them: the Bright Young People.

Convened beneath the darkness of a sultry summer night, the "Bath and Bottle Party," as it came to be known, was the Bright Young People's apotheosis. No subsequent gathering approached it either in terms of novelty or notoriety. Gossip columnists who had failed to secure invitations hastily defended their absence. Nobody believed "Johanna" of The Lady, who, inveigled to the dirt-track racing at the White City, pronounced that she "did not regret a bit missing the amusing 'bathing party.'" Among several press reports, the most authentic was provided by Tom Driberg, a young Oxford graduate who assisted Colonel Percy Sewell on the Daily Express's "Talk of London" column. Driberg's eyewitness account, which appeared in the next morning's edition, mixed resolute attention to detail with what, to most of his middle-class readers, would have been the whiff of scandal. "Bathing costumes of the most dazzling kinds and colors were worn by the guests," he gravely reported, while dancing took place to the strains of a Negro orchestra and the hardy leaped into the bath, "of which the water had been slightly warmed." Roving across the assembled throng, Driberg's copy-hungry eye noted:

Great rubber horses and flowers floated about in the water, which was illuminated by colored spotlights. Many of those present brought two or three bathing costumes, which they changed in the course of the night's festivities. Cocktails were served in the gallery, where the cocktail-mixers evidently found the heat intolerable, for they also donned bathing costumes at the earliest opportunity. A special cocktail, christened the Bathwater Cocktail, was invented for the occasion.

As for the guests, Driberg found he could recognize the Honorable Stephen Tennant, son of the late Lord Glenconner, in "a pink vest and long blue trousers." A less obvious reveler was Clive Bell, the Bloomsbury art critic, while among the ladies "Miss Elizabeth Ponsonby looked most attractive in a silk bathing costume of which the lower part was red and the bodice rainbow-like with its stripes of blue and red." Amid much preening and carousing, a certain amount of bona fide swimming took place. Brenda Dean Paul remembered Mary Ashley Cooper giving "some really wonderful exhibitions of diving," while a group of Mayfair debutantes "remained in the pool the whole time ducking those who came their way." Meanwhile, an older category of guests looked more or less benignly on. The only available seats were in the changing cubicles, Brenda recorded, "but by this time the older generation of dowagers had acclimatized themselves to almost anything. Nothing seemed to surprise them any more." Looking back on the scene, the baronet's daughter could still picture this group of elderly ladies, "quite contented like plump hens in cubby holes, sitting in dim solitude ... with lorgnettes fixed at the dripping parade."

No photographs of the Bath and Bottle Party survive. Written accounts, on the other hand, confirm that most of the activities associated in the popular imagination with the Bright Young People were triumphantly on display, a compound of cocktails, jazz, licence, abandon and flagrantly improper behavior. The party continued beyond dawn: policemen had to be brought in to encourage the final guests to leave; passersby on their way to work were startled by the sight of scantily clad young men and women in search of buses and taxis. Much more disquieting, from the angle of newspaper moralists, was the musical accompaniment. "Great astonishment and not a little indignation is being expressed in London over the reports that in the early hours of yesterday morning a large number of Society women danced in bathing dresses to the music of a Negro band at a 'swim and dance' gathering organized by some of Mayfair's Bright Young People," the Sunday Chronicle observed. A "well-known society hostess" remarked that her principal objection to the party was "the colored element." 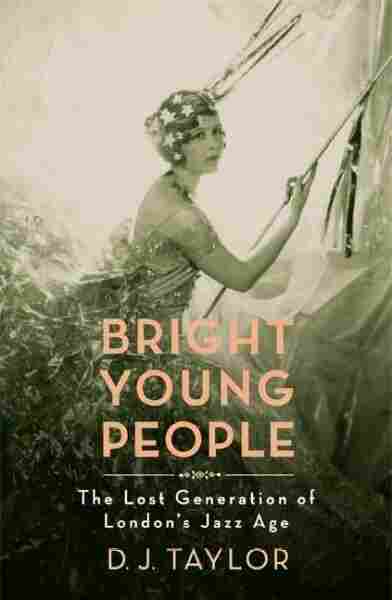