Accessibility links
Run On Sentence: A Lumbering Stroll Run On Sentence is a vehicle for multi-instrumentalist and songwriter Dustin Hamman, who performs with a rotating band of talented musicians. In "Stonewall," he takes his sharp-edged croon on a tour of cold city sidewalks.

Run On Sentence: A Lumbering Stroll

Run On Sentence: A Lumbering Stroll 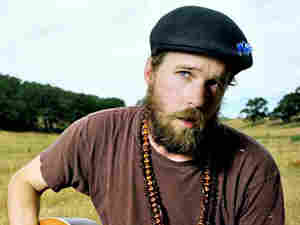 Run On Sentence is a vehicle for multi-instrumentalist and songwriter Dustin Hamman, who performs with a rotating band of talented musicians from his hometown of Portland, Ore. On Oh When the Wind Comes Down, Hamman's visions of folk music are realized with rich imagery and entrancing instrumentation, as he crafts vivid storylines and long strings of compelling narration. He slips and slides from one character to another throughout the record, his versatile voice and musical styles setting the scene.

In "Stonewall," Hamman takes his sharp-edged croon for a lumbering, jazzy stroll. The song finds him ambling along after Old Stonewall as he stumbles on his way: "Stonewall, I can't believe my eyes / I see you're still just hanging around / at the Red and Black Café / I got news for you, son, that ain't no YMCA." A slouching shoulder-twitch of a beat slinks the song along the city sidewalks, mimicking the gait of the old man and his melodic pursuers. A sweet horn solo builds into a climax and tears off in a quick double time before Hamman sends Stonewall off into the dark of the night: "No one's feeling sorry for you anymore / Outside it's getting colder / but the neighborhood's giving you the old cold shoulder."