Accessibility links
Nuevo Laredo Returns To Normal As Violence Slows While Ciudad Juarez remains the epicenter of violence in Mexico, another border city has seen a dramatic decrease in murders. Rival drug cartels have made a pact, it appears, which has helped. Meanwhile, new Mayor Ramon Garza has been trying to turn around the image of his city. 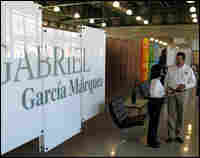 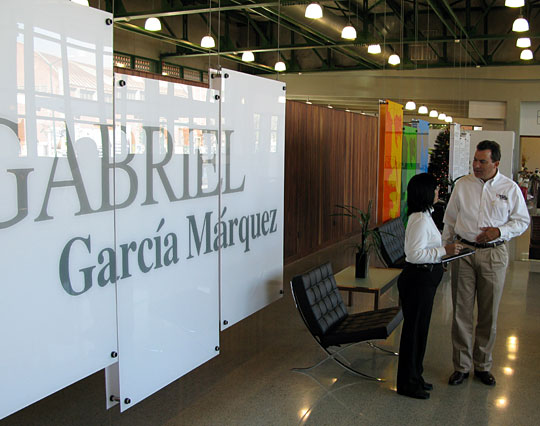 While Ciudad Juarez remains the epicenter of violence in Mexico, another border city has quietly begun to return to normal.

Nuevo Laredo, across the river from Laredo, Texas, has experienced a dramatic drop in killings — from 180 murders in 2006, to 55 in 2008. Locals report they feel safe in the streets again, and tourists are trickling back.

It's hard to overstate how bad it was four to five years ago.

The new police chief was murdered hours after he was sworn in. Rival cartel gangs used rocket-propelled grenades in street battles. Thugs murdered the editor of the largest daily, El Manana, in 2004, because they didn't like its coverage. And two years later, they attacked the newspaper's newsroom.

"They started shooting with automatic weapons in the direction of the receptionist. And after that, one of the shooters threw a grenade; it exploded right in the hall in front of the editorial director office," says current editor Daniel Rosas. A bullet hit a reporter, who remains in a wheelchair to this day.

Around the city, tourism evaporated. Even the U.S. Consulate closed briefly. Families that were able fled across the river to Laredo.

Then in 2007, the turf war apparently ended and the city began to return to normal.

"Fortunately, the violence has decreased a lot. Fortunately, investment is coming back. We have a new Wal-Mart. We see a renewal," says Rosas.

What a difference a truce makes.

The Sinaloa Cartel had been trying to muscle into Nuevo Laredo, which is controlled by the Gulf Cartel. The Sinaloans wanted access to Laredo, the busiest trade port along the U.S.-Mexico border, where it's relatively easy to smuggle drugs inside some of the 6,000 commercial trucks that travel south-to-north every day.

But the two warring mafias, weakened by their own casualties and under pressure from Mexico's tough anti-cartel president, Felipe Calderon, made a prudent business decision.

"They weren't making money at that point," says Will Glasby, special agent with the Drug Enforcement Administration stationed on the southern border. "They realized that they were spending more time waging a war as opposed to conducting criminal enterprises. And, in doing so, they were losing members on a daily basis through executions, assassinations."

Under the current cease-fire, Glasby explains, the Sinaloans pay a tax to the Gulf Cartel to use the Laredo border crossing. At the same time, the Sinaloans moved up-river to try and wrest control of Juarez from the Juarez Cartel — which has resulted in the daily carnage in that city.

No one suggests that the cartels have gone away. The city has reverted to an earlier model: The traffickers smuggle cocaine and marijuana across the river, mostly mind their own business, and Mexican authorities — some of whom are on the take — look the other way.

The city's charismatic new mayor, Ramon Garza, put it bluntly: "You cannot have a city like Laredo without a cartel."

He knows all too well the power of the cartels. His friend and adviser Rolando Montante was murdered in January 2008. A U.S. official in the area said they suspect the narco-mafia was behind it.

Ever since he took office, Garza has been trying to turn around the image of his city.

"A lot of people still think there's a lot of violence in Nuevo Laredo. The perception is the hardest thing to change," he says.

Garza — a tall, affable 47-year-old and the ambitious son of a wealthy customs brokerage family — wants to redefine his city.

Over the course of an afternoon, he shows off Nuevo Laredo's handsome new cultural center, the new civic center and the zoo.

But the crown jewel of his year-old administration is the old train station. It's called Estacion Palabra, or "Word Station." In a leap of imagination, Garza has transformed the old passenger train station into a sleek and sunlit literature center. It was inaugurated last September by none other than Gabriel Garcia Marquez — Latin America's literary giant — who passed through here in 1961. Standing over a glass case containing editions of Marquez's masterpiece, One Hundred Years of Solitude, Garza says proudly that more than 15,000 people have visited the Estacion Palabra since it opened.

As journalists say, the story line has changed in Nuevo Laredo. You won't hear as much about it now because the drug violence has moved to Juarez. And that's a good thing for Nuevo Laredo. U.S. counternarcotics agents expect the combatants in Juarez to tire of their bloodletting sooner or later as well.

Mexicans on the border are sick and tired of living in the crossfire of the drug wars. Many would much rather go to a quiet place and read a good book.