Accessibility links
More Bad News For Housing Sector New data suggest the housing crisis is far from over. The number of homes breaking ground last year was at its lowest level in 50 years. The Federal Housing Finance Agency shows prices are dropping rapidly and a survey of builders released Wednesday shows there is no optimism there, either.

New data suggest the housing crisis is far from over. The number of homes breaking ground last year was at its lowest level in 50 years. The Federal Housing Finance Agency shows prices are dropping rapidly and a survey of builders released Wednesday shows there is no optimism there, either.

From NPR News, this is All Things Considered. I'm Michele Norris. It may seem to you as if we're flogging a dead horse, but there are new numbers out today that tell us the housing market is in dismal shape. The Commerce Department said new housing starts plunged to their lowest level since 1959, back when they started tracking this figure. Separately, the Federal Housing Finance Agency said home prices fell nearly nine percent last year. So, is there any bottom to all this? NPR's Yuki Noguchi has been asking economists that question.

YUKI NOGUCHI: Sometimes, even a gloomy economic report contains some bright spots. Not so with this latest housing news, says Patrick Newport.

Mr. PATRICK NEWPORT (Economist, IHS Global Insight): Not only were the numbers really bad, but the leading indicator in the report tells us that the numbers over the next two months will be ugly.

NOGUCHI: Newport is an economist with IHS Global Insight, a forecasting firm. He says the number of housing permits, which is a leading indicator of future building, remains very low. Five years ago, cheap loans fueled demand for new homes. Now all that's slammed into reverse, and there's already a huge glut of homes on the market.

Mr. NEWPORT: People are losing their jobs. They're losing their homes. And they're moving in with relatives. And so you have an extra home that's added into the market. There are just too many homes for sale.

NOGUCHI: Newport and others estimate there are roughly one million excess homes on the market. And actually, that oversupply stands to get worse.

NOGUCHI: That's Rick Sharga, senior vice president of RealtyTrac, a research firm. He says the market right now is underestimating the supply. That's because there's a block of homes that are in foreclosure and had been taken over by banks but are not yet put up for sale on the Multiple Listing Service.

Mr. SHARGA: You have hundreds of thousands of bank-owned properties that aren't yet showing up on those inventory reports.

NOGUCHI: So, when finally can we say we hit bottom? Sharga says that happens when prices stabilize, inventory and foreclosures decrease, and home sales increase.

Mr. SHARGA: In a normal market cycle, you'd already see people coming back into the market to buy these properties.

NOGUCHI: But, he says, both banks and consumers lack confidence. So, even bargains aren't tempting. If there is any bright spot, Sharga says, it's this.

Mr. SHARGA: One glimmer of hope I can give you is that right now we believe the peak year in terms of new foreclosure activity will probably be this year. And that, at least by itself, should start the healing process a little bit.

NOGUCHI: The good news, in other words, is that things are so bad, it simply can't get too much worse. Yuki Noguchi, NPR News. 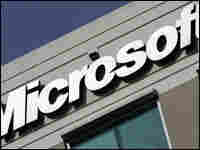 Microsoft said it plans to cut 5,000 jobs over the next 18 months amid a drop in profits. AFP/Getty Images hide caption 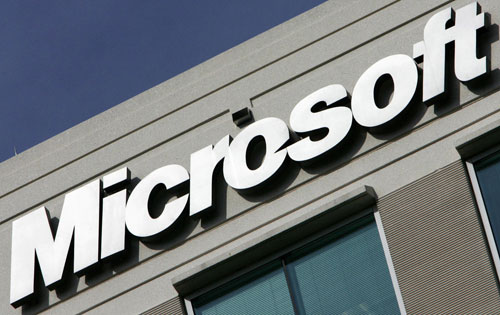 Microsoft said it plans to cut 5,000 jobs over the next 18 months amid a drop in profits.

Any hope for better economic news at the beginning of the new year were dashed Thursday with fresh data showing that the collapse in the housing and labor markets continues unabated. Claims for unemployment benefits jumped to a seasonally adjusted 589,000 in the latest week, and Microsoft announced it is cutting 5,000 jobs.

Home construction plunged to an all-time low in December, capping the worst year for builders in a half-century.

The Commerce Department reported Thursday that construction of new homes and apartments plunged 15.5 percent to an annual rate of 550,000 units last month. Economists had predicted as many as 610,000 new home starts.

In 2008, builders broke ground on fewer than 1 million new homes, also a record low. That marked a 33.3 percent fall from a year earlier.

Meanwhile, jobless claims for the week rose 62,000 to 589,000 — far above expectations — as employers continued to cut jobs at a furious pace.

Unemployment is now at a 16-year high of 7.2 percent. Many economists predict the unemployment rate could reach double digits in the near future, matching jobless rates not seen since the early 1980s.

"These figures are horrible. What can you say? Pick an adjective: terrible, horrendous, disastrous. They all apply," said Ian Shepherdson, chief U.S. economist at High Frequency Economics in Valhalla, N.Y.

The Obama administration and congressional allies have proposed the largest public-spending program since World War II in the hope it can help break the economy from the recession's grip, although some Republicans have raised concerns about the size and scope of the plan.

A key tenet of the package, Obama has said, will be reducing the number of foreclosures across the country and increasing credit access to consumers.

During his Senate confirmation hearing Wednesday, Treasury Secretary-designate Timothy Geithner said the package probably would not be delivered for several weeks, signaling that the administration hopes to deal with the economic crisis in a systematic way instead of responding on a case-by-case basis.

"We're at the beginning of this process of repairing the system, not close to the end of that process," Geithner told the Senate Finance Committee. "And it is going to require much more substantial action on a very dramatic scale."

It remains to be seen how long the financial system will remain stable enough to keep from forcing the new administration's hand.

Fear of a wider banking collapse has grown in recent days, with signs that losses at major U.S. and foreign banks are deepening.

The Federal Reserve has taken a number of extraordinary steps in the hopes of providing some economic relief. It is buying up certain types of mortgages and has slashed a key interest rate to a record low of between zero and 0.25 percent.

As a result, mortgage rates have dropped to the lowest level in decades in recent weeks, although that does not appear to be drawing enough new buyers into the housing market.

Also on Thursday, Microsoft Corp. stunned investors with the announcement that it would cut 5,000 jobs, about 5 percent of its workforce, over the next 18 months owing to fallout from the global recession. The company also reported that its profit in the second quarter slid 11 percent.

"We are not immune to the effects of the economy," Microsoft Chief Executive Steve Ballmer said in the company's earnings report.

Intel Corp. said Wednesday that it plans to cut up to 6,000 manufacturing jobs as the company struggles with lower demand for personal computers.

Shepherdson of High Frequency Economics believes that the bleak economic situation isn't likely to change until the planned federal package is enacted and filters broadly throughout the economy. He predicts the administration will have to seek an additional stimulus package as early as next year as the economy worsens in coming months.

A report from the Congressional Budget Office concluded that much of the stimulus money would not be spent until after 2010. The report found that of the $355 billion Democrats proposed for infrastructure and other so-called discretionary spending, only $136 billion would be spent in the next two years.

"The economy is in an unambiguous trend downward. It is going to require a great deal of effort before that begins to change," Shepherdson said.