Accessibility links
In 'Freshwater,' A Lighter Side Of Virginia Woolf The Bloomsbury novelist was a Serious Writer, and as English Lit students know, her brooding ways didn't end well. But her only play, Freshwater, reflects a bright sense of humor. It's getting a New York production at last.

Listen
In 'Freshwater,' A Lighter Side Of Virginia Woolf 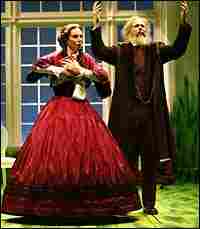 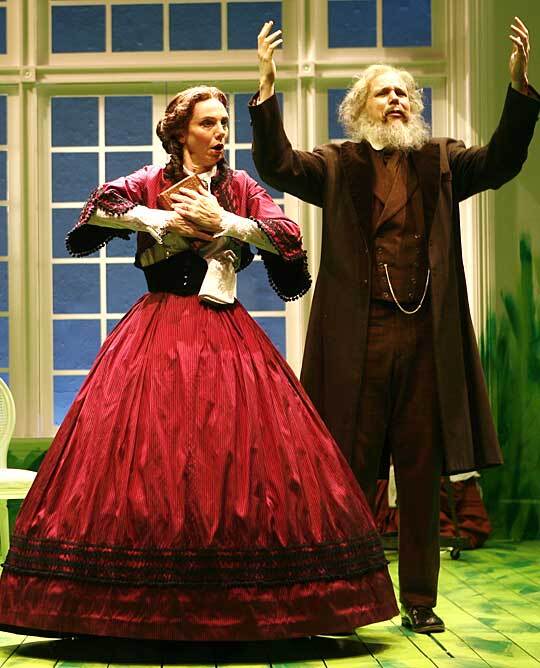 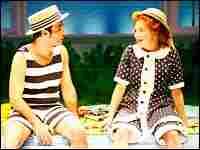 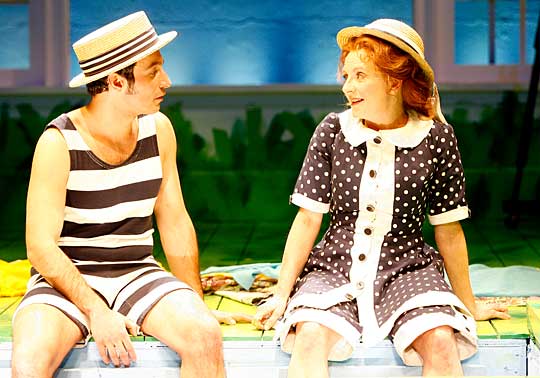 'If Only I Could Escape'

British novelist Virginia Woolf is in that league of writers whose work is required reading: In other words, very, very serious.

But she had a silly side — and it came out in her only play, Freshwater, which receives its professional premiere off-Broadway on Sunday, Woolf's 128th birthday.

In the days before big-screen TVs, the Internet and the Wii, people had to create their own entertainment. Woolf and her Bloomsbury circle of free-spirited artists read each other's work and entertained each other with plays and pageants.

That's what Freshwater was. It was given one performance in her sister's art studio, on Jan. 18, 1935, and then it went back into a drawer — undiscovered until 1969.

Last year, producer Julie Crosby of The Women's Project placed the script into the hands of director Anne Bogart.

"It burned my hands, because I started leafing through it and the language just popped off the page, even before I had the plot," Bogart says. "My entire being said, 'Yes, I want to do this. This is great.' Because of the idea of Virginia Woolf writing a play for her family to perform for their friends is so full of the exuberance of theater in the first place — the amateur spirit that actually makes theater happen."

"She's very lovingly poking fun at these people who were so eccentric," Cregan says. "At the same time, they were all artists as well, just as she and her friends are."

Woolf started the play in 1923, but set it aside and rewrote it in 1935. Crosby says this production combines both versions.

"We read both scripts aloud and then it was about, 'Where do we get it? Where don't we?'" says Crosby. "Each script had something different to bear. The 1923 script, in many ways, was far more vivid about character, but had very little plot. And the 1935 version had far more dramatic plot, but it was much harder to center some of the characters."

"The plot is that here are these high-falutin,' oldish, long-bearded Victorians, one of whom — the painter Watts — has married Ellen Terry as a young adolescent," she says. "And it's essentially the story of Ellen Terry's escape from this place."

Actress Kelly Maurer, who plays Terry, says working on the piece was challenging: The play is filled with references to both the Victorian and Bloomsbury artists. So all the members of the acting company did research on their characters, the better to help the audience navigate what was originally a series of inside jokes.

"I do believe that we've built a piece, and [built] relationships amongst these wacky people," says Maurer. "Even if you don't get every single reference, you will get a feeling for them and the family that they are and the struggles that they're going through and how unique and funny and moving they all are."

According to Cregan, a Woolf scholar, the serious-minded author was aiming for giddiness in her only play. And she was very happy with its one performance in her lifetime.

"She thought it was a great lark," Cregan says. "She said it was 'tosh,' which is slang for frivolous and silly. And it is, it is that. That's very much part of her sense of humor."

And that little-known side of Woolf's personality is why the Women's Project has produced Freshwater.

"It needed a production," says Crosby. "A script is only a blueprint for what you build on the stage. And Anne Bogart has built a very beautiful play, from the blueprint left to us by Virginia Woolf."