Accessibility links
Novelist, Essayist John Updike Dead At 76 John Updike, the Pulitzer Prize-winning novelist, prolific man of letters and erudite chronicler of sex, divorce and other adventures in the postwar prime of the American empire, died Tuesday at age 76. He had lung cancer.

Updike For 'This I Believe'

The difference between painting and writing

Tuxedos and soul mates: A change encounter with Andy Warhol 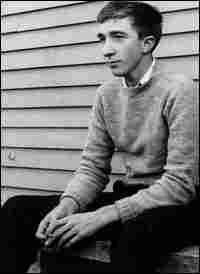 Updike, shown here circa 1955, published his first short story in The New Yorker when he was 22. Hulton Archive/Getty Images hide caption 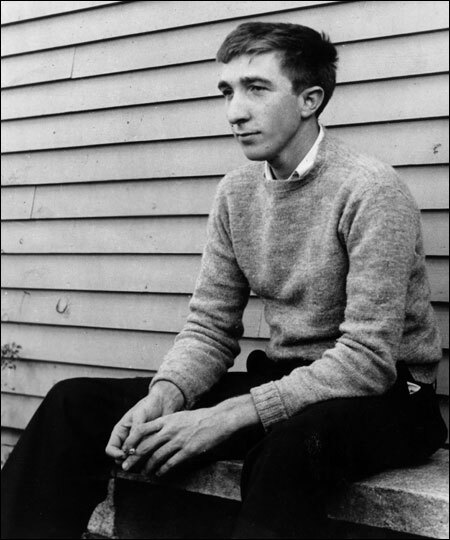 Updike, shown here circa 1955, published his first short story in The New Yorker when he was 22.

John Updike, the Pulitzer Prize-winning novelist, prolific man of letters and erudite chronicler of sex, divorce and other adventures in the postwar prime of the American empire, died Tuesday of lung cancer. He was 76.

Updike once claimed that he was 15 before he read his first novel, but thereafter, the author wasted little time in mastering the art of fiction. He published his first short story, "Friends from Philadelphia," in The New Yorker when he was 22, and his first novel, The Poorhouse Fair, five years later.

A literary writer who frequently appeared on best-seller lists, the tall, hawk-nosed Updike vowed early in his career to write a book each year. Working at this clip, he published more than than 25 novels and more than a dozen short story collections, as well as poems, criticism, a memoir and even a famous essay about baseball great Ted Williams.

Updike created his best-known character, a former high school basketball star named Harry "Rabbit" Angstrom, in the 1960 novel Rabbit, Run and later returned to the character in three more novels and a novella.

The "Rabbit" books deal with the character's struggles with growing up, losing his star status, a troubled marriage, adultery and children. Updike won the Pulitzer Prize and the National Book Award in 1982 for Rabbit is Rich and another Pulitzer in 1991 for Rabbit at Rest. He also received the National Book Award in 1964 for his novel The Centaur, which follows a depressed school teacher and his anxious son in rural Pennsylvania.

In 1998 Updike received the Medal of Distinguished Contribution to American Letters, a lifetime achievement award issued by the National Book Awards.

Throughout his career, the author never seemed to lose sight of the power of words. In a 2005 "This I Believe" essay he wrote: "I seem most instinctively to believe in the human value of creative writing, whether in the form of verse or fiction, as a mode of truth-telling, self-expression and homage to the twin miracles of creation and consciousness."

From NPR staff and AP reports