Accessibility links
An Ode To Clicky Keys NPR's Martin Kaste reminisces about his Model M keyboard, a tank of a machine that delivers a satisfying "click" with each key press. Unabashedly partial to this device, which shipped with early IBM computers, he's found a small factory in Kentucky that still makes them, as well as devout followers. 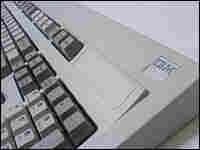 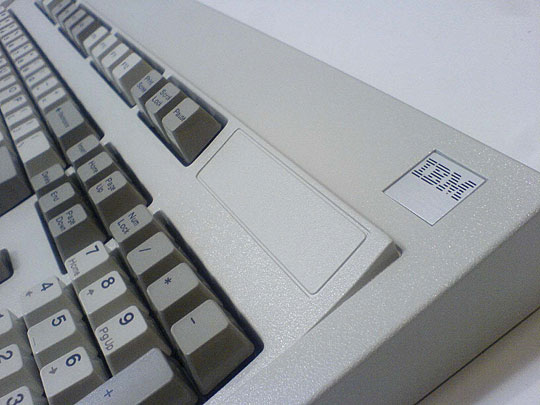 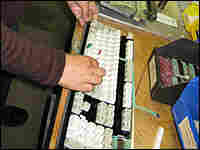 A worker at the keyboard factory inspects one before it is finished. Martin Kaste/NPR hide caption 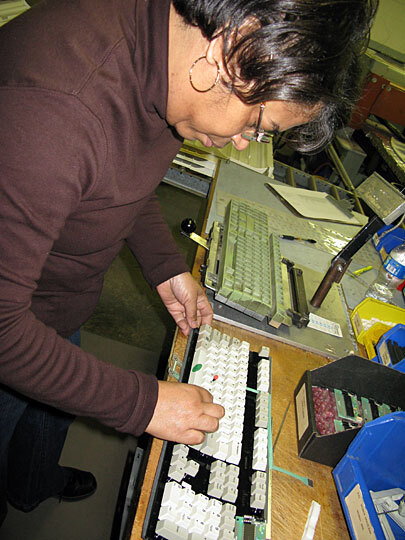 Bonnie Collins, a worker at the keyboard factory, inspects one before it is finished.

My All Things Considered story about the Model M keyboard is, of course, shot through with journalistic bias. I am unabashed in my preference for the metallic ring of an old keyboard's spring-loaded keys. I won't apologize for this partiality, but I will try to explain it.

Some old writer once said that in order to keep going, he needed to hear the scratch of the pen on the page (if someone out there remembers who this was, please remind me!). Obviously, this was succeeded by other noises: the zip of the platen, the thwock of the typebar, the electric jump of a Selectric "golf ball." Whatever the noise, it was a mechanical reality, perfectly synchronized with the moment a letter was committed to paper. Those noises were evidence of writing as a physical act.

This isn't necessarily good or bad, but it is different. Cheryl Lowry, the writer and Model M fan who opens my All Things Considered story, told me she writes differently when she switches to a manual typewriter. Her writing is more premeditated. She pauses to think before she commits words to paper.

(As an exercise in this kind of old-fashioned composition, Lowry occasionally practices what's come to be called "typecasting." She writes her blog entries on a manual typewriter, then scans in the image, typos and all.

The Model M is not a typewriter. But it may very well be the last computer keyboard designed to feel like one. Neil Muyskens, the fellow whose tiny Lexington company pckeyboard.com still makes the old-style keyboards, told me that when IBM set out to design the Model M in the 1980s, it was trying to emulate the feel of the Selectric (possibly the best electric typewriter ever made).

That's why the Model M has a spring under each key: When that spring buckles, it unambiguously communicates that fact to your fingertip. You feel the letter being made; there's no need to pound all the way to the bottom just to be sure. With the Model M, word processing retains an element of physical reality.

I am the first to acknowledge that this is all a matter of personal taste. People like what they like and get used to what they know. Plenty of wonderful writing comes thudding out of rubber-dome keyboards.

Still, it's funny to observe that the latest trend in digital devices is something called "haptics": battery-operated vibrations meant to make touch-screens click and respond under your fingertips.

But these are simulations! In a tiny factory in Lexington, Ky., somebody's still building the real thing. For now.

Inside A 'Clicky' Keyboard