Accessibility links
Bottle Or Breast: Which Is Best? For a decision as personal as whether or not to breast-feed, there is certainly a lot of public debate. But academic studies rarely have much to do with a woman's real, everyday experiences. Commentator Lynn Harris wades through the rhetoric and realities of the debate that has become, she says, "a tempest in a sippy cup."

Bottle Or Breast: Which Is Best?

Bottle Or Breast: Which Is Best? 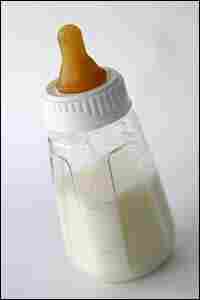 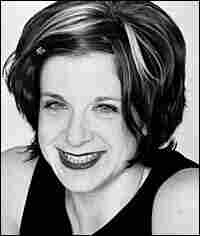 Lynn Harris is an award-winning journalist who writes for Salon.com, Glamour, the New York Times and many others. She is the author of the comic novel Death By Chick Lit and co-creator of BreakupGirl.net. Denise Winters hide caption

It happens every time, especially online: If someone dares suggest that breast may not, as the hoary admonition goes, be "best," out march the self-styled lacterati, harumphing that the research is flawed and the analysis is bad and — in at least one recent case — the writer is just working out her own guilt over not having been able to nurse herself. Unkind, yes, and missing the point.

The whole breastfeeding "debate," such as it is, is a tempest in a sippy cup. Arguing about which scientific studies prove what — even if one side someday clearly "wins" — is an academic exercise, utterly divorced from women's real, everyday experience. Because we don't read the Journal of the American Medical Association to decide whether, or how long, to breast-feed. We consider our bodies: Are we physically able to nurse in the first place? Or are we plagued, as I was with my first child, by plugged ducts and serious mastitis? We consider the child: Did we, luck of the draw, get one who just says no to latching? We consider our workplace: How long is our maternity leave? Where can we pump when we go back?

If breast is indeed best, then breast-feeding advocates would do well to stop calling formula "poison" and rhapsodizing about "bonding" and warning of the so-called "risks" of not breast-feeding. Anyone remember the 2005 public health campaign comparing not breast-feeding to riding a mechanical bull while pregnant? Just last month, a Canadian physician, frowning over a survey showing low nursing rates, called the failure to breast-feed a "recipe for disaster."

If that's the case, then would someone please tell the hospitals, who — according to a new study by the Boston University School of Public Health — may unwittingly discourage breast-feeding by creating "nipple confusion" with supplementary bottles and pacifiers? WomensENews reported this week that The Baby Friendly Hospital Initiative, launched 10 years ago by the World Health Organization to promote breast-feeding in maternity wards, has given its stamp of approval so far to only one public hospital out of 11 in New York City, and only 79 hospitals nationwide.

If breast-feeding is indeed a "public health issue," as some experts insist, then why not badger and guilt employers, not mothers? How about longer (paid!) leave, so women can nurse for at least a month or two, when breast milk's antibodies are said to do their most important work? How about providing places where women can pump — and not just at fancy law firms? Show me a lactation room at the Qwik Mart, and I'll show you a woman more willing to leave the maternity ward without her care package of free formula.

I was happy to nurse my two children, who were born into a supportive environment — starting with the hospital — where nursing was made a logistical possibility, not a moral imperative. Today, when it comes to our culture's image of motherhood, I'm much less concerned about the number of antibodies in my kids' system than I am about the number of busybodies in our collective face. (And how must the breast-feeding fuss make adoptive parents feel?)

For all the progress we've made (including the about-face we've done since the anti-nursing days of my own infancy), motherhood is perhaps even more scrutinized, and more impossibly idealized, than ever before. But our kids will be healthier, honestly, if we are left to pump — or not — in peace. 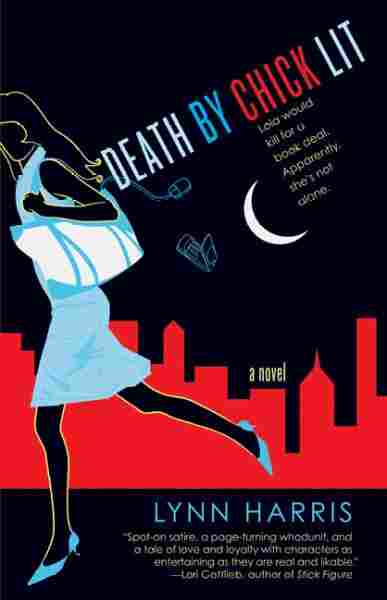